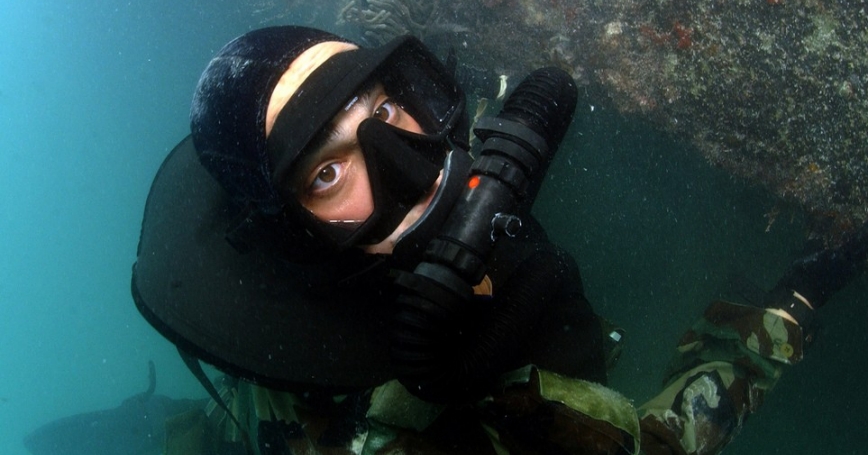 A U.S. Navy SEAL hangs on to a pier during a combat swimmer training dive

Global economic meltdown. Meteors from space. An unannounced visit from the in-laws. Surprises are a part of life. Whether they happen at home or at work, most people face unexpected events every day. Most surprises are merely unpleasant, while some require a rapid response, perhaps with lives or fortunes on the line. When crunchtime comes, who is best prepared for responding to surprise: a Navy SEAL, an NFL coach, or a Fortune 500 CEO?

Because surprises are by definition unpredictable, they often represent a blind spot in strategic planning. Nassim Taleb has famously made this point regarding completely unexpected events, so called “black swans.” His argument is that if all you have seen in your life is white swans, why would you ever expect the next one you see to be black? Yet sometimes they are. While it may not be possible to predict surprises in advance, it is completely predictable that there will be surprises.

Given that, we wanted to find out how professionals who confront surprise every day plan for the unpredictable and respond to the unexpected. To do this, we interviewed former ambassadors, military personnel, physicians, CEOs, and even an NFL coach. We encountered several useful strategies, including some that were common across most of the professions. Many seem like common sense, at least once you know about them. Others, frankly, surprised us. Overall, we found that the response strategies are determined by two key factors: the level of chaos in their environment and the time available to respond.

As an example, the Navy SEAL has very little control over his environment. As a result, virtually anything can happen. In addition, once the surprise occurs, a SEAL will typically have to respond within a matter of seconds, minutes at the most. For commandos like SEALS, it doesn't make sense to develop a response to everything that can go wrong, because that list is just too long. Instead, they focus on mission-essentials: What is the operation's goal? What is the route to the target? What are the primary threats the team is likely to face?

An NFL coach, on the other hand, works in a controlled environment where the universe of possible outcomes is finite. This offers the luxury of being able to plan for every eventuality — a luxury that anyone should take if they have the opportunity to do so. When a surprise unfolds on the football field — perhaps an interception or an on-sides kick — the coach's playbook is ready with a suitable response.

Our interviews also included sessions with a surgeon, an ambassador, a test pilot, a SWAT team commander, and several others. None of them lead dull professional lives, and they all shared some coping strategies in common: Everyone agreed that experience is the best insurance policy against the negative effects caused by surprise. We also found that they all take steps to reduce their environmental chaos. For example, the surgeon likes to perform operations with the same equipment and nurses; the test pilot only executes one maneuver at a time.

We learned that an effective response hinges on quickly recognizing what is happening before responding — this is why experience is so critical. When facing an unfamiliar situation, success requires knowing and applying more generic profession-specific protocols and methods. When time is short, as it often is for Navy SEALs, they rely on response methods that seek to control panic, buy time and apply learned protocols. When longer response times are an option, as in the case of the CEO, the playbook first focuses on controlling emotions and ego and then putting enabling actions into motion and developing a coherent response plan.

As researchers, we were surprised to observe that some of the largest surprises tend to come from third parties. For example, the Navy SEAL told us he was more afraid of the surprise potential from civilians rather than a direct adversary. The reason for this is that most professionals usually have a good understanding of their most direct threats; they understand the calculus that drives the behavior of their adversary (or competition). Third parties represent a larger potential for surprise because they represent a larger unknown. Put another way, the Navy SEAL knows how his adversary will react upon contact; the same cannot be said when encountering civilians.

So who is best in a pinch? The answer is that all three professions have something to teach us: The NFL coach is an expert in pre-planning; the SEAL is great under pressure; and a good CEO has become an expert in responding to strategic threats. They can all teach us something about how to handle events next time surprise knocks on our own door.

Dave Baiocchi is a senior engineer at the nonprofit, nonpartisan RAND Corporation. D. Steven Fox is a physician, assistant policy analyst at RAND, and Ph.D. student at the Pardee RAND Graduate School.

This commentary originally appeared in the October 2013 edition of Leadership Excellence magazine and on The RAND Blog on August 27, 2013. Commentary gives RAND researchers a platform to convey insights based on their professional expertise and often on their peer-reviewed research and analysis.