The Snowden Affair: Questions and Answers with Olga Oliker 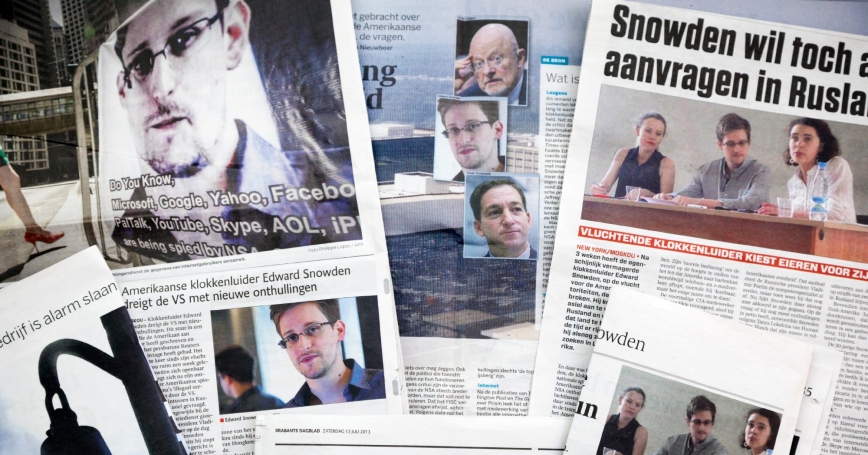 A collection newspapers with pictures and publications of Edward Snowden

The decision by Russia to grant temporary asylum to National Security Agency leaker Edward Snowden has put a chill on U.S.-Russian relations. The United States has agreed to go ahead with high-level talks with Russia's defense and foreign ministers in Washington on Friday, but cancelled a summit that had been scheduled between presidents Obama and Putin. RAND senior international policy analyst Olga Oliker provides insights about how the Snowden affair may further impact relations between the two nations.

RAND: Was it surprising that Russia granted temporary asylum to Edward Snowden?

Olga Oliker: It was and it wasn't. During the Cold War, the enemy of one's enemy—and hence often the accused or even convicted criminal of one's enemy—was one's friend. So if we were to look at it in a Cold War context, in which everything that is good for the U.S. is bad for Russia and vice versa, this would make a certain amount of sense. Today, however, it's pretty clear that the U.S. and Russia agree on some things, disagree on others, and have a complicated but not generally confrontational relationship. One of the things they surely agree on is that they, as nations, have the right to classify information and keep that classified information, and the ways such information is obtained, secret. In this context, it seems counterintuitive for Russia to grant asylum to a man accused by the United States precisely of revealing classified information and, potentially, the methods for obtaining it. Furthermore, there is an element of hypocrisy in Russian officials and pundits lauding Snowden as a human rights hero for his actions, when Russia itself has a terrible record on free political speech and indeed has recently been prosecuting political activists and opposition leaders on a variety of unrelated and seemingly trumped-up charges.

RAND: What did Russia have to gain by granting the asylum?

OO: My suspicion is that Russia backed itself into a corner on this one. It wasn't that they stood to gain much by granting asylum; it was that they thought that they stood to gain by not handing Snowden over initially. This was a way of demonstrating Russia's independence in the face of U.S. demands, playing to audiences foreign and domestic that support Snowden and see the U.S. as a bully on the world stage. But as Snowden's stay at the airport lengthened and there were fewer and fewer options regarding what could be done, the choice became one of extraditing him or granting him asylum. Extradition to the United States would have seemed like backing off from Russia's prior position, kowtowing to the United States. Moscow didn't want that. So while it probably didn't particularly want Snowden, either, it may well have felt it had little choice but to grant him asylum, at least for the time being.

RAND: How might the affair affect the long-term relations between the United States and Russia?

OO: Finding a mutually acceptable way out of this case will be a challenge. Russia has now granted Snowden asylum. It is unlikely to reverse that decision. While Russia and the United States have much in common, much also separates them, including U.S. concerns about Russia's human rights practices, irreconcilable approaches towards Syria and fundamental disagreement on Iran. Moreover, while the United States has consistently sought to engage Russia on areas of disagreement, Russia has often seemed more interested in highlighting its divergence from U.S. views than seeking solutions and ways ahead. In this context, Russia's support for Snowden seems almost an example of seeking a quarrel with the United States, especially given, as I mentioned above, Russia's own interests in keeping classified information secret. It is no wonder, then, that the Obama administration is questioning whether strong ties with Russia are worth the bother. This is not to predict a new Cold War, by any means. Rather, we can expect a period where the United States just doesn't try as hard to work with Russia and resolve disagreements, and both countries press forward with their agendas. We might expect more anti-U.S. rhetoric from the Russians. However, one could argue that given the tension now in evidence, this will not be such a stark change. This said, a cooler relationship will likely cost Moscow what limited ability it now has to influence U.S. policy, and it might preclude some cooperation and coordination that would benefit both nations. This cooler relationship may linger for a while, but when the two countries genuinely share goals once again, I am confident they will find a way to cooperate.