Things Could Get Worse in Egypt 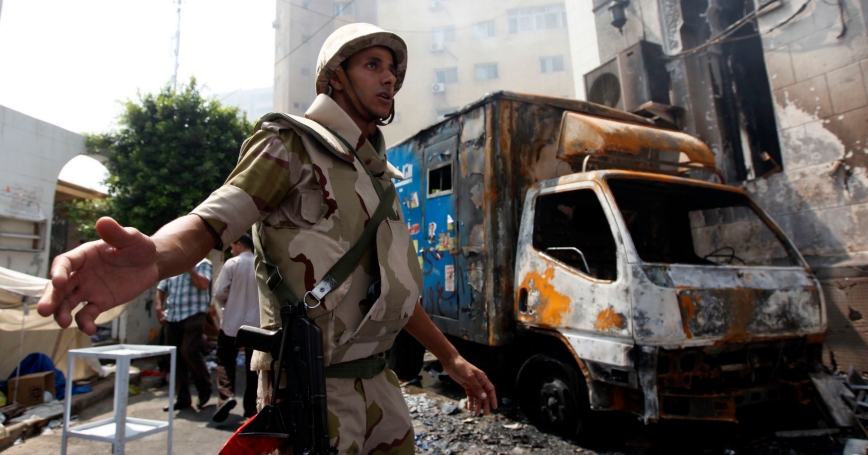 A soldier stands outside the burnt Rabaa Adawiya mosque in Cairo

As terrible as yesterday was in Egypt, things could get worse, says Jeffrey Martini, a RAND Middle East analyst. While the military-ruled government appears to be trying to break the neck of the Muslim Brotherhood, one shoe that hasn't dropped is the arrest of senior Muslim Brotherhood leaders like General Guide Mohamed Badie and Vice Chair of the Freedom and Justice party Essam El-Erian. Nor have there been wide scale arrests of Brotherhood rank-and-file using the authorities granted by the emergency law.

“If taken,” Martini says, “these measures would exacerbate the situation further.”

The Muslim Brotherhood has an 85-year history in Egypt, and is deeply embedded in society as not only a political force, but also a social service provider.

“It has a core base of support that cannot just be willed away,” Martini said. “Any hope of democracy in Egypt requires participation by Islamists,” Martini added, “and it doesn't look like the ruling authorities are interested in that right now.”

The United States provides more than $1 billion in aid to Egypt each year, but U.S. aid relative to Egypt's GDP has fallen 10-fold over the past two decades. American aid is also eclipsed by contributions from Arab Gulf states. The United States canceled a joint military exercise with Egypt today.

“Given the stakes of the confrontation for Egypt's domestic actors,” Martini said, “the administration has little leverage to bring to bear.”