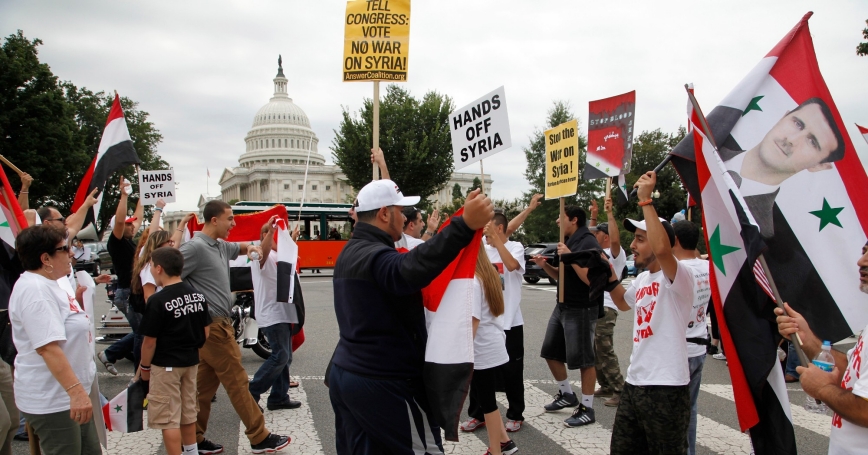 Syrian Americans rally in support of the Bashar al-Assad regime and against proposed U.S. military action against Syria

President Barack Obama made a strong case that the United States should take the lead in punishing the Syrian regime for its use of chemical weapons and actively enforce the near-global ban on these weapons. Now, the possibility of a diplomatic solution to this problem — and the concurrent pause in action — offers an opportunity to alter and improve the request for the authorization of force currently before Congress.

Improving authorization is not simply about punishing Syria over its alleged use of chemical weapons — it would actually be a deterrent rather than punitive, and would encompass all uses of chemical weapons in Syria by any group, including the opposition. This revised approach would reinforce the credibility of U.S. diplomatic efforts without necessitating a limited military strike that would likely derail a diplomatic solution. And it would also recognize the muddled history of constrained military action against dictatorships....

This commentary originally appeared on CNN on September 19, 2013. Commentary gives RAND researchers a platform to convey insights based on their professional expertise and often on their peer-reviewed research and analysis.