Americans' Hearts, but Not Necessarily Wallets, Will Be Open for Victims of Navy Yard Shootings 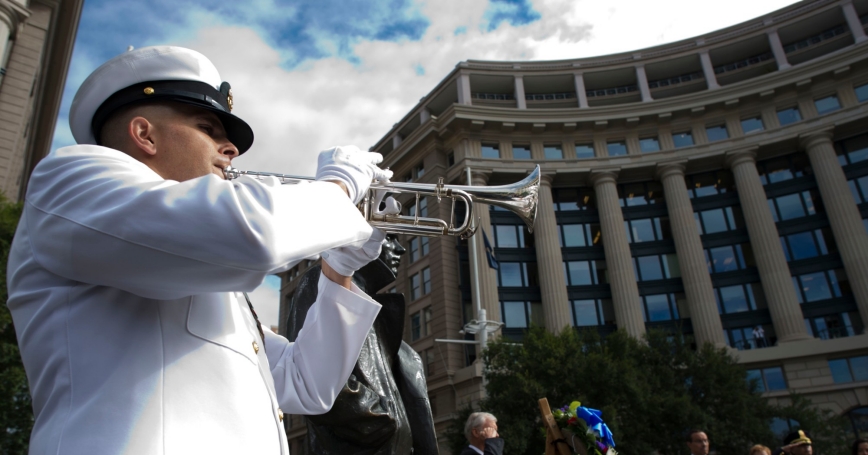 A bugler plays taps at a ceremony to honor the 12 victims of the Navy Yard shooting in Washington, D.C.

photo by Erin A. Kirk-Cuomo / Dept. of Defense

Comparisons are already being drawn between Monday's terrible events in the Washington Navy Yard and other recent high profile mass shootings, including those that occurred last year in Newtown, Conn., and Aurora, Colo. However, one way in which this shooting may differ from other events is in who — if anybody — provides financial compensation for those who are injured.

Americans have a long history of generosity following mass shootings and similar tragic events. After this year's Boston marathon bombings, businesses and individuals donated nearly $70 million to One Fund Boston, which recently made payments to over 200 individuals injured in the attack. Similar philanthropic funds were established in the wake of mass slayings at Columbine, Colo., in 1999, Virginia Tech in 2007 and Aurora. Such funds have collectively disbursed tens of millions of dollars to victims and their families. As Ken Feinberg, a RAND Trustee and frequent administrator of victim funds has stated: “The exchange of money constitutes public acknowledgement of injustice and loss. It can serve as an expression of citizen support, the community standing as one with the victim.”

However, not all mass shootings lead to a public outpouring of financial support and rapid payments. One factor that seems to affect Americans' willingness to give is whether an event took place in a public or workplace setting. For example, no victim fund was established after the 2009 shooting at Fort Hood, Texas, which occurred on a military base, and controversy continues over whether victims should be eligible for various government benefits. Relative to the number killed and injured, philanthropic donations to victims of the 1995 Oklahoma City bombing were also comparatively modest, and the fact that a substantial share of contributions remains unspent has drawn the ire of some victims' groups.

Why is timely, efficient, and fair implementation of compensation programs so important? Recent survey evidence collected through RAND's American Life Panel indicates that nearly 90 percent of Americans would advise friends and family members injured in a mass shooting to pursue litigation to obtain compensation for their injuries, despite the fact that many respondents express deep concern regarding the emotional and financial costs of such lawsuits. However, interest in pursuing litigation falls appreciably when compensation is available from other sources. While money cannot fully compensate victims for what happens during a shooting, financial assistance paid generously and promptly can allow people to more easily move beyond tragedy and begin to rebuild their lives.

A new fund for victims of the Navy Yard shooting was announced this morning, and it remains to be seen how generous the public will be in this latest tragedy. However, compensation for victims will likely be available through the workers' compensation system, which provides insurance for workplace injuries. Those who administer these funds have an important task ahead, which is to ensure that those harmed in this tragedy receive fair financial compensation and that they receive it promptly. Efficient and compassionate handling of legitimate claims will avoid harming victims a second time by forcing them into lengthy, costly, stressful, and possibly unsuccessful litigation.

Paul Heaton is a senior economist and director of the Institute for Civil Justice at the nonprofit, nonpartisan RAND Corporation. He is also a professor in the Pardee RAND Graduate School.