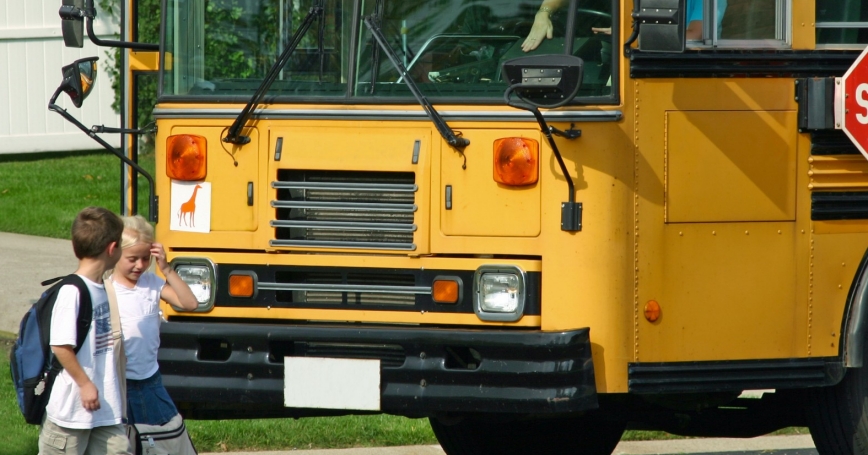 But in other parts of the world, the logistics of getting millions of children to and from the right school, on time, safely, relatively quickly and for a reasonable cost is a significant challenge. Yet kids' education, and therefore their futures, depend on school transportation.

Like many places in the Middle East and around the world, Qatar, where I live now, wanted to develop the school transportation system in its capital, Doha. It sought to improve safety, efficiency and quality of service. Qatar wanted its school transportation system to draw from international best practices (such as in the United States) and also meet Qatar's unique circumstances and needs.

In Qatar only about one-third of children travel to and from school in buses, which are typically coach buses designed for tourists and interstate travel. The rest are driven. This means a lot of time and money is lost by parents battling traffic to schools twice every day. It also means more pollution and traffic jams around schools.

In a survey conducted by RAND Corp., the main reasons parents cited for not using the bus were children's preference for a private car, the length of time on the bus, safety concerns and the lack of available bus service in some neighborhoods.

Factors that make school transportation in Qatar different from other places include the heat and too few sidewalks. In the summer, temperatures can rise to over 110 degrees. So buses have to be air-conditioned. Since children cannot stand for long periods in the heat waiting at bus stops, and since many neighborhoods do not have sidewalks or safe places for children to congregate outside, buses often stop at every house.

Another factor: Most children go to all-girls or all-boys schools, so boys and girls ride separate buses.

We came to recommend safety standards for school buses, route planning to make fleet operations more efficient and data collection to monitor operations, communicate policies and better manage students. We also suggested developing protected "school zones" with measures to enhance traffic flow, designated areas for loading and unloading of students and traffic-calming mechanisms. Doha has begun to test this out, as its Public Works Authority has piloted converting the areas around a few schools into safer school zones.

The yellow school bus is an American icon. It is also one of the safest modes of transportation. Other drivers recognize a school bus because it is yellow. A crossing arm with a stop-sign and flashing lights alerts drivers to stop while children are getting on or off the bus. Padded high-back seats compartmentalize kids, protecting them like an egg carton protects eggs. Sides are reinforced and glass is shatterproof.

The next time you see a school bus, take a moment to consider how much thought and effort is required to make the U.S. school transportation system one of the best in the world — instead of taking it for granted.

This commentary originally appeared in Pittsburgh Post-Gazette on September 9, 2013. Commentary gives RAND researchers a platform to convey insights based on their professional expertise and often on their peer-reviewed research and analysis.