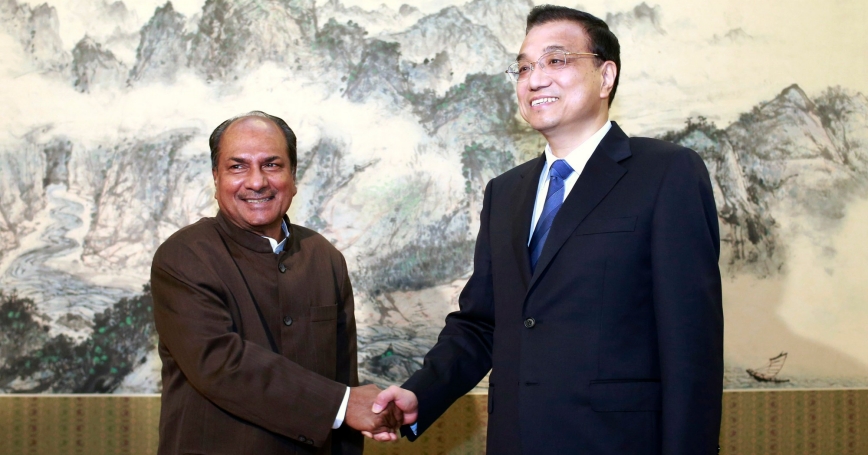 Washington sees Indian power as part of the solution to the challenges posed by the rise of China, but this view underestimates the complex, sometimes inter-related challenges America will face as both Asian giants become more powerful. That's the conclusion of our essay, Double Trouble: A Realist View of Rising Chinese and Indian Power.

In our piece, just published in The Washington Quarterly, we warn against assuming India's rise will simply offset the growing power of China. The full text can be found here.

Drawing on an empirical, side by side comparison of Chinese and Indian national interests and international actions, we suggest it is far more likely that India and China will each pose significant challenges to U.S. interests, albeit of different kinds. India will be no less likely than China to pursue vigorously its own interests, many of which run counter to those of the United States, simply because it is a democracy.

A nuanced realist perspective predicts that a more powerful India will pursue its own interests, and many of those interests will be closer to China's than to those of the United States. To be sure, tensions between India and China over a range of security issues, not least the demarcation of their mutual border, will limit China-India strategic cooperation and ensure that India continues to look for political and military support from the United States.

But rather than a hopeful future where the two rising Asian giants balance each other to the benefit of the existing superpower, the rise of China and India is more likely to present compound challenges, particularly with respect to maintaining workable multilateral institutions and global governance regimes, dealing with troubled states and rogue regimes, dampening regional security competition in Asia, and managing strategic nuclear arms dynamics and nonproliferation.

George J. Gilboy and Eric Heginbotham are co-authors of Chinese and Indian Strategic Behavior: Growing Power and Alarm (New York: Cambridge University Press, 2012). Heginbotham is a senior political scientist at the nonprofit, nonpartisan RAND Corporation. Gilboy is a researcher at the Massachusetts Institute of Technology Center for International Studies.