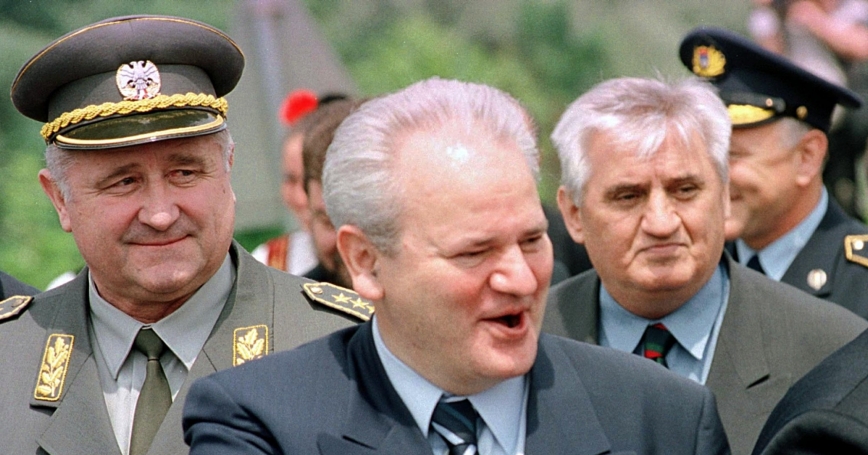 Facing the possibility of U.S. military attack, Bashar al-Assad should worry about his long-term future. But based upon the historical record, any American military attack is more likely to be aimed at coercion than at threatening his immediate survival as president of Syria.

The U.S. has launched a series of measured air attacks in recent years — sometimes with the objective of hastening regime change, but more often as a deterrent or to issue a statement about American will and intent. But such surgical strikes have rarely meant the downfall of embattled regimes.

Serbia under Slobodan Milosevic was the target of an escalating NATO bombing campaign in 1999, which focused on Serbian security targets and Milosevic's hard line cronies and was intended to bring about the withdrawal of Serb forces from the breakaway province of Kosovo. Milosevic was subsequently indicted as a war criminal, but continued in the presidency for another year. It was not the air campaign that brought him down, although it certainly weakened him politically. He was forced out of office following a disputed election and mass demonstrations when the army informed him that it would not protect him against violent overthrow. This was the shortest time between an initial coercive military action and a departure from office. Other targets of U.S. military strikes have survived a decade or more.

Libya's Muammar Qaddafi survived America's bombing of Tripoli in 1986, which was carried out in response to evidence of Libyan involvement in a terrorist attack in Berlin where two American soldiers were killed. Libya retaliated two years later when Libyan agents planted a bomb aboard PanAm flight 103, killing 270. Qaddafi subsequently paid compensation for the attack and eventually cooperated with the United States by abandoning its efforts to develop weapons of mass destruction and assisting with intelligence on al Qaeda terrorists. Qaddafi eventually was brought down by rebels who were heavily assisted by NATO air power, but that was 25 years after the American attack, and followed months of air strikes during the 2011 civil war.

Relations between Iran and the United States have been mostly hostile since the Iranian seizure of American hostages in 1979. In 1987, the United States bombed Iranian facilities in the Persian Gulf in response to an Iranian attack on an American-flagged Kuwaiti tanker, making the point that the Gulf would be kept open to trade. These attacks may have succeeded in their goal of deterring Iran from attacking shipping in the region, but they had no long-term effect on the Iranian regime's survival.

In response to an attempted assassination of former President George H. W. Bush during a trip to the Middle East, the United States sent cruise missiles to attack the Iraqi Intelligence Service in 1993, and conducted further missile and air strikes against Iraq in 1996 and 1998. The regime of Saddam Hussein was neither targeted, nor toppled. It would be years before the 2003 American led invasion of Iraq, with its combination of air and ground power, succeeded in deposing Hussein.

Following al Qaeda's bombing of two American embassies in Africa in 1998, the United States bombed al Qaeda training camps in Afghanistan and a suspected chemical weapons plant in Sudan. The attack had no effect on either the Afghan or Sudanese regimes and may have even emboldened al Qaeda's growing terrorist campaign. It was not until 9/11 that the United States went to war — again, using a combination of air and ground power — toppling the Taliban government and dispersing al Qaeda's central core.

Like the measured attacks that may soon strike Syrian targets, America's first military attacks on Serbia, Libya, Iraq, Sudan, and Afghanistan were not aimed at regime change. Their purpose was to retaliate for attacks or coerce changes in policy. And there the record is poor. But in the cases of Serbia, Libya, Iraq, and Afghanistan, the regimes survived until overthrown by domestic opponents or the United States returned to make a much larger military effort aimed at regime change. The Assad regime may still fall, but a few U.S. missiles won't be decisive.

Brian Michael Jenkins is senior adviser to the RAND president and the author of “Al Qaeda in Its Third Decade: Irreversible Decline or Imminent Victory?” and the commentary “When Armies Divide.”

This commentary originally appeared on The RAND Blog and GlobalSecurity.org on September 6, 2013. Commentary gives RAND researchers a platform to convey insights based on their professional expertise and often on their peer-reviewed research and analysis.