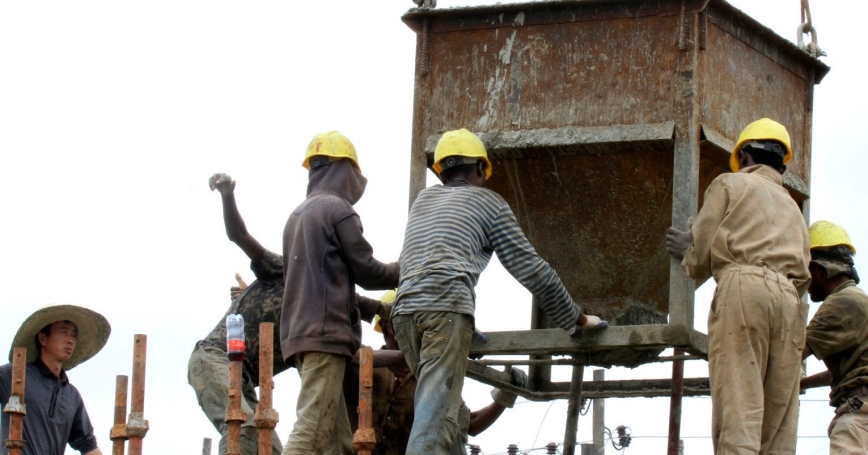 With the world's second largest economy, China has the capacity to engage in substantial programs of economic assistance and government-sponsored investments in 93 emerging-market countries. In the first decade of the 21st century, China has expanded and directed this capacity in these countries for both their benefit and for China's own benefit.

A new study from RAND examined the scale, trends and composition of these programs in the emerging-market economies of six regions: Africa, Latin America, the Middle East, South Asia, Central Asia, and East Asia.

In general, China's use of foreign aid and government-sponsored investment activities has burgeoned in recent years, with an emphasis on increasing supplies of natural resources — especially energy-related resources, as well as ferrous and non-ferrous metals — and building infrastructure. Newly pledged aid from China was $124.8 billion in 2009, $168.6 billion in 2010, and $189.3 billion in 2011 — all far above the $1.7 billion it pledged in 2001.

Loans that include substantial subsidies provide financing for most of these programs, but the loans are accompanied by rigorous debt-servicing conditions that distinguish China's foreign aid from the grant financing that characterizes development aid provided by the United States and other nations of the Organization for Economic Cooperation and Development.

The RAND research found that Latin America received more aid from China than any other region between 2001 and 2011. In Africa, aid has been focused on a mix of natural resource programs and infrastructure, while Middle East countries have received aid aimed at debt forgiveness, oil and gas projects, and railway construction. Aid in South Asia has focused on infrastructure and financial aid while Central Asia received relatively little aid. Most assistance was offered to fund oil, natural gas, and mining projects.

Whether the scale of China's aid will increase, decrease, or remain the same in coming years is unclear. Facing slower economic growth, some policymakers in China may seek to maintain or even increase aid as a valuable stimulus for exports. If China's industrial demands for natural resources continue to grow, China may have incentives to expand supplies through aid agreements with developing countries and regions. On the other hand, financing for its foreign aid programs may become increasingly constrained as a result of China's slowing economic growth, and of competing domestic claimants.