Punishing the Wicked in Syria 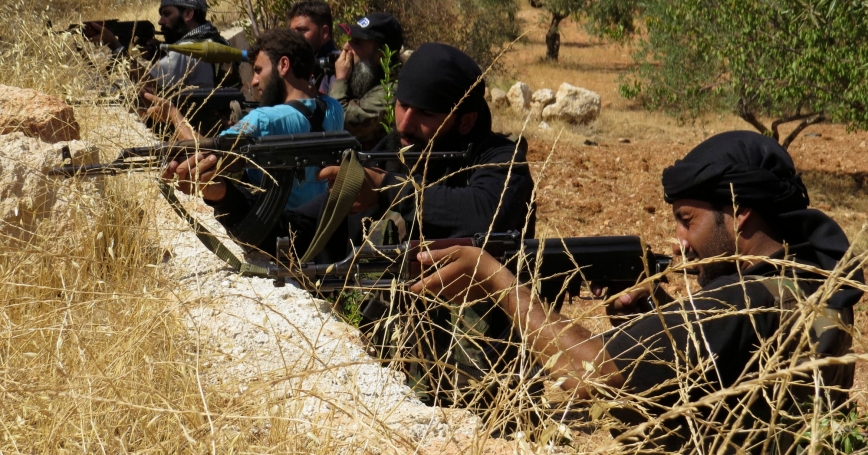 If the United States and its allies respond to Syria's alleged use of chemical weapons with a military strike, it will reflect a novel development in Just War Theory in the 21st century. Military action against Syria could be justified in part by a simple moral revulsion at what Syrian President Bashar al-Assad has done. In other words, the U.S. and its allies might use lethal force not in self-defense but, to use the phrase employed by classical and medieval thinkers, to punish the wicked.

Just War Theory — a body of thought developed by Christian theologians over several centuries and adopted in secularized form by modern international law — sought to limit both the ends and the means of warfare. Most contemporary descriptions, especially those reflected in international law, recognize only one legitimate cause for the use of force: self-defense. But it was not always so.

In earlier formulations of Just War advanced by thinkers like Francisco Suarez and Hugo Grotius, kings were expected to use force for a broad array of reasons, not merely defense against an invading foreign army. Just causes included recapturing stolen property, securing compensation for damages done by a foreign citizen, defending the innocent, and punishing the wicked. Because Christian Europe (supposedly) shared a single normative framework, identifying “the wicked” was less problematic than it is today. Pirates, cannibals, practitioners of human sacrifice, and unusually cruel tyrants were “the wicked” who kings had a duty to fight.

This vision of Just War passed with the advent of modernity and ideological pluralism in the public sphere. The wars of religion, contact with the New World, and growing secularism made it more difficult for individual kings to judge the moral failings of other sovereigns. Secular international law generally recognized self-defense as the only just cause for the use of force.

The situation began to change, slowly, after World War II and the worldwide reaction against the horrors of the Holocaust. The Genocide Convention of 1948 made genocide an international crime and called on all signatories to punish its perpetrators. After the international community's failure to stop the genocide in Rwanda in 1994, the same logic led to the development of the “Responsibility to Protect” norm. The authors of the “Responsibility to Protect” doctrine explicitly tied it to Just War thinking. They argued that the prevention or halting of genocide, ethnic cleansing, war crimes, or crimes against humanity constituted a just cause for the use of force. The international community unanimously endorsed the norm at the 2005 World Summit.

In other words, the international community has once again defined a global standard of “the wicked” against whom sovereign states have a duty to fight. Instead of pirates and cannibals, it is war criminals and genocidaires.

This appears to be the implicit argument for military action against Syria. The U.S. has generally not argued that Syria is an immediate threat to its own national security. Some policymakers have argued that the Syrian civil war is a threat to “regional stability,” which threatens the west in some vague, undefined way. But the “regional stability” argument is weaker than it seems: there are many unstable regions that do not threaten the west, and it is unclear why the use of chemical weapons would be any more concerning to the U.S. than the civil war itself.

President Obama made it clear what American intervention would be about when he drew his “red line” at the use of chemical weapons. The Syrian civil war is of concern to U.S. security interests, but its urgency has been heightened by the weight the violence has thrust upon the U.S. conscience. Bashar al-Assad is doing terrible things, tens of thousands of people have died, hundreds of thousands have suffered, and millions have fled their homes. The belief that the U.S. and its allies should use their power to alleviate human suffering and make the world a more just place is motivating the call from some corners for intervention in Syria.

Many critics, wary of undertaking a moralistic crusade, oppose any intervention on these grounds and resist the idea of using force to “punish the wicked.” This vision of international affairs would have the world stand aside, so long as trouble crosses no borders. This is an unrealistic and ahistorical understanding of politics among nations. Moral norms have always played a role shaping policymakers' conceptions of security and threat, right and wrong, and interests and values.

That does not mean advocates of intervening in Syria have the best argument. In fact, the argument for intervening in Syria now, rather than earlier, is weak. Waiting until chemical weapons were deployed could send the message that intervention is dependent not on the extent of the violence, but on its means. The international community has made a grave error by treating weapons of mass destruction as a different moral instrument, rather than simply a different tactical one. Had the U.S. successfully deterred Assad from using chemical weapons, it would have prevented less than one percent of the deaths in Syria's civil war thus far.

If the United States and its allies choose to intervene in Syria, it will largely be because of global outrage at Syria's barbaric conduct. United action against the rising tide of barbarism may be a wise and laudable use of U.S. military power. But it should only be wielded under a consistent and rational standard, not just as a visceral reaction to images we see on YouTube.

Paul D. Miller is a political scientist at the nonprofit, nonpartisan RAND Corporation.

This commentary originally appeared on RealClearDefense on September 10, 2013. Commentary gives RAND researchers a platform to convey insights based on their professional expertise and often on their peer-reviewed research and analysis.