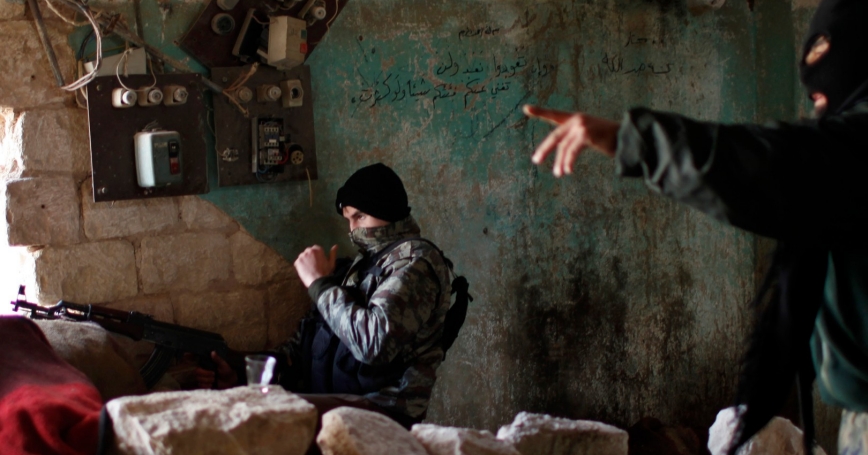 The escalating war in Syria presents a growing threat to the Middle East and the West more broadly. Led by groups like Jabhat al-Nusra (the Victory Front), an al-Qaeda-affiliated organisation, Syria is becoming a training ground for foreign fighters and a microcosm of sectarian conflict. Over the past year, an increasing number of fighters have travelled to Syria from other areas — including the West — in an effort to topple the Assad regime, where some have joined Jabhat al-Nusra and other rebel groups. These fighters are gaining valuable experience in combat, bomb-making, propaganda and counter-intelligence. Most are developing relationships with fighters from other regions — such as the Persian Gulf, North Africa and South Asia — and becoming more ideologically committed. In addition, these ties are being used to transport greater amounts of money, lethal aid and non-lethal material to the Syrian front.

Three developments in Syria have particularly significant, long-term implications. Firstly, Syria is contributing to a resurgence of extremism that is becoming reminiscent of Afghanistan in the 1980s. It is increasingly a critical training ground for committed fighters and an ideological incubator for violent jihad. In Join the Caravan, Abdullah Azzam, who helped foreigners trek to Afghanistan in the 1980s to fight the Soviets, implored Muslims to rally in defence of Muslim victims of aggression and restore Muslim lands from foreign domination. Azzam's call for jihad as an obligation, or fard ayn, for all Muslims is echoed in the words of extremists today beckoning Muslims to Syria. In June 2013, leading Sunni religious scholars in Egypt issued a fatwa declaring that it is a religious obligation for all Muslims to provide human, financial and material support to the Syrian opposition. Secondly, this rise in extremism will almost certainly undermine the likelihood of achieving stability in Syria over the next several years. In the event of a collapse of the Assad regime, sub-state actors infused with money, fighters and materiel from external patrons will likely compete with each other for control of the state. Thirdly, some of these extremists may move to other war zones in the Middle East or North Africa, or even travel to the West. Foreign fighters have historically been agents of instability....

The remainder of this commentary can be found at iiss.org.

Seth G. Jones is associate director of the International Security and Defense Policy Center at RAND, adjunct professor at Johns Hopkins University's School for Advanced International Studies, and author most recently of Hunting in the Shadows: The Pursuit of Al Qa'ida Since 9/11 (New York: Norton, 2012).

This commentary originally appeared in Survival: Global Politics and Strategy on August 1, 2013. Commentary gives RAND researchers a platform to convey insights based on their professional expertise and often on their peer-reviewed research and analysis.