The Desirability of 'Free' C-27s for the U.S. Forest Service 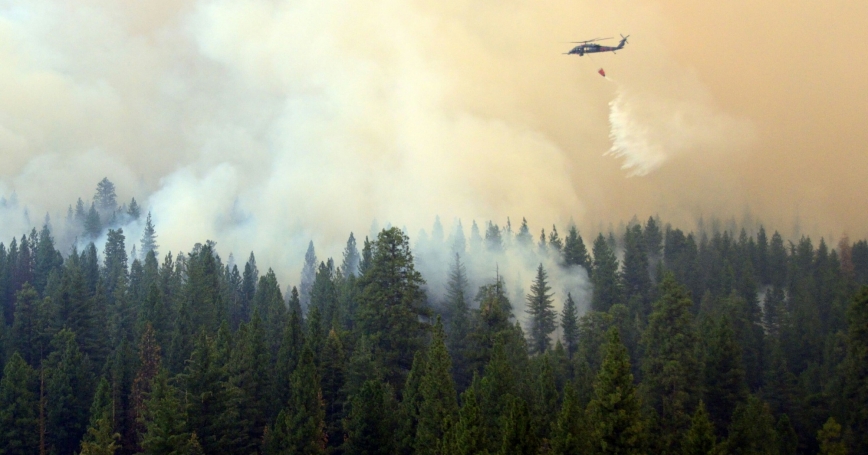 As wildfires continue to burn in and around Yosemite National Park, members of Congress have proposed giving used Air Force C-27J cargo aircraft to the U.S. Forest Service to use as retardant-bearing airtankers. Is this an effective use of scarce tax dollars for wildland firefighting?

In 2012, RAND published Air Attack Against Wildfires, an assessment of the most cost-effective portfolio of firefighting aircraft for the Forest Service. Our analysis focused on initial attacks capable of containing small fires before they become large and costly wildfires like those affecting California and other states.

We found that a portfolio largely made up of water-carrying “scooper” aircraft capable of picking up water from nearby lakes, rivers, and oceans would be most cost effective. A smaller number of retardant-bearing airtankers would be needed to fight fires that are not proximate to water sources.

When appropriate water sources are available, scoopers outperform airtankers, which must land at an airport to reload. Scoopers, which can cycle many times per hour, can deliver more water than an airtanker can drop retardant in any given period. The Yosemite fire, for example, started within a few miles of several large lakes and reservoirs.

Subsequent to our research, the Air Force decided to retire its C-27Js. Some of these could be given to the Forest Service. A recent Forest Service-commissioned study (PDF) notes that these C-27Js can be configured to carry up to 1,850 gallons of retardant. These C-27Js would be more economical than the 3,000-gallon commercial airtanker on a per-gallon basis, since the Forest Service would not have to pay their acquisition cost. Although there would be some costs associated with developing the tanking system, these should be small relative to the cost of buying new aircraft.

Although we believe that a scooper-centric firefighting aircraft portfolio for initial attack would still be preferred, Air Force-provided 1,850-gallon C-27Js could be a cost-effective component of the retardant-bearing portion of the Forest Service's airborne firefighting arsenal.

Edward G. Keating is a senior economist and Daniel M. Norton is a senior management systems analyst at the nonprofit, nonpartisan RAND Corporation.