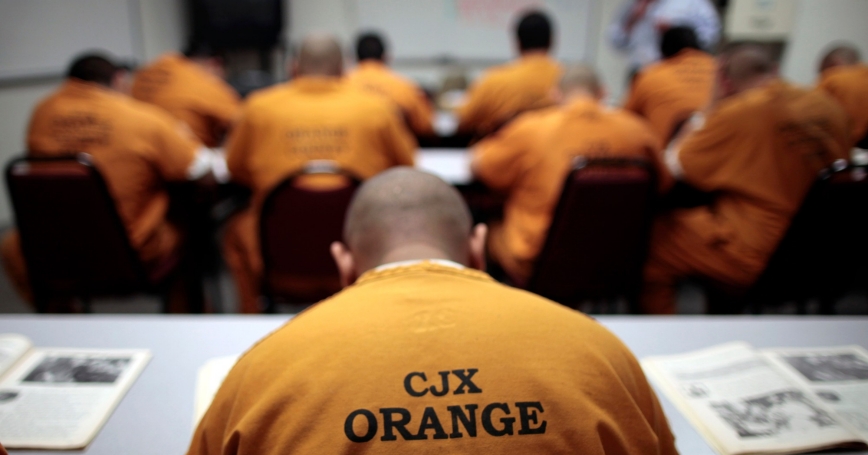 If California is serious about reducing its prison population, one crucial component will have to be reducing recidivism. Currently, a lot of the state's inmates are men and women who've been in prison more than once. They get out, they have little training or education, they can't get jobs and, in many cases, they return to lives of crime and find themselves back behind bars.

But a major new study of correctional education in U.S. state prisons suggests there are things California could do to slow that revolving door. Our research demonstrates that ex-offenders' futures may depend on what, if anything, they learn while behind bars.

Nationwide, state prison systems are struggling with budget constraints that require tough choices. Cutting rehabilitative services that provide correctional education and vocational training may seem like a tempting way to plug short-term budget gaps, but it actually ends up costing the system more over time — and squandering lives that could have been transformed.

Each year, more than 700,000 people are released from American prisons, but within three years of their release, four out of 10 of them end up back behind bars, guilty of committing new crimes or violating the terms of their release. If prisoners had more access to education and training while incarcerated, those numbers might change dramatically.

My Rand Corp. colleagues and I recently completed a national study examining all the evidence on the effect of correctional education on recidivism and employment. We found that inmates who participated in correctional education programs — remedial education to develop reading and math skills, GED preparation, postsecondary education or vocational training — were 43% less likely to return to prison within three years of release in comparison to those who did not participate. That's a 13-percentage-point reduction in the risk of reoffending.

Inmates who receive correctional education behind bars are not just significantly less likely to return to prison; they are also more likely to find jobs after being released. Prisoners who participated in academic or vocational education programs had a 13% better chance of finding employment than those who did not. And prisoners who participated specifically in vocational training programs were 28% more likely to be employed after release from prison than those who were left out.

Vocational training programs are generally linked to specific job skills, including welding, computing, culinary arts, construction trades and auto mechanics, but inmates can also benefit from classes that provide training in how to find jobs and interview for them.

With times being tough and budgets tight, state policymakers, corrections officials and correctional education administrators will rightly ask whether the cost of providing such programs are worth the gains in lower recidivism. Our research shows that it is.

And these savings estimates are, if anything, conservative: We did not look at the indirect costs of recidivism, such as the financial and emotional tolls on crime victims and the costs to the criminal justice system as a whole, including policing and court costs.

Failing to invest properly in education and training programs carries real risks, thrusting more uneducated and ill-equipped ex-cons onto the streets. And in California, that investment needs to be made not just in state prisons but in county jails too, since realignment has meant that many offenders who would have served their terms in prison are incarcerated in jails instead.

The benefits of inmate education can extend far beyond prison walls. When former inmates are able to land jobs and stay out of prison, their families and communities gain too.

Lois Davis is a senior policy researcher at the Rand Corp. and the author of “Evaluating the Effectiveness of Correctional Education: A Meta-Analysis of Programs That Provide Education to Incarcerated Adults.”

This commentary originally appeared in Los Angeles Times on September 16, 2013. Commentary gives RAND researchers a platform to convey insights based on their professional expertise and often on their peer-reviewed research and analysis.