US Should Keep Focus on Syria, Not Iran 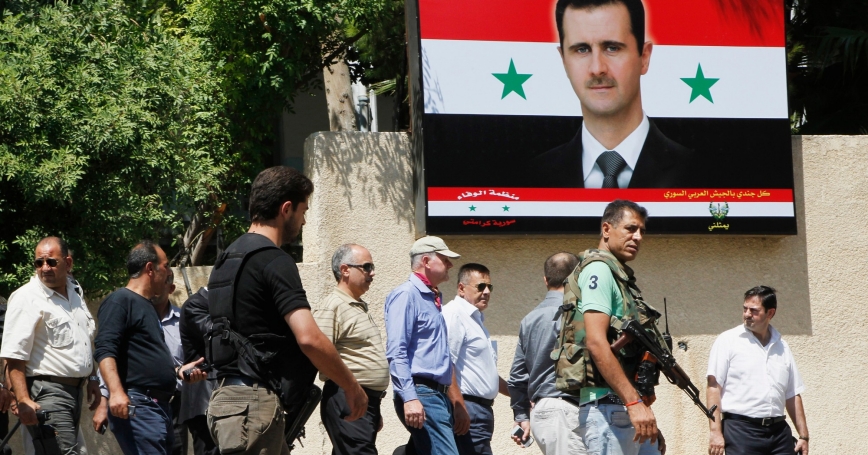 As US Congress begins its debate about whether to authorize force in Syria, there will no doubt be a temptation to draw on arguments that a failure to send a forceful message to Bashar al-Assad may only embolden Iran, undermining US President Barack Obama's assurance to Israel that the United States “has its back” when it comes to preventing a nuclear-armed Iran.

With Israelis lining up for gas masks and some Iranian lawmakers threatening retaliation against Israel in response to US-led strikes on Syria, concerns about Israeli security and the “message” US action (or inaction) will send to Iran will likely be a key feature in congressional deliberations.

Such considerations will no doubt draw on Israeli leaders' own reactions to the Syria crisis, where there may be as much concern with Iran as with the Syrian gas attacks. As Israeli Prime Minister Benjamin Netanyahu put it in a tweet days after the Aug. 21 chemical weapons attack, “What is happening in Syria, simply demonstrates what will happen if Iran gets even deadlier weapons.” In following days, Israeli Intelligence and Strategic Affairs Minister Yuval Steinitz argued it is “crystal clear” that Assad used chemical weapons and “what happened in Syria should remind us of how dangerous it is if Iran is able to complete its military nuclear project and produce atomic bombs.”

Israeli officials have since shown more restraint in their public statements, seeking to maintain neutrality and focusing on preparation for possible attacks. But the temptation to draw on arguments about the precedent this crisis may establish vis-a-vis Iran is likely to surface again. This would not be a helpful approach for those interested in seeing Obama build a broader regional and international coalition against Assad in the wake of the British vote against using force. And it certainly will not help address Israel's own top national security priority: stopping the Iranian nuclear program.

Despite the chaos surrounding them, Israeli leaders continue to view events through the prism of Iran. The turmoil in Egypt, the growing sectarian strife in Lebanon and the raging civil war in Syria are all secondary issues for Israel; Iran's nuclear program remains Netanyahu's central strategic goal. Many Israelis believe that if the United States will not stand by Obama's August 2012 statement that “seeing a whole bunch of chemical weapons moving around or being utilized” in Syria would be a calculus-changing “red line for us,” Iran will conclude that it is free to continue down the nuclear path despite the stated US commitment to prevent Iran from obtaining nuclear weapons.

But Israel and its supporters in Congress would be far wiser to refrain from drawing such arguments about Iran into their calculus about how to respond to Syria. To date, Israel's policy on Syria seems to have been working: Assad understands that Israel will attack convoys transferring weapons to Hezbollah and knows that giving advanced missiles and chemical weapons to Hezbollah will be met with a harsh Israeli response. Israel has largely maintained neutrality on the Syrian civil war and contained any spillover across its frontier with Syria.

Those arguing for US-led airstrikes based on the premise of preventing a precedent with Iran would only make it easier for Iran and Syria to paint military action against the brutal Assad regime as an Israeli-inspired scheme rather than a regionally and internationally supported option.

Making a potential US military strike about Iran may also make Iran more likely to up the ante in Syria to support Assad. If the conflict becomes about Tehran and Tel Aviv rather than about Syria's use of chemical weapons — which Iran's newly elected and more moderate President Hassan Rouhani has said he opposes in principle — Iran and Hezbollah will be more likely to drag Israel into the crisis, not less.

Framing a strike on Syria as a signal to Iran could also undermine progress on nuclear negotiations. Such negotiations will be difficult enough without the Syrian crisis, and it is not clear that either side has the will or ability to reach a deal. But the chances of reaching a compromise with Iran that both the United States and Israel can live with are certainly better under Rouhani.

The United States should continue to oppose Iranian support for the Assad regime, but there is no reason to escalate US tensions with Iran over Syria by making a potential US response about them rather than Assad. In any case, it is not clear that US action would change Iranian leaders' calculations about acquiring nuclear capabilities that they may seek for their own deterrence purposes.

Finally, since no US airstrike is likely to end Syria's civil war, the United States and its allies may ultimately need Iran to help forge a diplomatic solution in Syria. To be sure, the Iranians are deeply invested in the Assad regime, and Syria has traditionally played a pivotal role in the so-called axis of resistance.

But Iran's investment in Syria has proven costly for Iran — both regionally and domestically — alienating other regional actors disgusted by Assad's abuses and troubling ordinary Iranians irked at watching their tax money going to the Assad regime after Rouhani's repeated promises that he would make the decimated Iranian economy his top priority. In this respect, the United States and Iran may stand on some common ground in their interest in preventing a military escalation that would be costly for both nations.

The United States is going to find it hard enough as it is to respond effectively to Syria's chemical weapons use. Israel and its supporters in Congress should not complicate matters by trying to make this about Iran.

Dalia Dassa Kaye is the director of the Center for Middle East Public Policy at the RAND Corporation.

This commentary originally appeared on Al-Monitor on September 5, 2013. Commentary gives RAND researchers a platform to convey insights based on their professional expertise and often on their peer-reviewed research and analysis.