What Effect Does Media Have on Youth? 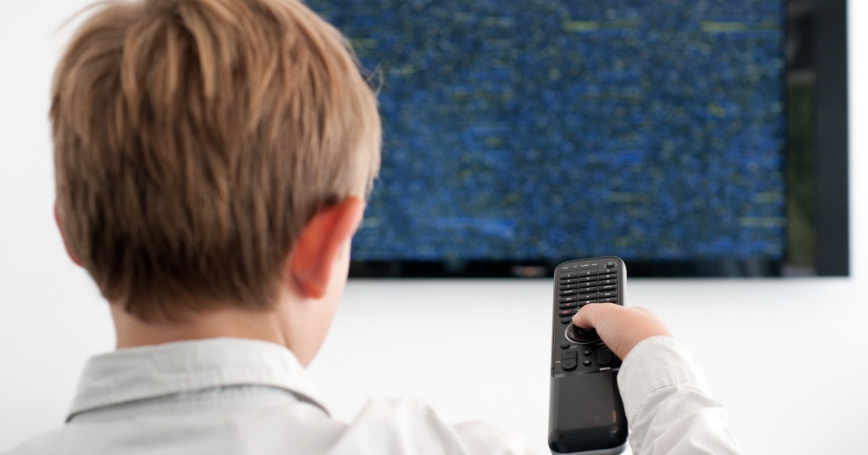 American youth live in an environment saturated with media. They enjoy increasing access to television, movies, music, games, websites, and advertising—often on pocket-size devices. Given the prominent and growing role that media plays in the lives of U.S. children and adolescents, what effects do these conditions have on their health and well-being?

Behavioral scientist Steven Martino explored these very issues on an episode of WQED Pittsburgh's iQ: smartparent titled “Tune In, Tune Out.” Martino sat down with host Angela Santomero, best known as the creator of the children's television show Blue's Clues, and shared some interesting research findings on this topic:

Turning to Martino, Santomero joked, “Thank you so much for scaring us.”

Given these findings, the situation does sound daunting. However, Martino offered concrete solutions for concerned parents.

“You're not going to be able to keep your kids from seeing these things, so you should start having conversations with them very early on.”

First, they can restrict how much media their kids, particularly young children, consume. This may mean limiting television hours or internet access. “We'd like to keep [kids] from being exposed to some of [this media] that we know [is] harmful,” Martino said.

He went on to acknowledge that this isn't always easy, “especially [for] older teens who have smartphones, who have easy access to the internet all the time, who have friends who have access to these things as well.”

The key, then, is establishing clear lines of communication between kids and parents:

“You're not going to be able to keep them from seeing these things, so you should start having conversations with them very early on. There are a lot of good resources for topics of conversation on websites like Common Sense Media. They provide fantastic analysis of all of the shows and music that are out there and suggest topics for conversation.”