Will ACA Implementation Lead to a Spike in Demand for Care? 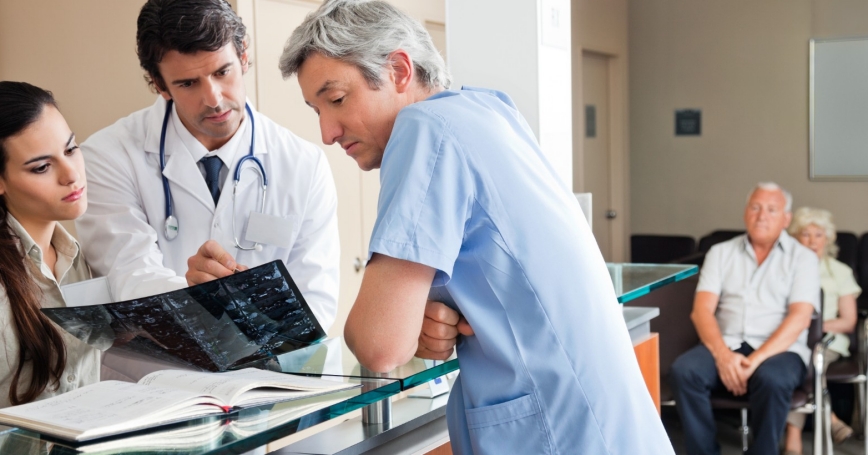 by David I. Auerbach

As the Affordable Care Act's (ACA) exchanges open and Medicaid expansion takes effect, millions of uninsured Americans will gain new coverage. This raises a key question: how are we possibly going to meet the demands of all of these new individuals entering the system? The physician workforce is growing slowly, at best, at a time when an aging population is increasing demand for care.

Predictions include long lines for everyone, rising prices and premiums as physicians are able to command greater market power, and reduced quality of care. Some have recommended additional government funding to help train more medical residents as a response.

The latest CBO forecast (PDF) projects the reduction in the number of uninsured Americans under the ACA will be 11 million people next year and 24 million by 2016. That's an increase in the percentage of Americans with insurance of roughly 5% in 2014 and 12% in 2016. If the uninsured used zero health care today, but upon becoming insured used the same amount as a typical insured person, then the increase in demand for care would be the same as the increase in coverage.

In reality, the uninsured use substantial amounts of health care — but only about half the care that the insured use today. One reason is because they are uninsured — paying full prices for care rather than a small copay discourages use. Another reason also explains why many (but not all) are uninsured in the first place: they are healthy and don't anticipate needing or wanting medical care.

When the uninsured gain coverage, demand does increase, but not dramatically, studies show. Evidence from the Oregon Health Insurance experiment, in which a funding cap forced the state to grant Medicaid coverage to some applicants but not others using a lottery-type system, found that those who did gain coverage increased their use of both hospital and physician care by about one-third relative to controls.

These findings are consistent with simulations based on the RAND Health Insurance experiment in which participants were randomly assigned to health insurance plans ranging from essentially free care to catastrophic coverage only. Other evidence reviewed by the CBO in 2008 suggested similar conclusions. Combining these three sets of evidence yields small demand increases — less than 1% (0.6%) in 2014 and 1.4% in 2016.

Increases would certainly vary regionally and could stress health care systems in areas with large proportions of uninsured and low provider supply. But in most areas, given the typical fluctuations in a given health care provider's mix of patients, changes of this magnitude (or even demand increases double this size) would barely register. And even those small demand increases may be blunted by the fact that most newly insured people will enter either Medicaid managed care plans or low-cost exchange plans that use managed care techniques and limited provider networks to control utilization.

Lessons from Massachusetts, which implemented a similar reform in 2006, support this assessment. One might have expected an even stronger response there, with overwhelming popular support and considerable state outreach efforts. But neither utilization of hospital care, nor waiting times for physicians show evidence of change due to the reform (PDF), despite an increase in coverage among the nonelderly of roughly 6.5%.

While ACA implementation may well have impacts on the health care workforce, increased demand is not the only culprit. For example, the creation of accountable care organizations or penalties for re-hospitalizations may already be leading to changes in the way health care providers operate.

The growing number of Americans newly-insured under the ACA will undoubtedly lead to a surge in demand for care, whether through Medicaid or insurance exchanges. But, if predictions hold, the increase won't be as dramatic as some may fear.

David Auerbach is a policy researcher at the nonprofit, nonpartisan RAND Corporation.

This commentary originally appeared on The Health Care Blog on September 26, 2013. Commentary gives RAND researchers a platform to convey insights based on their professional expertise and often on their peer-reviewed research and analysis.