A Threat to U.S. Interests in East Africa 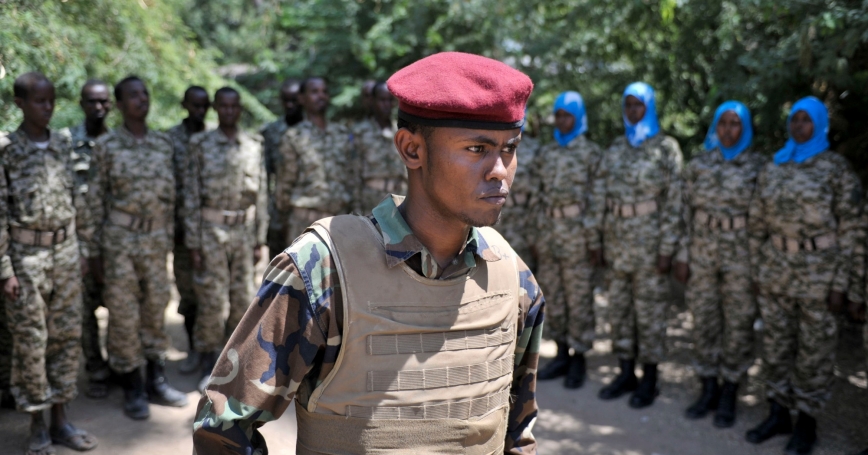 The Shabab terrorist attack at Westgate Mall in Kenya and its follow-up attacks in the country are a stark reminder that the Somalia-based group poses a threat to the United States and its interests in East Africa.

Al Shabab, whose leaders publicly pledged allegiance to Al Qaeda in February 2012, has been on the radar screen of U.S. counterterrorism officials for several years. Yet the group has focused its attacks on the Somali government and neighboring states, especially Kenya and Ethiopia, which have conducted military operations against Al Shabab. Since 2007, 85 percent of Al Shabab's attacks have taken place in Somalia, with another 12 percent in Kenya, according to a University of Maryland database.

At the moment, there is little evidence that Al Shabab is plotting attacks against the U.S. homeland. But there are several reasons that America should still be concerned about the group.

First, Al Shabab possesses a competent external operations capability to strike targets outside of Somalia. The Westgate Mall attack was well-planned and well-executed, and involved sophisticated intelligence collection, surveillance and reconnaissance of the target. These skills could be used for other types of attacks more worrisome to the United States.

Second, Shabab officials, including the leader Ahmed Abdi aw-Mohamed, also known as Godane, have expressed an interest in striking U.S. and foreign targets in East Africa, according to U.S. and Western government officials. They have also planned to kidnap Americans and other foreigners in the region, as well as plotted attacks against malls, supermarkets, embassies and other locations frequented by Westerners. After all, Al Shabab subscribes to Al Qaeda's extremist ideology, which aims to establish an extreme version of Islamic law in Somalia and views the United States as an enemy.

Third, and perhaps most concerning, Al Shabab has successfully recruited dozens of Americans from cities like Phoenix and Minneapolis to fight in Somalia. Many of them travel through the U.S.-Mexican border, though others have flown out of the United States legally. One of the first Americans to become a suicide attacker, Shirwa Ahmed, joined Al Shabab and blew himself up in Somalia in October 2008. The F.B.I. has also arrested numerous individuals in the United States, like Zachary Adam Chesser, for their involvement with Al Shabab.

Yet Americans need a sober understanding of the group. Al Shabab does not appear to be plotting attacks against the U.S. homeland, and it has suffered a series of military defeats at the hands of Somali, Kenyan and other African forces. But as the Westgate Mall attack shows, Al Shabab has the capability to conduct high-profile attacks in the region. The United States should be on high alert in East Africa.

This op-ed was part of a NYT Room for Debate discussion: "Does Al Shabab Pose a Threat on American Soil?"

Seth G. Jones, associate director of the International Security and Defense Policy Center at RAND, is the author, most recently, of “Hunting in the Shadows: The Pursuit of al Qa'ida Since 9/11.”

This commentary originally appeared on NYTimes.com on September 30, 2013. Commentary gives RAND researchers a platform to convey insights based on their professional expertise and often on their peer-reviewed research and analysis.