Do U.S. Raids in Libya, Somalia Signal a Shift in Terror Strategy? 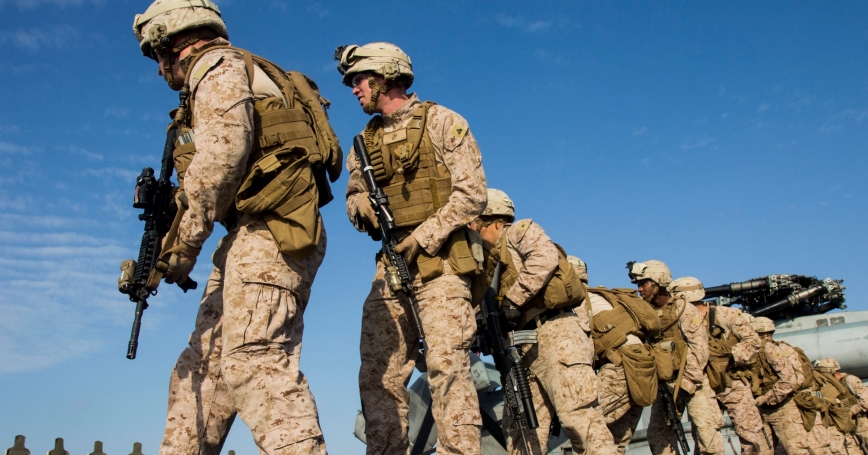 U.S. marines during a live-fire exercise on the flight deck of the amphibious transport dock ship USS San Antonio

The raids that the United States conducted over the weekend in Libya and Somalia could signal a new focus in Washington on capturing terrorist suspects and gathering intelligence rather than relying on drone strikes.

In Libya, U.S. forces captured an al Qaeda leader wanted for his role in the 1998 bombings of two embassies in Africa.

In Somalia, Navy SEALs attempted to capture a senior leader of al Shabaab, the militant group responsible for the Kenyan mall attack last month. The SEALs killed several al Shabaab members in a firefight, but withdrew before they could confirm the identities of the dead, according to media reports.

RAND's Linda Robinson told the Washington Times that the raids are indicative of a policy shift that President Obama alluded to in his May 23 speech at the National Defense University, when he said that the United States prefers to capture terrorist suspects.

“Frankly, you get something from raids, which you don't get from drones,” she said. Raids can lead to an “incredible intelligence dump.”

Ninety percent of information that the United States obtains about terror groups comes from people who were captured and then cooperated with interrogators, Angel Rabasa told the Los Angeles Times.

“I don't think there's a big appetite to go around launching raids unless there is a clear U.S. national security interest to do so,” Robinson said. “The political and diplomatic and atmospheric risks or counterproductive effects have to be very much weighed in the equation.”

The frequency of U.S. drone strikes appears to have decreased in recent months, but Seth Jones cautions against reading too deeply into such data.

“Given the clandestine nature of the program, it's impossible to assess the reasons why the number of strikes has decreased over time,” he told the Washington Times. “We just don't have access to the information.”