How War on Terrorism Has Evolved 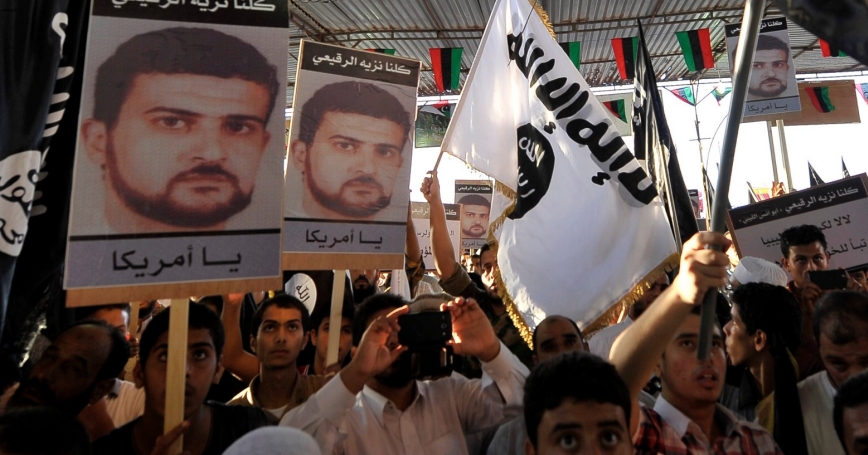 People hold posters of senior al Qaeda figure Abu Anas al-Liby during a demonstration over his capture by U.S. authorities

The two U.S. commando raids in Libya and Somalia this month represent a new thrust by the Obama administration in America's war on terror. What we're seeing are super-precision operations that are responding very rapidly to nearly live-time intelligence.

While U.S. drone strikes directed against terrorist leaders will continue to be part of our arsenal, even President Obama has acknowledged a “new phase” in our terrorism fight. He has recently stated that drones will be used more narrowly to lessen the risk of civilian casualties — a point amplified Tuesday in reports by Amnesty International and Human Rights Watch.

This is a significant shift, largely obscured by the intense news coverage of the government shutdown and debt limit. It has the potential to both reduce public hostility to the drones that is interfering with U.S. objectives in several countries and to improve intelligence by capturing rather than killing terrorist leaders.

This month's Navy SEAL raid in Somalia aimed at the leader of al-Shabab, which claimed responsibility for the shopping mall assault in Kenya, proved unsuccessful. But on the same day, in a daring U.S. raid in Libya, Delta Forces captured Abu Anas al-Libi, who is suspected of having planned the 1998 attacks on our embassies in Kenya and Tanzania.

There are several reasons why the U.S. military is increasing its emphasis on similar special forces operations:

Growing capabilities. Here is a domain where the U.S. can fully exploit its ability to collect, analyze and transform intelligence into operational opportunities with little lag time. Special operations demonstrate that the U.S. has a visible military response to a new kind of adversary.

Psychological utility. Terrorists can attack anything, anywhere, anytime, while the U.S. cannot protect everything, everywhere, all the time. This advantage has caused Americans to focus on their vulnerabilities rather than their capabilities. Now, America can turn things around. Terrorists want us to live in fear. We will make them live in fear.

Mission flexibility. Small-scale raids such as those conducted this month have the distinct advantage that, when situations turn unfavorable, they can quickly withdraw without risk to national reputation.

From Delta Force to JSOC

It has been a long march to get to this point — from President Carter's decision in 1977 to create Delta Force, the country's first military unit dedicated to counterterrorism, to today's vast Joint Special Operations Command, which represents a significant component of U.S. military power. Contrast the failure of the 1980 mission to rescue American hostages held in Iran — a consequence of flawed planning, interservice jockeying and bad luck — with the successful attack on Osama bin Laden's villa in Pakistan two years ago.

The U.S. cannot fix all the failed states or eliminate all the badlands where terrorists find sanctuary. But military interventions such as the wars in Afghanistan and Iraq — America's longest military engagements — have taught us, at great cost, that the solution is not large numbers of troops on the ground. Transforming the U.S. Army into an effective counterinsurgent force, however sensible it was in Iraq and Afghanistan, is not a sustainable strategy.

Even limited military interventions involving large numbers of U.S. troops in terrorist environments can lead to disaster, as we learned 20 years ago this month with “Black Hawk Down” in Somalia and 30 years ago Wednesday with the bombing of the Marine barracks in Lebanon.

War is not to be celebrated or romanticized, but movies such as Zero Dark Thirty and Captain Phillips provide images and narratives that sustain morale in a protracted conflict. These special operations raids contrast the courage and prowess of American warriors with the calculated savagery displayed by murderers of unarmed civilians, so dramatically demonstrated in the terrorist attack on the Westgate mall in Nairobi.

Special operations to capture terrorists are more dangerous than drone strikes, and nimble terrorist adversaries will develop countermeasures to make them even more difficult. But they are politically more acceptable and offer opportunities for intelligence and the visible delivery of justice.

Brian Michael Jenkins serves as senior adviser to the president of the RAND Corporation. He is a former captain in the Army's Special Forces and a veteran of multiple tours in Latin America and Vietnam.

This commentary originally appeared in USA Today on October 23, 2013. Commentary gives RAND researchers a platform to convey insights based on their professional expertise and often on their peer-reviewed research and analysis.