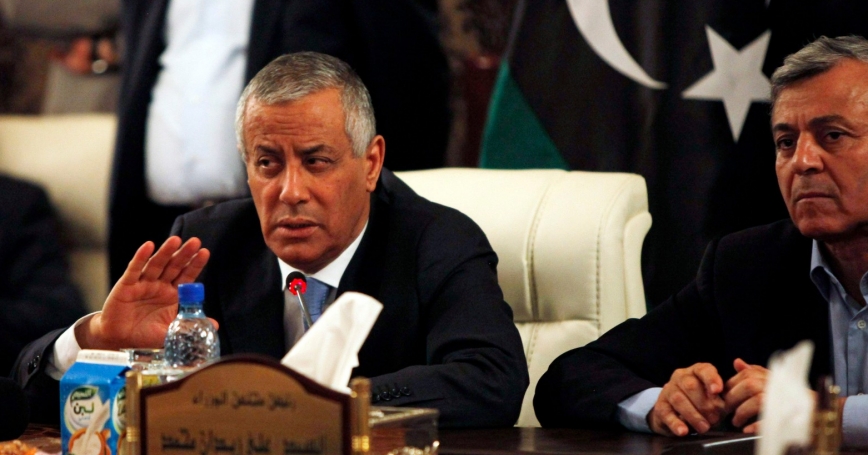 Early on Thursday, Libya's Prime Minister Ali Zeidan was taken from his hotel in Tripoli at gunpoint. Though he was released a few hours later, the kidnapping is a sad commentary on the state into which Libya has fallen in the two years since Muammar Qaddafi's death — and a harbinger of an ominous future ahead. Mr. Zeidan's kidnapping also points to the difficulties that have plagued the West's relationship with the country that NATO warplanes helped free from Qaddafi in 2011.

History has repeatedly shown that after civil wars, if security does not improve, progress on political and economic challenges is nearly impossible. This is exactly what has happened in Libya since their war ended two years ago. Libyans' hard-won freedom from Qaddafi is slipping away due to the breakdown of efforts to integrate and disarm the hundreds of armed militias that roam the country.

Libya is very unlikely to emerge from its current anarchy without at least some outside help. Given the commitment it made to bringing Qaddafi down, NATO has a clear role to play here in training government security forces. The United Nations or European Union should also sponsor a national disarmament conference to address the armed militias destabilizing the country. All three of these international actors should meanwhile begin contingency planning for the possibility that another civil war might break out — even as they do what they can to prevent it.

Since the end of the 2011 war, several hundred people have been killed in clashes between militias. Terrorist and guerilla-type attacks have become common. Insecurity and violence were at first confined to the southern and the eastern provinces, but have now spread to the capital itself, where powerful militias now face off against one another.

The government does not control its own forces. The group that apparently kidnapped Zeidan in theory reported to the Ministry of Interior, but in reality answers only to itself. The elected government has been forced to conduct business under constant threat of violence from armed revolutionaries who mill around outside the General National Congress and occasionally storm the building or hold political leaders at gunpoint.

If steps are not taken to get control of security, there is little hope for Libya's future. Qaddafi's fateful warning that Libya would become a “Somalia on the Mediterranean” without him could come true. The investment that NATO and its partners made in toppling Qaddafi would then be almost entirely wasted.

The uproar at the news of the US operation that captured Al Qaeda leader Abu Anas al-Libi in Libya earlier this week underscored the difficulties Libyan leaders face in balancing anxieties about their sovereignty with a desperate need for more help from the international community. These anxieties have made it very difficult for the government to ask for assistance — particularly on security. This hampers the cooperation Libya so badly needs to claw its way back toward peace and stability.

These anxieties will persist and worsen in the aftermath of this week's events. Nevertheless, more extensive international efforts to help get Libya back on course must begin immediately.

Thankfully, several NATO countries have already committed to train Libyan police and military forces so that the government can have some reliable troops of its own. Prime Minister Zeidan's capture is a dramatic demonstration of how badly such a force is needed.

Training will not be easy, given the challenges involved in selecting the right candidates and the time it will take to get the programs up and running. An earlier effort to train Libyan police in Jordan fell apart when the would-be cadets got drunk and set fire to a building. The Libyan government and their international partners, especially NATO, nevertheless need to accelerate current training plans.

But training government security forces is not enough. In fact, fortifying the government's own military could backfire if militias see it as a threat.

Rather than give up on the training, however, the Libyan government could ask the United Nations or European Union to sponsor a national disarmament conference that brings together as many of the militias as possible for mediated deliberations about the country's future. Most important would be getting the major militias from Tripoli, Benghazi, Misratah, and Zintan to participate.

Such a conference would have three purposes:

First, it would improve everyone's understanding of the true aims and objectives of the militias that now control the country.

Second, it would reduce the number of arms circulating inside the country. Progress on this alone would be worth the trouble of the conference. It would also aim to get commitments against the use of force in Libyan political debate — in other words, establish agreed “rules of the game” for how Libya's future will be decided.

Third, it would build trust among the militias and between the militias and the government. This would help reduce the chances that Libya's powerful militias view the improvements to the national security forces as a threat, and would reduce the risk that Libya could collapse again into conflict. International backing for the conference would further bolster that trust.

It is too much to expect that such a conference would result in the immediate disarmament and reintegration of all of Libya's militias. It would, however, serve as a first step toward this end, by providing an agreed framework that creates space for real political negotiation without the threat of force.

If security in Libya can be rebuilt, there is still hope it could become a positive force for stability in a turbulent part of the world. European countries have an intense interest in the outcome. (The tragic death of several hundred Libyan migrants off the Italian coast last week serves as a stark reminder.) The United States has a stake in the outcome as well, especially in ensuring that Libya does not end up trading Qaddafi's tyranny for the tyranny of perpetual war.

Christopher S. Chivvis is a senior political scientist at the nonprofit, nonpartisan RAND Corporation and the author of the forthcoming book, Toppling Qaddafi: Libya and the Limits of Liberal Intervention.

This commentary originally appeared in Christian Science Monitor on October 11, 2013. Commentary gives RAND researchers a platform to convey insights based on their professional expertise and often on their peer-reviewed research and analysis.