Missing a Young Friend in a Changed Kabul 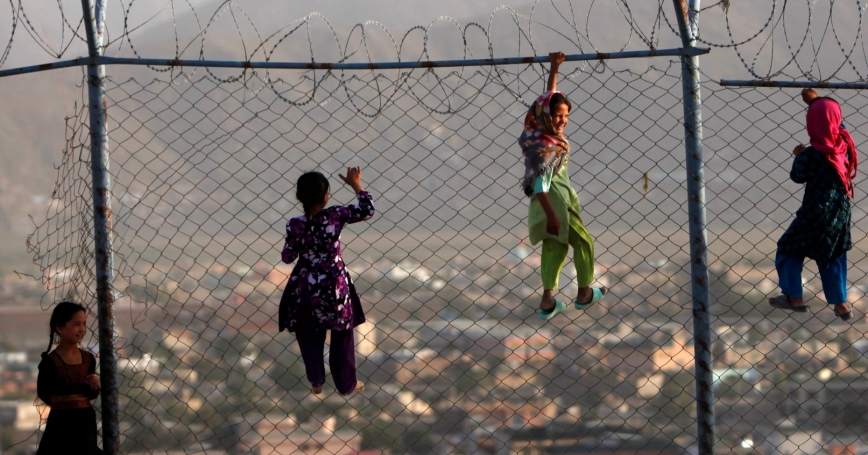 Afghan children climb onto a fence while playing as they sell tea in Kabul. A tea vendor earns $1 on average a day.

On the streets of Kabul last March, I saw a small figure turn a corner about 20 feet ahead, then a flash of recognition, a huge smile and a big wave. For 10 maddening minutes we stared at each other, Samir and his shy little sister Malika on one side of the barricade, I on the other — too far apart to speak, too long to keep waving like an idiot.

After our first hugs, Samir said to me, “Parwana, she is dead!” I showed him the photo of Parwana — an impish little girl who sold trinkets on the street to help support her family — that I keep on my phone. His eyes filled with tears at the sight of her. “She was a good girl,” he said. “Yes,” I agreed, “a very good girl.”

Last month marked one year since our friend Parwana, 11, was killed along with her sister and two others by a suicide bomber near the presidential palace. Life has gone on in the eye of the Afghan storm, as it must. But it is not the same. The little memorial that was planned has yet to materialize, and the only physical reminder of the children is a large rock, placed there by local women to prevent dogs from digging up the remaining limbs they had buried.

Samir and I have talked many times since our first reunion on the street that day. Although he's had a big growth spurt, he seems somehow more childlike when he tells me that he misses the rest of his friends, whose families no longer let them make the long walk to the green zone each day. There are new children, selling trinkets and asking for soda, but their turf begins where Samir's ends. He tells me they are bad children who steal, and sure enough, colleagues report finding tiny hands in the big pockets of their camouflage. These new children seem rougher and more aggressive than my young friends. These are the children of the retrograde, when “tough love” has replaced handouts.

All of Kabul seems to have shifted this year. Friends have gone home or on to other wars. Reports of crime are on the rise in a city once safe, save for the occasional bombing. Afghans still call their government a “mafia” but have stopped asking me what the United States is going to do to fix it. As they must, Afghans are striking their own bargains to survive in an uncertain future. And the closer they get to the 2014 elections and withdrawal of coalition troops, the faster the situation evolves.

In one year in Afghanistan without Parwana, so much has changed. But Samir still has an easy smile, and Malika grows bolder and livelier each time I see her. Life in Afghanistan is hard, and for most people things will get worse before they get better. But Afghans are surely the most resilient people in the world. And perhaps one day, they will be able to do what we could not: save Afghanistan.

Rebecca Zimmerman is a doctoral candidate in strategic studies at Johns Hopkins University's School of Advanced International Studies (SAIS) and an adjunct at the RAND Corporation. She has interviewed several hundred Afghan citizens and members of the coalition forces over the past six years. Her research focuses on the evolution of the United States military since 2001 and its approaches to governance and security force development.

This commentary originally appeared on NYTimes.com on October 14, 2013. Commentary gives RAND researchers a platform to convey insights based on their professional expertise and often on their peer-reviewed research and analysis.