Paths to victory in the Australian defence and security context 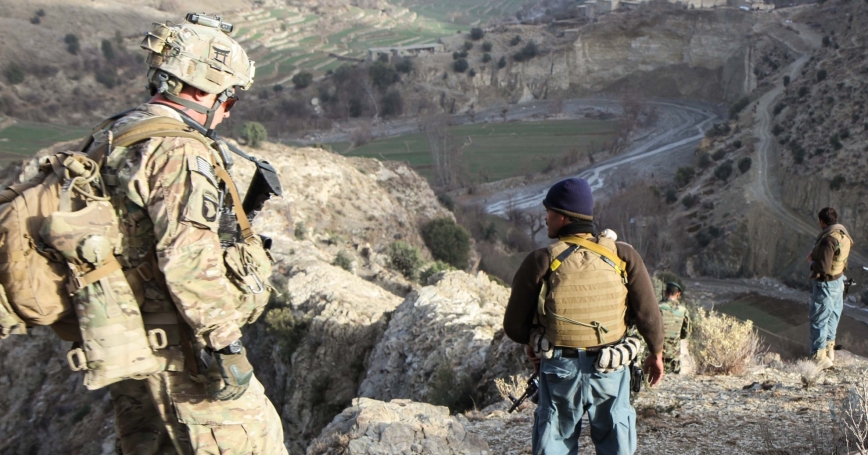 RAND has just released Paths to Victory: lessons from modern insurgencies, a report that uses case studies of the 71 insurgencies completed since World War II to (among other things) identify the approaches that give a government the best prospects for defeating an insurgency. I'm the principal investigator and lead author, and I'll speak on the study's results at ANU's Strategic and Defence Studies Centre on Friday 4 October at noon. I look forward to my visit to Canberra, not only for the chance to share findings but also for the opportunity to consider those findings in the context of Australian defence and security. Details on the study's methodology can be found in the report. Here, I review the study's primary findings, and I encourage readers of The Strategist to share their thoughts.

Second, while winning governments do many things right, there are a few things they must do. Our research identified three factors that always characterised government wins but that were never present, together, when insurgents prevailed: a flexible and adaptable counterinsurgent force, clear demonstration of commitment and motivation by the indigenous government and indigenous security forces, and a successful reduction of tangible support to the insurgents (their ability to replenish finances, fighters, and materiel).

Third, no government prevailed unless its forces overmatched the insurgents and were able to force them to fight as guerrillas. Interestingly, several counterinsurgent forces lacked this ability at the outset of conflict, but achieved it later on. In every historical case in which it mattered, the quality of the counterinsurgent force was more important than its size. This proved to be particularly true for the effectiveness of irregular and paramilitary forces that didn't work at cross-purposes with the government.

Fourth, governments with support from external military forces won with the same frequency, and in the same way, as others. In 28 cases in which external forces fought on behalf of a government, 14 won. But this 50% record didn't set these governments apart from those without external support. Flexibility, adaptability, commitment and motivation remained critical to counterinsurgent success with external support, as did the ability to reduce tangible support to the insurgents.

What does all of this suggest for Australia? I have a few preliminary observations.

First, I think these results should help inform revisions to doctrine and contingency plans. Such revisions should include focused capabilities to meet (and to help supported partners meet) a specific set of minimum prerequisites. It is important that these efforts are well integrated across the whole of government. Australia is already familiar with this strategy, which was documented by my former RAND colleague and recent addition to the ANU faculty, Dr Russell W. Glenn, in his book on the Regional Assistance Mission to Solomon Islands.

Second, these findings could inform strategy. The historical importance of commitment and motivation and the need to overmatch insurgents suggest that Australia should weigh any commitment of support against existing conditions, those that can be changed and those that can't.

Third, the importance of constraining tangible support to insurgents has some interesting implications. Historically, tangible support reduction has involved some combination of persuading local populations to reduce their support and border control efforts or diplomacy to reduce external support. The Australian context appears to require a slightly different spin on border control, with so much of the region being coastal, littoral, or archipelagic. Being prepared to conduct (or to prepare partners for) maritime interdiction missions in support of counterinsurgency operations is clearly a valuable advantage.

This commentary originally appeared on The Strategist on October 2, 2013. Commentary gives RAND researchers a platform to convey insights based on their professional expertise and often on their peer-reviewed research and analysis.