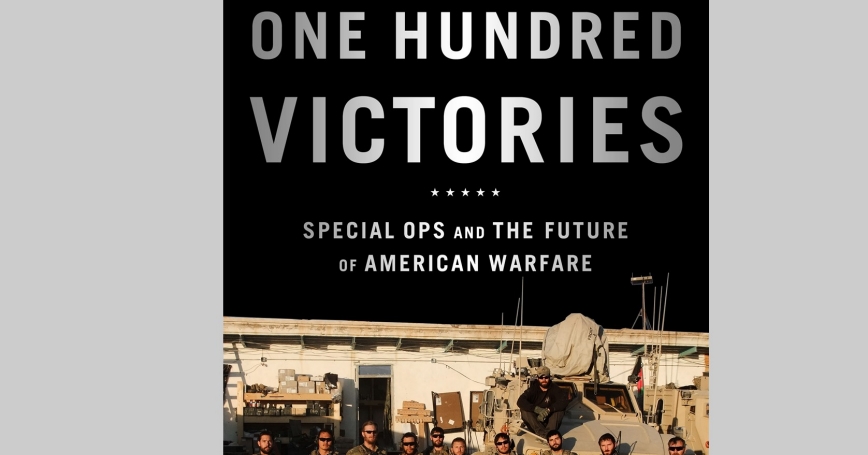 Robinson, a senior international policy analyst at RAND, shows in the book how special operations forces are evolving to become the go-to force for military operations worldwide. To make her case, she draws from her own on-the-ground reporting, as well as interviews with key players inside the national defense community.

One Hundred Victories hit the market days after U.S. special forces conducted raids on terrorism suspects in Libya and Somalia. Robinson told Renee Montagne on NPR's Morning Edition: “What I think no country wants is a full-bore U.S. occupation or heavy footprint, as we've seen in Iraq and Afghanistan. Special Operations Forces get training in language. They spend a lot of time in these countries. So they're perceived to have the best cultural knowledge and the relationships to go in and work with these countries' forces.”

Robinson also conducted interviews about the raids — and her book — with Huffington Post Live, the VOA, and the LA Times.

In the meantime, Paul R. Pillar of the Brookings Institution and Georgetown University examined Robinson's book for the New York Times.

“Her treatment is rich and detailed,” Pillar wrote. “She repeatedly visited several of the sites where the teams lived and operated, and conducted hundreds of interviews with American and Afghan personnel. The book is a worthy addition to the literature on the war.”

He concluded: “The future use of counterinsurgency will very much depend on how a war-weary American public regards the outcome in Afghanistan — and, as Robinson observes, that has yet to be determined.”

Robinson has spent much of the last two years in Afghanistan studying the evolution of special ops. By living and working in remote insurgent-dominated regions, she obtained unusual access to special ops missions, troops, and commanders, as well as insights into the challenges these soldiers face. In Afghanistan, SOF not only face a determined foe, they have also had run-ins with the CIA, found themselves unsupported by conventional forces, and operated under constant shellfire from across the border with Pakistan, Robinson writes.

Previously, Robinson covered wars in Iraq, Afghanistan, and Latin America, as well as other national security issues, as a senior writer for US News & World Report. Robinson has also served as senior editor of Foreign Affairs, an adjunct senior fellow at the Council on Foreign Relations, and a public policy scholar at the Wilson Center. She is the author of two other books: Tell Me How This Ends and the New York Times bestseller Masters of Chaos: The Secret History of the Special Forces. Robinson has received several awards for her journalism including the Gerald R. Ford Prize for Reporting on National Defense in 2005.

Among public appearances Robinson is making to discuss the book are on Oct. 24 at the Marines' Memorial Club in San Francisco (co-sponsored by the World Affairs Council of Northern California) and on Oct. 28 at the Wilson Center in Washington, DC.