Somali Piracy All About Economics 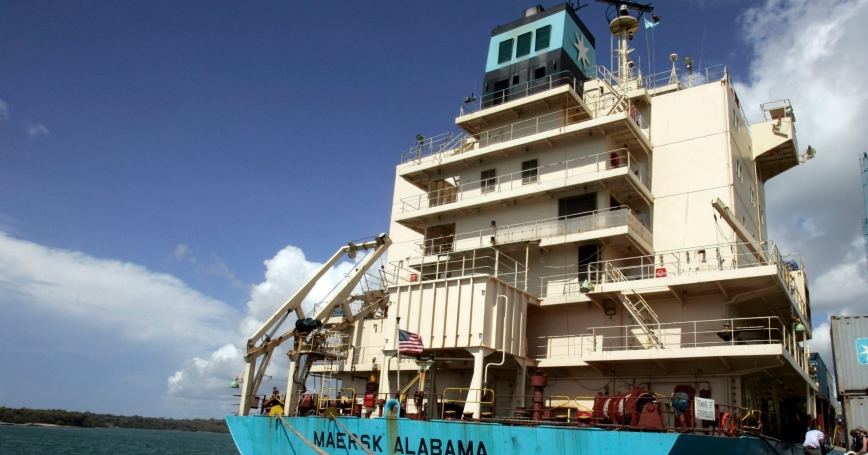 The public gets its first look this week at the movie Captain Phillips, the dramatization of the real life hijacking of the Maersk Alabama by four Somali gunmen in 2009.

The movie brings to life the harsh realities of modern-day piracy off the Horn of Africa. Like most pirate tales, this one takes place at sea, but it does not ignore the land-based factors that drive the story's antagonists.

For Somali youth — some as young as 16 — the pirate life offers an enticing escape from the grinding poverty and cyclical unemployment that have long gripped this part of the world. Until their economic conditions change, the prospect of armed attacks occurring in the Gulf of Aden will remain real — continuing to undermine security in one of the world's most important commercial maritime transit corridors.

The average Somali lives on less than $2 a day. Even fishermen, who are comparatively well off by national standards, face difficulties making a living due to the chronic depletion of sea stocks from years of poaching and illegal dumping of toxic waste.

Under such circumstances, the allure of piracy is clear. Ransoms for the release of a major tanker, its cargo and crew today average $3 million to $5 million. Although attack teams receive only a tiny proportion of this ransom, potential earnings are still more than many Somalis make in a lifetime.

Moreover, being associated with a successful hijacking garners considerable social respect, not least because a percentage of the bounty is usually reinvested into local communities. To these people, pirates are seen as an economic lifeline.

While naval flotillas such as the Combined Task Force 151, the European Union Operation Atalanta and the NATO Operation Ocean Shield play a role in safeguarding vessels — and are probably responsible for the recent drop in hijackings off Somalia — their presence will never act as a true deterrent for a criminal enterprise that is driven by land-based conditions.

Real progress in the fight against Somali piracy will only come by alleviating poverty, providing viable governance and addressing corruption. This will not be easy, but there are several initiatives that could pay dividends.

Countries that are now patrolling the Gulf of Aden could invest in efforts to form, equip and train a Somali coast guard. Assistance in establishing cooperative business ventures could help create a viable employment alternative to a “career” in piracy, as could programs aimed at protecting and rebuilding local fishing grounds.

Support also should be lent to local institution-building in areas that already have a degree of semifunctioning governance, such as the self-declared state of Somaliland.

As Captain Phillips made clear, the situation in Somalia breeds hopelessness and desperation. Although Navy SEALS rescued the real merchant Capt. Richard Phillips while killing three pirates and capturing the fourth, there remains little if any incentive for Somalian youth to abandon the pirate life.

Like the real life gang that hijacked the Maersk Alabama, today's pirates often pay for their shot at riches with their lives. Until things change, it's a gamble too many young Somali men are prepared to accept.

This commentary originally appeared in USA Today on October 10, 2013. Commentary gives RAND researchers a platform to convey insights based on their professional expertise and often on their peer-reviewed research and analysis.