The Strategy Behind China's Aid Expansion 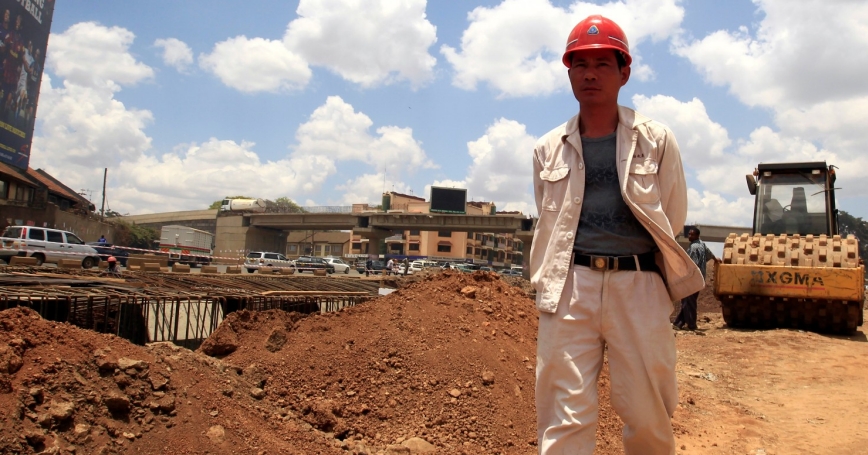 In 2001, China spent roughly $1.7 billion on foreign aid. By 2011, the annual foreign-aid figure had risen to $189.3 billion. Part of the increase reflects the growth in China's economy. But this is an increase with a purpose, and China's foreign-aid programs are as different from aid programs conducted by the U.S. and other Organization for Economic Cooperation and Development countries as East is from West.

Beijing's aid is explicitly linked to benefits for China as much as it is to benefits for recipients. The aid is financed by loans, while the U.S. and OECD subscribe to a definition of “development aid” that confines the term solely to grants. Notably, the quid pro quo aspects of China's aid have a more capitalistic tinge than aid emanating from the capitalist donors, which may be why China's minister of commerce rather than its foreign affairs minister is principally responsible for overseeing the multiple other agencies involved in the programs.

A two-year RAND Corp. study, published in September, by Xiao Wang, Eric Warner and me, “China's Foreign Aid and Government-Sponsored Investment Activities,” documents the massive size of China's foreign-aid programs. Between 2001 and 2011, China's pledged foreign aid was $671 billion, divided among 93 emerging-market countries. In 2010, annual aid pledged by China was $169 billion and in 2011, $189 billion—equivalent to about 3% of its reported GDP and more than twice the size of the officially reported budget of the ministry of defense.

Slightly over 80% of the pledged aid is allocated for development of natural resources and, secondarily, for infrastructure. The tangible benefits for China are through the explicit consignment of production from the resource-development projects for export to China, as specified in the loan agreements that govern the programs. Proceeds from these exports are deposited in escrow accounts established by the two banks that principally fund the programs—the China Development Bank and the Export-Import Bank of China. The loans provided by the banks typically carry 3% interest, with repayments scheduled over 15-years plus an additional five-year grace period.

In all regions and countries, China's assistance focuses on the development of natural resources, principally energy-related (coal, oil and gas), and secondarily on ferrous and nonferrous metals. (China's substantial food and fuel aid to North Korea is separate from these programs.)

Both parties presumably benefit from China's aid. Recipients get the stimulus to their economic growth, improved infrastructure and perhaps exposure to new technology that may be imparted by the programs. China gets an expanded supply of resource commodities expected as payback, which contributes to China's own growth, or at least helps to avoid further slowdown.

But both parties are also exposed to added risks and hidden costs. The recipient countries experience environmental damage from aggressive Chinese mining and related operations. The thousands of workers imported from China to work on the aid projects create tension and conflict—as shown in press reports from Kenya, Somalia and other recipient countries—and perhaps lead to increased corruption within recipient countries.

Although there's a risk that the vulnerable financial circumstances of some borrowers may delay repayments or otherwise result in nonperformance, China may make agreements to avoid defaults. Financially-pressed borrowers will be asked for concessions or accommodations such as according favorable access to Chinese investors, or granting wider scope for the number and activities of China's “soft-power” Confucian Institutes that expand awareness and understanding of China's culture and language. Other concessions linked to debt-forgiveness or extended or refinanced loans may involve the granting of port-of-call and refueling rights for People's Liberation Army naval vessels, or landing rights for PLA air units.

There are reasons to believe that China's recently expanded foreign aid programs will continue. For example, maintaining or even increasing aid may provide a stimulus to exports, and so welcomed as a partial offset to the slowdown in China's GDP growth.

Arguing for a reduction in aid are the already-tightened budget constraints and competing claims inside China. From the northern and western provinces, for instance, come demands for clean water supplies. Nationwide, there is a compelling need to address health and other hazards of atmospheric pollution and intensified urbanization—and the large volume of both public and private debt throughout the economy. China also faces the growing burden of an aging population and the mounting costs of military modernization. The greater the costs of China's foreign aid, the tighter the constraints facing these claimants.

Recognizing that the complexity and the opacity of China's decision-making make predictions difficult, it still seems likely that China will continue as a major participant in the aid business—although at a somewhat reduced level, perhaps with lower subsidies and more-collateralized borrowing. No less and perhaps even more than what the U.S. has experienced in six decades of foreign aid, China's large ventures in this realm will encounter unintended and perverse consequences. China is as likely to regret as to savor the experience.

Charles Wolf holds the distinguished chair in international economics at the RAND Corp., and is professor of policy analysis at the Pardee RAND Graduate School. He is a senior research fellow at the Hoover Institution in Stanford University.

This commentary originally appeared in The Wall Street Journal on October 9, 2013. Commentary gives RAND researchers a platform to convey insights based on their professional expertise and often on their peer-reviewed research and analysis.