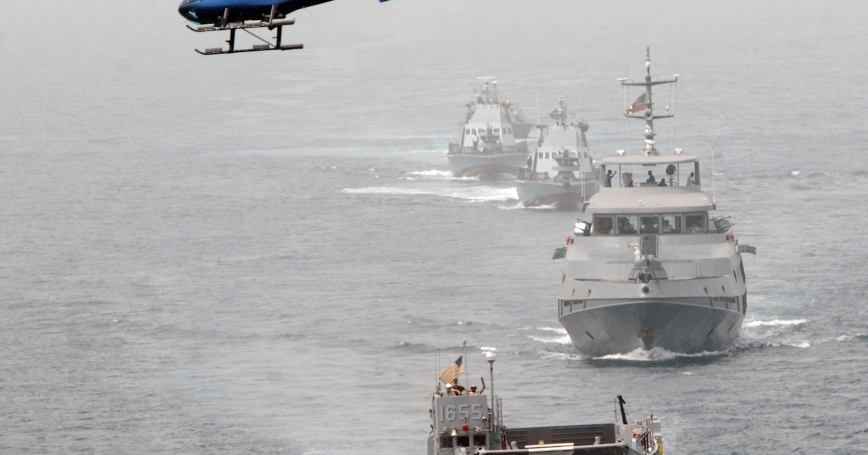 The report finds that the security problems of kidnappings of oil personnel, oil bunkering (tapping a pipeline to steal oil), and attacks on the petroleum infrastructure have reduced output of and restrained investment in Nigeria's energy sector. An estimated 15,000 barrels per day of oil were stolen in the region in 2008, and repeated assaults on infrastructure have forced oil companies to move out of the delta region and farther off shore under the belief that militants in speedboats could not travel that far. This assumption has proven to be incorrect, and the frequent attacks have discouraged investment to expand production.

Regional social considerations in the Niger Delta, such as poverty and grievances with the federal government and oil companies, have continued to drive this threat to the energy sector and energy personnel. Large numbers of local inhabitants believe that oil production creates few local jobs, that pollution from production has destroyed sources of income such as fishing and agriculture, and that the companies and federal government have not sufficiently shared the profits with the region. This causes individuals in the region both to express political grievances and to seek a livelihood through kidnapping and theft.

The RAND report suggests that the most productive approach for improving energy security would be to build the Nigerian Air Force's ability to provide surveillance of and defend the offshore energy infrastructure. Nearly all new petroleum and natural gas production is now taking place offshore, away from the heavy foliage that allows attackers to operate beyond surveillance. Because attackers of offshore infrastructure must travel in boats on the water's surface, they are exposed to tracking by aircraft. The wide dispersal of the offshore infrastructure does not lend itself to patrol by ships, leaving airborne surveillance as the only practical option for Nigeria to monitor and respond to emerging incidents.