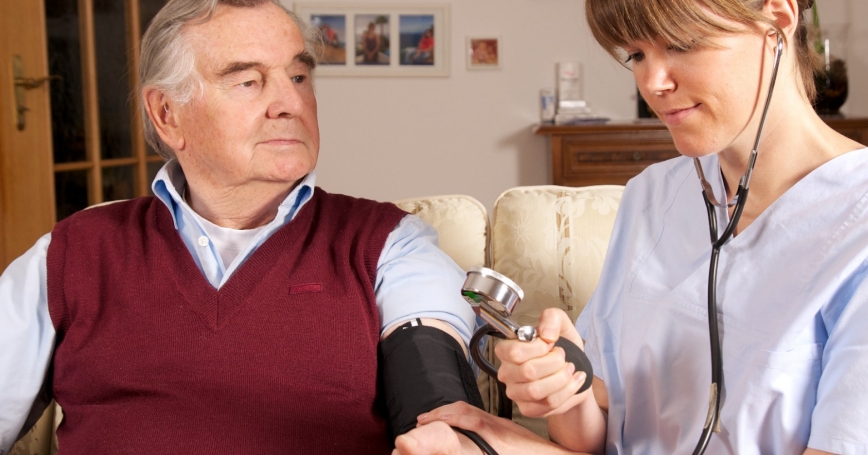 The American Medical Association (AMA) has now officially designated obesity as a disease. What does this mean for the one-third of Americans whose weight and height define them as “obese” — or the one-third who are just overweight but at risk of becoming obese?

The AMA expressed its hope that by recognizing the condition as a disease, the largest physicians' organization in the United States would help change the way doctors approach the issue with their patients, increase funding for research on effective obesity treatments, spur insurers to cover prescription medications to help with weight loss, and maybe even help de-stigmatize the condition.

RAND's Southern California Evidence-based Practice Center (EPC), one of the federally funded centers that review and synthesize research findings, has reported in the past that obesity treatments such as prescription medication and weight-loss surgery are effective in helping obese people lose weight, and in reversing some of the effects of being overweight. Studies out of the center have even shown improvements in the health of newborns whose mothers underwent weight loss surgery before becoming pregnant. Yet Medicare Part D and most private health insurance will not pay for weight-loss drugs, which many bariatric (weight loss) physicians say their patients should continue to take forever.

To be sure, the AMA was not unanimously in favor of the policy statement. The Association's Council on Science and Public Health, which studied the issue over the past year, concluded that obesity should not be declared a disease. Their primary concern is that the most commonly used yardstick for obesity — a measure of the ratio of weight to height called the body mass index (BMI) — is widely recognized as having considerable limitations. As health care professionals have acknowledged for decades, although the BMI mirrors body fat fairly well for most people, a small group of folks with BMIs in the “overweight” or even the “obese” range actually have higher proportions of muscle or bone than is typical. Perhaps even more common are people with BMIs in the normal or overweight range who carry an unhealthy amount of body fat.

Some on the council also argued that declaring obesity a disease could lead to more reliance on drugs and surgery and less focus on the many factors that can contribute to obesity and the lifestyle changes — such as adopting healthier eating and exercise habits — that can prevent or even reverse obesity.

RAND researchers have examined many of the preventive measures that have been proposed for obesity, including increasing opportunities for exercise and levying taxes to discourage consumption of “empty” calories, such as those that come from sugar-sweetened drinks. Findings thus far seem to shed some light on the ways that environmental factors may contribute to — and hold the solution to — the obesity problem. For example, studies looking at the links between residential neighborhoods, opportunities to exercise, and the chances of being overweight find that teens who live near parks or other recreational areas are more likely to use these facilities and less likely to be overweight than those who live at a distance from recreational areas, but that people who feel unsafe in their neighborhoods are unlikely to benefit from any opportunities to exercise that those neighborhoods provide.

Likewise, a RAND study found that current soda taxes, which increase the price of soda by at most 4 percent, have little if any effect on soda consumption or obesity rates of most populations, with one notable exception: children from low-income families, those most at risk for obesity, for whom the small price increases did decrease soda consumption, especially in schools where soda was available. This finding suggests that to be an effective deterrent, any increase in the soda tax must be tied to immediate consumption — and must be substantially greater than the current low rates of taxation. And two other studies by different groups of researchers suggest that in car-dependent Los Angeles, the rate of obesity among residents without cars tends to be higher and to be associated with the presence of fast-food restaurants and the absence of supermarkets in residential neighborhoods, whereas for those with cars, rates of obesity tended to reflect the offerings within a much wider radius of home.

AMA members who did not agree with the organization's decision to declare obesity a disease are by no means alone. In fact, the chorus of voices against the policy change includes those who have criticized the decision as being more about money than health, along with (somewhat ironically) both those who argue that obesity is a disease of the individual and those who say it is a disease caused by societal factors.

What seems clear in all this is the unquestionable place of obesity, both among public health professionals and advocates, and increasingly in the popular consciousness, as one of the central health threats facing Americans. As such, it is understandable that the leading doctors' advocacy organization in the United States would enter the discussion, even if only to heighten the controversy. Perhaps it is not strictly by coincidence that on the same day the AMA voted to label obesity a disease, the association — in a move that seems to have remained completely under the media's radar — also voted to work to remove sugar-sweetened drinks from the Supplemental Nutrition Assistance Program (SNAP, formerly known as the Food Stamp Program). This is a policy change that various groups have sought for decades but that opponents say unfairly singles out one particular source of calories and curtails the freedom of those who receive the subsidy to choose the foods they wish to consume.

Are the implications of the new obesity designation purely economic, as some cynics suggest? In other words, was the move to medicalize obesity or the habits that lead to obesity simply an effort to sell more drugs, diet plans, counseling sessions, and surgical procedures, now that health insurers will be more likely to cover them? Or, as others have wondered, will some overweight people use their new disease status as an excuse to abandon their efforts to lose weight? While these viewpoints may carry some truth, clinicians who work with overweight patients are all too aware that the current patchwork of reimbursement policies — for example readily paying for weight loss surgery but not for ongoing nutrition and behavioral counseling — needs changing, even if it takes the brute force effort of classifying obesity as a disease.

So, ultimately, what's in a name? Quite a bit if calling obesity a disease allows health care providers to engage in real efforts to help their patients manage their weight and reduce chronic disease.

Sydne Newberry is a communications analyst and the medical editor for the Southern CA Evidence-based Practice Center at the non-profit, non-partisan RAND Corporation.