A Different Israeli Take on Iran 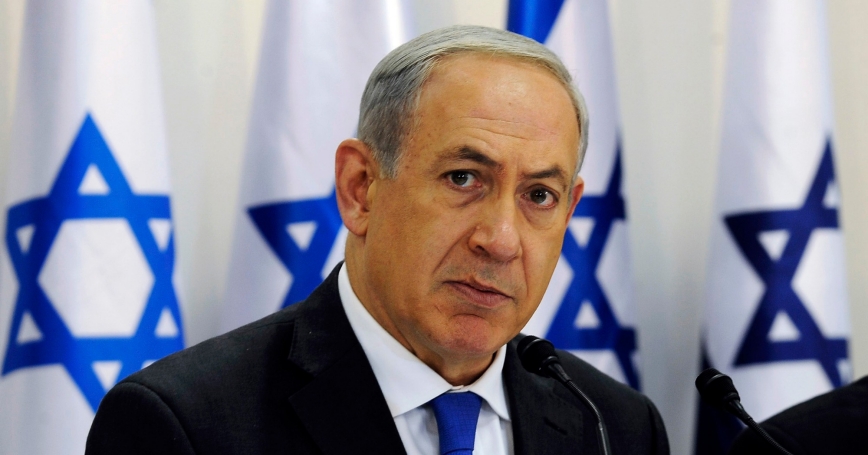 Even as the Geneva talks on Iran's nuclear program were underway, Israeli Prime Minister Benjamin Netanyahu publicly rejected the deal diplomats were working to achieve. It would be, he said, the “deal of the century” for Iran but “a very bad deal” for other countries.

An agreement did not come out of last week's talks. But when the participants resume negotiations later this month, they should keep one thing in mind: Not all Israelis are as alarmed about a potential deal as Netanyahu. Indeed, some see potential for a final nuclear deal that would protect Israeli security while allowing for limited enrichment activity in Iran.

Israel's security elite nearly unanimously agrees that an Iranian nuclear weapon would be detrimental to Israeli and regional stability. Despite some fissures within the security establishment about whether Iran poses an existential threat (and disagreements about the merits of a unilateral Israeli military strike), Israeli experts across the spectrum believe a nuclear-armed Iran could lead to dangerous military escalations, embolden Hezbollah and other Iranian allies, and potentially set off further nuclear proliferation in the region.

It is thus not surprising that Israelis would reject any deal that would allow Iran to continue nuclear activities that would enable it to quickly weaponize its program under the cover of an agreement.

But from Netanyahu's perspective, the only acceptable deal with Iran is one that completely dismantles all of Iran's nuclear enrichment capabilities. Most Western analysts view that goal as unrealistic, and a number of prominent security voices in Israel have taken views that differ from Netanyahu's maximalist stance.

Take, for instance, Amos Yadlin, a former chief of Israel's military intelligence agency who now heads of one of Israel's top strategic think tanks. He and others would prefer a deal that leaves Iran with no remaining enrichment capabilities. But they also see as “reasonable” a deal that might allow for some limited enrichment capabilities at reduced levels, accompanied by intrusive inspections that would make it harder and costlier for Iran to cheat. These basic requirements are likely to be key to any final negotiated deal that the Americans and their European partners would accept before lifting significant sanctions, particularly those multilaterally imposed on Iran's oil and banking sectors.

Israelis no doubt expect the United States to bargain hard and to live up to President Obama's commitment to prevent the emergence of a nuclear-armed Iran. Yet not all Israelis are as distrustful of Obama as Netanyahu appears to be. David Menashri, one of Israel's leading Iran experts, argued recently that if the United States and Iran come to a deal, “it's not going to be against the interests of the state of Israel, and I know many people in Israel understand that.” Dan Meridor, a longtime Likud Party leader and former Cabinet member in Netanyahu's government, has cautioned against immediately rejecting the new openings with Iran and denying the United States time to explore a deal. Efraim Halevy, former chief of Israel's Mossad spy agency, has also argued for giving diplomacy a chance, even if he and many others in Israel remain doubtful that a deal is likely.

Netanyahu's stridency has also faced criticism at home because of concerns that his positions might isolate Israel and undermine its legitimate concerns about Iran's nuclear program. Dan Gillerman, a former Israeli ambassador to the United Nations, warned that it was very dangerous for Netanyahu to be viewed as “the only naysayer and warmonger.” It did not go unnoticed that Israel was the only one of 193 member states to walk out on Iranian President Hassan Rouhani's recent United Nations' speech, an act that Netanyahu's finance minister criticized as “reminiscent of the way Arab states behave toward Israel.”

Finally, while many in Israel's security establishment are critical of Obama's regional policies, few would favor a rupture in U.S.-Israeli relations over an Iran deal. With all of the challenges facing Israel today, maintaining strong relations with the United States is still a key pillar of Israeli security, and the Israeli public will have a low tolerance for any leader who threatens that.

Unfortunately, Netanyahu's persistent criticism of Rouhani and hostile stance toward diplomacy with Iran are overshadowing the voices of many in Israel who have the stature and security credentials to present a different narrative to the Israeli and American people.

The alternative narrative is not dovish, and it includes a hard-nosed assessment of Israeli security needs and a strong degree of skepticism over Iranian intentions. But it also recognizes that Israel may be doing itself harm by rejecting diplomacy so categorically.

The most strident voices in Israel may be the loudest at the moment, but it's important to remember that many Israelis believe they should give the Americans a chance to strike a deal that would benefit Israel and effectively put a halt to Iran's ability to build a nuclear weapon. And they believe such a deal would be far preferable to the alternatives: a military strike or the acceptance of Iran as a nuclear weapons state.

As these difficult negotiations continue, Americans need to hear more from such Israeli voices to better understand the complex landscape in Israel when it comes to Iran.

Dalia Dassa Kaye is director of the Center for Middle East Public Policy at the RAND Corporation.

This commentary originally appeared in Los Angeles Times on November 12, 2013. Commentary gives RAND researchers a platform to convey insights based on their professional expertise and often on their peer-reviewed research and analysis.