An Inexpensive Prescription for Medicare 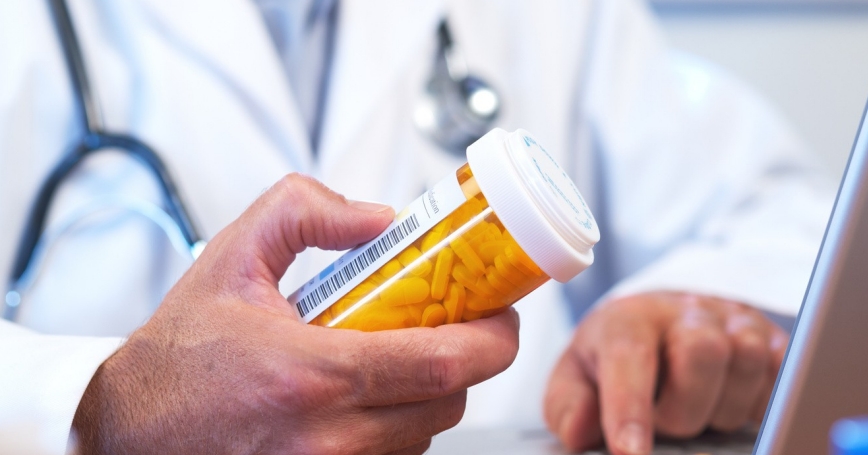 Medicare spending has reached the point that there is serious talk in Congress of shifting more of the program's costs to beneficiaries. Before that's done, we should do everything possible to ensure that Medicare is getting top value for every taxpayer dollar without undermining the care that beneficiaries receive.

Spending on prescription drugs is a case in point. In 2008, almost one in four prescriptions for an oral diabetes drug in Medicare Part D was for an expensive brand-name drug. That same year, only one in every fourteen oral diabetes prescriptions in the Veterans Affairs (VA) Healthcare System was for a brand-name drug. VA patients are just as old and sick as Medicare patients, and they value their health just as much. Yet they effectively manage their health conditions using older, less expensive drugs, and they manage them just as well as everyone else.

Why is this important? Recently, colleagues and I conducted the largest comparison ever of prescription use between Medicare and the VA. We found clear evidence of overuse and excess in Medicare. Tens of thousands of Medicare patients are being prescribed unnecessarily expensive drugs that bring them no extra value. Compared to the VA's more prudent use of brand-name drugs, we estimate that Medicare wasted over $1 billion in 2008 alone on needlessly expensive brand-name diabetes, cholesterol and high blood pressure drugs.

How does the VA healthcare system — which provides care to our nation's veterans — effectively manage chronic health conditions using fewer brand-name drugs? It does this, in part, by making sure that VA physicians prescribe brand-name drugs only when absolutely necessary. When a brand-name drug is needed, VA patients get them for the same copay required for less costly, generic medications. Having personally cared for patients in the VA, I know that they can get the medications they need.

Medicare is a different story. There, physicians have greater latitude to prescribe whatever drug they want. As a result, many Medicare patients are obliged to cover a $100 copay each month for the latest pill instead of the $5 copay for a generic drug. In many instances, though, patients don't know that they are paying for an expensive brand-name product when a cheaper generic would work just as well. In most cases they don't realize that the less costly generic was an option; they simply assumed that if their doctor prescribed the newer, brand-name version, it must be needed. Sometimes it is, but more often it's not.

Why do physicians in the VA prescribe fewer brand-name drugs? Is it because we are more enlightened than our colleagues who work in the private sector? Do we stick with older drugs out of ignorance or contempt for new technology? The answer to both questions is “of course not.” VA doctors practice the way we do because we are part of an integrated healthcare delivery system not unlike the private Kaiser, Intermountain, and Geisinger health systems. This means, in certain cases, that VA doctors have to explain why a patient needs a particularly costly drug before they can prescribe it. That doesn't mean our patients can't get the drug when it's needed; we just have to make the case for why they need it.

Consider this example. In 2011, all VA patients faced prior authorization and step therapy requirements before receiving atorvastatin (Lipitor), meaning their doctor had to try another generic cholesterol drug first before prescribing Lipitor and had to justify to another healthcare professional why their patient needed this brand-name drug instead of an effective generic. In contrast, only 8 percent of Medicare Part D enrollees faced the same kind of requirement prior to being prescribed Lipitor. In both systems, the patients who needed Lipitor got it. However, in Medicare, a lot of patients who got Lipitor would have fared just as well with an inexpensive, older drug. Prescribing by physicians in the VA is constrained to a modest degree, and in that system patients benefit, society benefits, and doctors practice better medicine.

Therein lies the challenge to reducing waste and inefficiency in our healthcare system — it means changing what doctors do. One way to do this is for doctors to accept modest constraints on their ability to make unfettered decisions about therapy. Physicians generally bristle at the notion and hint that it is tantamount to rationing. That scares patients and generally ends the discussion. The alternative is to use financial incentives to make it worthwhile for physicians to practice more efficiently. This is the approach being taken by Obamacare and the “shared savings” programs of many private health plans.

Such incentives could be implemented through accountable care organizations, pay for performance, or other new mechanisms like bundled payments and medical homes. The growing role of non-physician health professionals in prescribing may be another, more indirect, incentive for physicians to improve their own prescribing. If those don't work, Congress should take a closer look at how the VA operates its pharmaceutical benefit. This doesn't mean changing Medicare into the VA; it means taking what works in the VA and applying it to Medicare. Nor does it mean changing the price of drugs; it means changing the drugs that are prescribed.

If Congress wants to save Medicare, it can start by driving waste and excess out of the system. This can be done without impoverishing patients or driving doctors out of business, if physicians are willing to practice smarter, more efficient medicine.

Although many doctors would balk at the idea of being held to the level of accountability VA physicians face when prescribing expensive brand-name drugs, I can tell you from personal experience that it works. Moreover, it's made me a better doctor. I have learned to make more thoughtful decisions about when my patients need a brand-name drug, and when they don't. What once felt constraining now feels like the right way to practice medicine.

Physicians need to take more responsibility for their role in the waste. It's not the pharmaceutical industry or their sales representative who are writing the costly prescriptions patients pay so dearly for; it's us. And we can do better.

Walid Gellad, MD, MPH, is an adjunct scientist at the nonprofit, nonpartisan RAND Corporation, as well as a staff physician and researcher in the VA Pittsburgh Healthcare System and an assistant professor of medicine at the University of Pittsburgh.