Are County Masking Requirements the Future of Influenza Prevention? 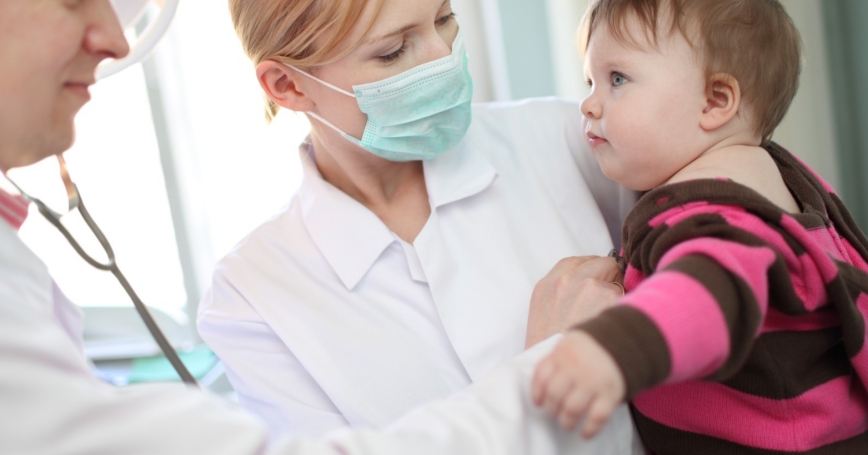 Health care workers unquestionably play a critical role in helping patients get well. However, when patients go to health care facilities, they may contract infections that can pose serious threats to their health and safety, particularly those who are elderly or already ill. While influenza can be easily transmitted in health care settings, it is at least somewhat preventable through vaccination. Each year, up to 15 percent of the U.S. population is infected by influenza, and the illness kills on average 24,000 people a year. In some of these cases, the infection is acquired while a patient is being treated in a health care facility.

To illustrate, a California state law enacted in 2007 stipulates that all general acute care hospitals must annually offer their employees free onsite influenza vaccination and educate them regarding the risks of influenza and the benefits of vaccination. They also must vaccinate employees or require them to sign a written declination form, and must report vaccination and declination rates to the California Department of Public Health (CDPH). Thus, California requirements, as well as those in most other states, are permissive in that they do not require that employees get vaccinated and do not specify what would happen to non-compliant hospitals and employees.

Results of our recent analysis of California health care personnel influenza vaccination requirements that have been published in Vaccine and that will appear in the American Journal of Infection Control suggest that well-meaning but permissive state-level requirements, such as California's, do not go far enough in increasing influenza vaccination uptake rates among health care workers. Vaccination rates in California did increase after the state requirements were put in place, according to the latest information released by CDPH. However, that increase — from 55.3 percent during the 2008–2009 influenza season to 64.3 percent during the 2010–2011 season — was not as large as was hoped for, falling far below the 90 percent target set by “Healthy People 2020.” Moreover, the trend towards increased immunization of health care personnel is also evident in other states without similar laws, so the increase in the vaccination rate of health care personnel in California cannot be attributed to the state law.

If it doesn't seem that state laws as currently written can help increase the number of health care workers vaccinated against influenza, then what can? There is evidence that imposing consequences for vaccination refusal, including the requirement to wear a surgical mask, can help increase the number of vaccinated health care workers. Masking requirements, however, are typically imposed by individual hospitals and rarely by the states because they are deemed potentially controversial. (Indeed, the Rhode Island law is a very rare exception because it requires unvaccinated health care workers to wear a surgical mask during periods of declared widespread influenza and further subjects those health care workers who fail to wear a mask and facilities that fail to enforce this rule to a $100 penalty and disciplinary action.)

Masking of unvaccinated personnel, at least in California, is no longer required only by individual hospitals. Several county departments of health in California now require unvaccinated hospital employees to do so. On November 1, 2013, for example, Los Angeles County began requiring (PDF) all health care personnel in licensed acute care hospitals, skilled nursing facilities, and intermediate care facilities to be vaccinated against influenza, or wear a protective mask while in contact with patients during the flu season. While Los Angeles County is not the first in California to issue such an order — it joins at least 16 other California counties in doing so — the order from Dr. Jonathan E. Fielding, public health chief of Los Angeles County, is a significant step because it indicates both willingness and readiness of the nation's most populous county to create policies that attempt to increase health care worker influenza vaccination.

So what would the outcomes of county requirements be? Because our study shows that the increased popularity of county masking ordinances is a local reaction to widespread understanding that permissive state requirements are insufficient, we think that masking requirements are likely to spread to other counties in California and to other states trying to help hospitals increase influenza vaccination rates among their employees. Indeed, county masking requirements may also help hospitals interested in mandatory vaccination push their agenda forward and give it even more clout. While the state requirement helped counties initiate their own masking policies, the county-level approach may pave the way for hospitals to initiate even stricter requirements that specify penalties for non-compliant employees.

However, we have yet to see how health care personnel will react to, and how health care facilities will enforce, this masking requirement. If vaccination rates do not significantly increase and if unvaccinated employees do not wear protective masks or wear them incorrectly, it is possible that we may not see a significant decrease in transmission of influenza between health care workers and patients, even with new policies in place.

Dmitry Khodyakov is a behavioral/social scientist, Lori Uscher-Pines is a policy researcher, and Victoria Shier is an assistant policy analyst at the nonprofit, nonpartisan RAND Corporation.