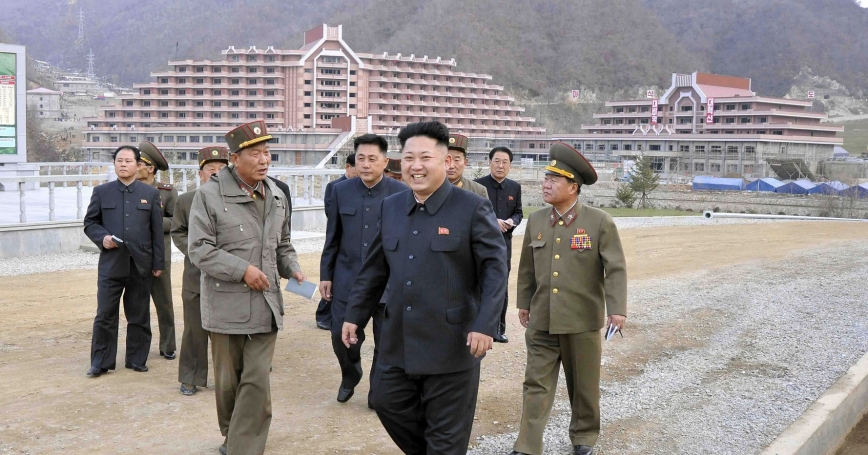 The “Hermit Kingdom” of North Korea is a fascinating and frightening topic for many in the West. With a massive standing army; an arsenal of chemical, biological, and nuclear weapons; and an enigmatic leader whose father reportedly promised to “destroy the earth” if his regime were defeated, North Korea continually prods and provokes its neighbor to the south.

To shed some light on Kim Jong-un's possible motivations—and to discuss what might happen if the North Korean government suddenly collapsed the way East Germany's did—RAND's Bruce Bennett took part in a question and answer session on Reddit.com. Bennett is the author of Preparing for the Possibility of a North Korea Collapse.

Will North Korea's government collapse in our lifetimes?

Bennett: Sooner or later, someone is going to try to assassinate Kim Jong-un—reportedly, that has already happened in November of 2012, but it may have happened more times that we just don't know about. As I am sure you realize, predicting an assassination is impossible—it could happen next week or 20 years from now. So I don't predict imminent collapse (recognizing it could still happen); rather, I urge South Korea and the United States to imminently prepare for the uncertain future because adequate preparations will take years if not decades. That is why I wrote a book suggesting both the potential consequences of not preparing and how we could prepare.

Could Kim Jong-un turn around North Korea while maintaining his dictatorship?

Bennett: He has to realize that the country is an economic disaster case. The Chinese have been pushing North Korea for years and years to follow the Chinese economic development model, including opening up and accepting some capitalism. North Korea has actually experimented with allowing elements of capitalism—permitting merchants to actually offer goods in markets, for example. But the regime has consistently pulled back. They have two problems with such efforts: First, any opening lets more outside information into the North, and the regime is really scared about outside information overwhelming its propaganda (the viewing of outside DVDs was reportedly a big reason for the 80 public executions on Nov. 3). Second, allowing people to become entrepreneurs means that they start to become rich, and in an impoverished society, the rich can bribe most any official, giving them economic power to offset the internal political power. For the North Korean regime, that is scary. So the North experiments—it tries small efforts at a time. But small will likely not be enough.

Does North Korea really have an illicit drug problem?

Bennett: For years, North Korea has had little in the way of resources to purchase or make medicines. The U.S. intelligence community puts out an open description of worldwide health, and it calls North Korea a disaster—as many as 25 percent of draft age youth were mentally impaired by starvation during the mid-1990s. So in an environment where you usually can't get medicine and many people live miserable lives, illegal drugs are attractive. The North Korean regime is very much against this, but has not controlled it.