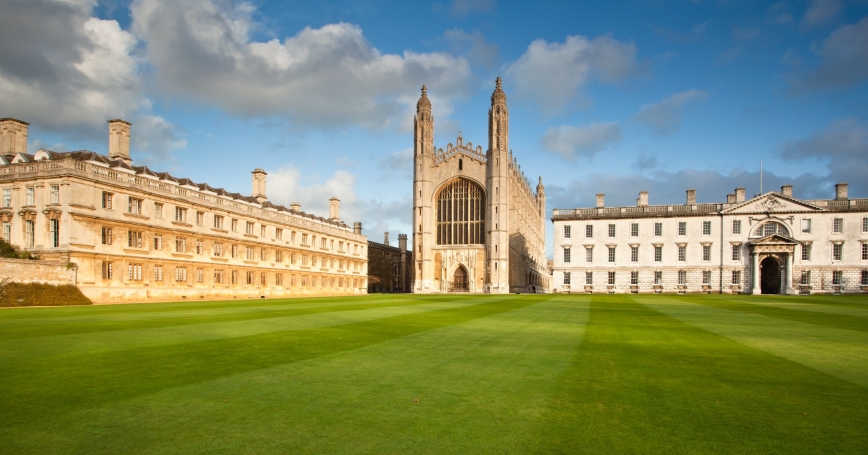 The new academic year is well under way and for most new students the main event of early Autumn, university admissions, is now a distant memory. Nearly half a million students secured a place at a UK university for the 2013/14 academic year.

University admissions, a critical moment for potential students' dreams and future lives, are becoming increasingly sophisticated worldwide. In fact, most of the applicants in the UK had obtained a notification on their applications 24 hours after having received their A-level results. And some international providers specialise in providing technologically advanced assessments. For example, Educational Testing Service is developing customised assessments from primary to secondary education (K-12) for more than twenty states in the US. Pearson Edexcel, one of several providers of exams and qualifications in the UK, runs no fewer than five different types of qualifications. This increasing level of sophistication aims to increase the accuracy of student assessment and to maximise adequate opportunities for applicants.

Given the opportunities for mobility of students and graduates across Europe, there is a need to understand how each country's higher education admission requirements compare, and to consider the long-term effects of those requirements on the skills, innovativeness and resilience of Europe's workforce. A study commissioned by the European Parliament from RAND Europe and LSE Enterprise, the consulting arm of the London School of Economics, to be published before the European Parliament elections of May 2014, aims to inform this nascent debate. The study assesses entry requirements across Europe, in comparison with international systems in the USA, Australia, Japan and Turkey, in order to increase comparability and identify best practices.

The number of applications has grown by 12 percent in the UK between 2007 and 2012 according to the Universities and College Admissions Service. Yet, admission requirements have remained surprisingly inert in many European countries over the past 50 years. Those countries, motivated by a strong egalitarian principle, have traditionally had non-selective and open access to higher education. Admission is centrally regulated and largely conditional only on passing high school leaving exams in France, Germany, Italy and Slovenia, for example.

These open systems have a dark side, with sky-high failure rates (close to 50 percent of students fail after their first year in France). They also do not appear to correct for inequities in access to higher education, as indicated by a comparison of the socio-economic background of students (PDF) conducted by Charles University in Prague. And although higher education institutions in France and Germany have received large public investments over the past few years, this is the exception rather than the rule. Higher education institutions are under pressure, because the increase in enrolment rates is, in general, not matched by a proportional increase in public (or private) expenditure (Johnstone, D.B and Marcucci, P.N. Financing Higher Education Worldwide: Who Pays? Who Should Pay? Baltimore: The Johns Hopkins University Press, 2010).

Motivated by the Europe2020 initiative to drive up skills to enhance innovation in the European Union, policymakers are reconsidering these entry requirements. These efforts follow several European-wide initiatives that already exist in higher education, perhaps the most well-known being the Bologna process. The Bologna process aims to increase comparability and facilitate the mobility of students by identifying common levels of studies across its member states. It covers most aspects of higher education but, surprisingly, does not include any provisions regarding entry to higher education.

This latest study is part of a broader body of RAND work in the area of university admissions, including a forthcoming report on automatic university admissions in the United States and the creation of an online College Matching Tool to help facilitate the college choice process for U.S. students.

The RAND Europe/LSE Enterprise study goes beyond an exclusively European audience. The need to evaluate admission practices in certain institutions was also raised by the US Congress in its enquiry into for-profit education. This study on the challenge of admissions will inform policymakers regarding the ultimate purpose of admission requirements: whether to use admission systems to favour a broad participation or to create and foster talent. The resulting decisions could cover the sensitive issues of selectivity and differentiation in higher education.