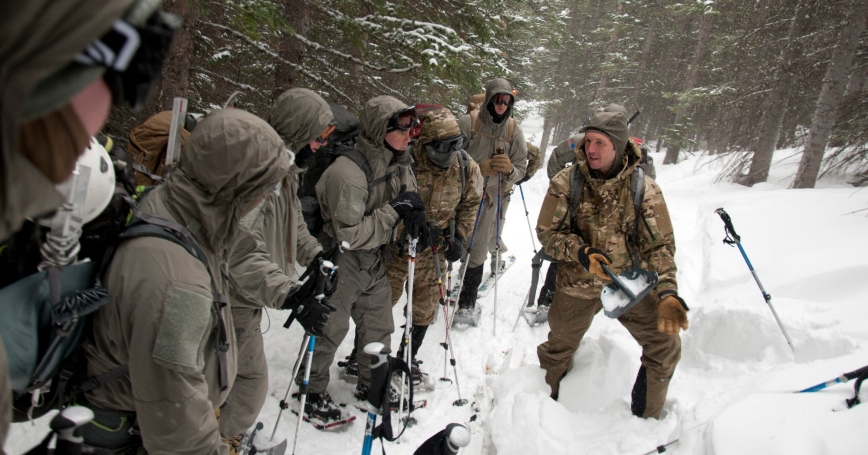 U.S. special operations forces face decisions of profound consequence in 2014 after having been empowered by a series of policy directives taken over the past year. One of these directives has been, contrary to the caricature of unilateral commando forces popularized by video games such as Call of Duty, an unequivocal message from their command and the U.S. president: go forth and partner.

If 2013 was the year of decisions, 2014 will be the year special operations forces implement their roadmap for the future. But where exactly does that road lead? The trajectory will be determined by several budgetary and policy choices that the U.S. military, policymakers and Congress will make in 2014.

Does size matter? Special operations forces recruit most of their members from the ranks of conventional forces, a universe of personnel that is expected to shrink. It would be far better to accept a lower force level of uniformed special operators than to lower standards and keep the number at 33,000. This would maintain the existing rigorous standards to ensure that experienced, professional troops populate the elite forces. One of the key lessons of the past decade that must be enshrined for posterity is that how forces are used matters far more than their numbers.

Special operations forces can easily be frittered away in tactical and episodic missions that have no enduring or strategic value. Thoughtful application of their capabilities generally means two things: persistent presence combined with either conventional and/or multinational partners. This can mean infantry squads helping small teams of Green Berets, SEALS, and Marine special operators or Estonian, Lithuanian, Romanian and Polish special operators — to name just a few of the two dozen countries who sent SOF to Afghanistan. This footprint does not have to be thousands or tens of thousands — most often a few hundred can have an enormous impact — if they are deployed in back-to-back rotations for five to 10 years. The key here is for policymakers and U.S. ambassadors, who are the gatekeepers for U.S. forces in non-war theaters, to embrace the value of these long-term advisory missions.

Fix the commands. This year, the four-star Special Operations Command led by Adm. William McRaven assumed control of the theater special operations commands which are responsible for region-wide special operations with the intent of making them more capable. This is a vitally important part of the legacy of changes wrought by Adm. McRaven, and for it to bear the intended fruit, the theater SOF commands must be manned by the appropriate personnel and receive adequate resources in order to become world-class elite commands like the counterterrorism command. Second, for this change to be successful, the special operators must make clear at every step that they are there to serve the geographic command and ambassadorial intent. Otherwise, a new source of bureaucratic tension and infighting will be the result.

Special operators' rhetoric and intent must become consistent and convincing that they are not trying to take over the world or behave as rogue operators. The message should be that they are part of a global defense, interagency and multinational network and behave within those constraints. Some operators fret that joining the larger defense community, which perforce means that their skills, identities and missions become known to a wider circle, will deprive them of their prized mystique. But what they lose in both warranted and unwarranted sheen of glamor they will reap many times over in increased trust and confidence.

In particular, the special operations community's vision is not entirely clear to other partners in government. Congress held up funding for regional coordination centers and an interagency hub in Washington this spring, in part because it doubted the need for additional expenditures on what it saw as redundant structures for missions that were being performed at least in part elsewhere. Understanding and a common plan are more important than speed in these endeavors, in contrast to the urgency that undergirds many special ops undertakings.

The final and most important decision regarding special ops' future will be the linked issues of leadership succession and institutionalization. Admiral McRaven has set in motion many initiatives that will make special operations forces a more useful and effective partner for the future, but implementation of these measures will take years beyond his tenure, whether it ends next year or the following year. It is second nature that bureaucracies resist change, and the right leader will ensure that the forward momentum continues.

Linda Robinson is a senior policy analyst at the Rand Corp. and author of the new book, One Hundred Victories: Special Ops and the Future of American Warfare.

This commentary originally appeared on breakingdefense.com on November 1, 2013.