Here's to Our Health 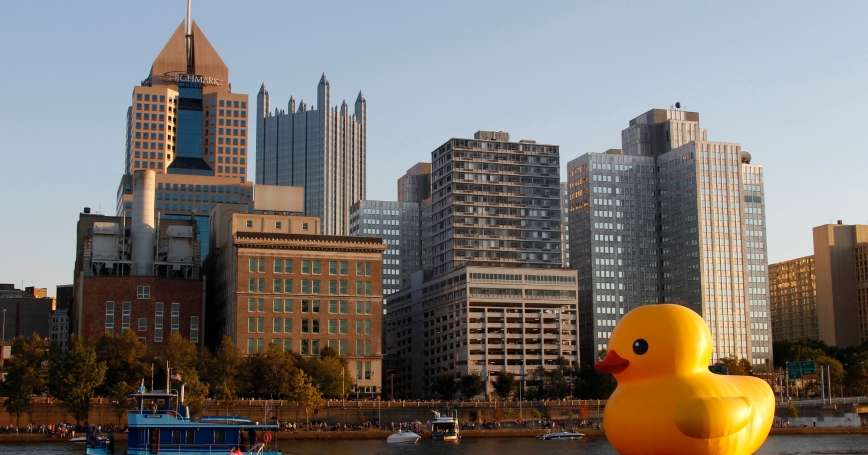 It's November in Pittsburgh, a time when the changing seasons are maked by dropping temperatures, leaves tossed about by brisk gusts and the fall of the first snow flurries. This November, the winds of change are sweeping toward city hall as well, as Bill Peduto prepares to take over after a landslide victory in the city's Nov. 5 mayoral election.

This mayoral transition comes with high expectations, but also with great opportunities to examine anew how the city addresses its challenges. Atop the new mayor's agenda should be improving the health and well-being of Pittsburgh residents.

With an unassailable electoral mandate in hand, Mr. Peduto is positioned to take bold steps, including on behalf of a healthier Pittsburgh. And the best way to do that is by applying scientific and medical evidence to shape an integrated, citywide health-policy framework.

The mayor-elect has set up eight committees to propose new policies by the end of the year. This is a good start, but there is no committee specifically addressing health. This may make it difficult for the new administration to craft a health-policy framework that spans multiple city domains — from taxation to the environment, housing, education, infrastructure and public safety.

Changing the way governments address health policy is not a simple thing. But even during a time of government shutdowns, budget cuts, sequesters and ceaseless partisan infighting, the federal government is moving to improve the U.S. health landscape.

Just this month, the U.S. Food and Drug Administration, citing decades-old evidence on the links between trans-fats and heart disease, paved the way toward banning the artery-clogging substances from the American food supply. A ban could prevent 20,000 heart attacks and upwards of 7,000 heart-attack deaths per year. Heart disease is the No. 1 killer of American men and women, so the potential impact of the FDA's proposed rule cannot be overstated.

This is a notable example of a government agency enacting policy driven by data — and driven towards preventing disease and promoting health. Similar evidence-based health initiatives are needed at the local and state levels.

Cities are at the forefront of innovation, with some, like New York City, beating the federal government in the race toward banning trans fats. Innovative work with community-based organizations are key to improve urban populations. Foundations have taken note, with initiatives such as the Bloomberg Philanthropies' Mayors Challenge to the Rockefeller Foundation's 100 Resilient Cities Centennial Challenge.

Pittsburgh and Mayor-elect Peduto have an opportunity to take action that is even more transformative than that taken by the FDA and New York City on trans-fats. This could include incentives for supermarkets to locate in food deserts and restaurants to offer low-calorie or portion-controlled meals. Public-private partnerships could encourage increased active programming at city parks, which RAND research has shown improves park usage and thus fitness. New technologies could be deployed to track obesity rates and health activity.

The opportunities are many. But to take full advantage of them requires a different way of doing business across government and nongovernment agencies. It requires key stakeholders to organize around a common health-promotion agenda.

Early goals should be to identify the most promising intervention points, articulate where government could most effectively partner with community-based organizations and determine where health investments would have the most impact. Evidence-based decisions can be effective only if they are plugged into a health-policy framework that is integrated and shared, rather than disparate and fragmented.

If this is done right, Pittsburgh could become a community where affordable healthy food is available to all its residents, a community that is safe and promotes physical activity in every neighborhood, a community that has tax, transportation, housing, education, technology and business policies that reinforce each other in promoting a healthier city.

If Mayor-elect Peduto and the city of Pittsburgh can create a comprehensive health-policy framework that relies on evidence-based decision-making, a new era of improved public health could be on the horizon.

Tamara Dubowitz and Anita Chandra are senior policy researchers and Wendy Troxel is a behavior and social scientist at the nonprofit, nonpartisan RAND Corp. Ms. Troxel also teaches at the University of Pittsburgh.

This commentary originally appeared in Pittsburgh Post-Gazette on November 24, 2013. Commentary gives RAND researchers a platform to convey insights based on their professional expertise and often on their peer-reviewed research and analysis.