One Year Later: Hurricane Sandy's Lessons in Resilience and Recovery 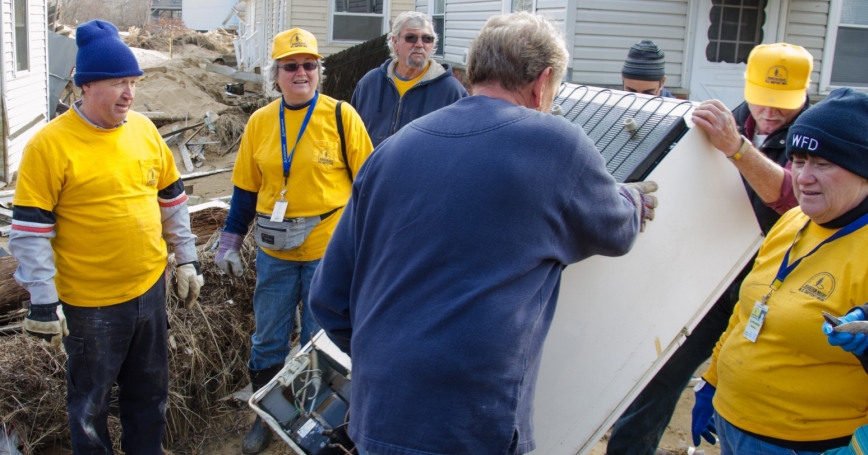 Just over a year ago Hurricane Sandy made landfall on the east coast of the United States, ravaging homes and businesses and claiming 117 lives. Sandy is estimated to have cost a total of more than $68 billion, a figure that is exceeded only by the cost of Hurricane Katrina's deadly assault on the Gulf Coast in 2005. Sandy affected 24 states, and was especially damaging in New Jersey and New York.

The recovery from Hurricane Sandy demonstrated the strength and resilience of the American people, yet the one-year recovery report card is not entirely rosy. There are many stories of heroism; generous donors, people from inside and outside the disaster zone stepping up in an effort to revive and rebuild. Many victims have returned to their homes, and businesses have been rebuilt. This rebuilding has been facilitated by many millions of dollars of private and government funds. But not everyone received the help they needed. Some simply gave up on rebuilding in the face of the grave financial challenges. The recovery from Sandy shows once again that how well communities bounce back from disasters depends not just on how they react after a crisis, but on how resilient they have made themselves beforehand.

Building community resilience, strengthening the ability of a community to bounce back and recover from a disaster, should be part and parcel of disaster preparedness. Researchers at the RAND Corporation found that in order to improve long-term recovery from disasters, all levels of a community including individuals, organizations, businesses, government and private entities need to work together, starting by improving the community's day-to-day preparedness.

Each community should draw on the lessons of past disaster recovery to anticipate challenges and design recovery plans that are comprehensive and meet the needs of the whole community. Such plans should leverage all of the assets of a given community, including financial resources, communications, and human capital. Plans also should take into account deficits, such as poor infrastructure and the pervasiveness of poverty or poor health. Relationships between the various facets of a community should be strengthened in advance of a disaster so that these connections can be leveraged in the immediate disaster response and later during long-term recovery. Building community resilience also should include strategies to engage vulnerable and at-risk populations, including the elderly, individuals with mental illness, and the chronically ill so that they are both more self-sufficient and aware of available resources in the aftermath of disasters.

Disasters have become both more common and costly. Many communities across our country have experienced devastating natural disasters over the past decade. Recovery from such catastrophes has been painfully slow in some areas, including parts of the Gulf Coast that are still dealing with lingering effects of Hurricane Katrina seven years after the storm. The re-opening last week (Oct. 27) of Ellis Island for the first time since Sandy struck was a reminder of the resilient migrant ancestors that helped build this great nation. This spirit needs to be coupled with active efforts in advance of disasters to build resilient communities across our country to ensure that people can resume their pre-disaster lives more fully and quickly.

Mahshid Abir, M.D., is an adjunct natural scientist at the nonprofit, nonpartisan RAND Corporation and an emergency physician at the University of Michigan.