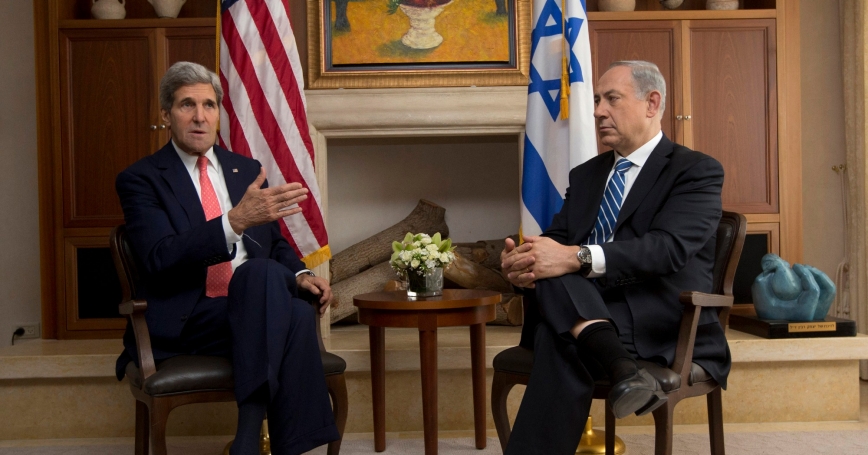 As the negotiations unfold with Iran over a six-month interim agreement on the status of its nuclear program, it has become clear that the U.S. administration is fighting a two-front war. On the one hand, U.S. negotiators must convince their Iranian counterparts that the United States is serious about offering genuine sanctions relief in return for Tehran making concessions on its nuclear ambitions. On the other hand, the negotiating team must also assuage the concerns of allies and members of Congress who fear it may give away the store in return for an Iranian promise.

This predicament would actually be to the advantage of the administration if U.S. allies like Israel and Saudi Arabia, and Congressional skeptics like Sens. Robert Menendez, D-N.J., and Bob Corker, R-Tenn., were consciously playing the role of “bad cop” to strengthen the administration's hand. Some well executed posturing on their part could enable American lead negotiator Wendy Sherman and Secretary of State John Kerry to tell the Iranians, “We'd love to accept this deal but to get Israel, the Arab Gulf states and Congress to go along, we need you to give a little more.” That good cop-bad cop approach is nothing new; it has been employed by every negotiator from Henry Kissinger to your average police detective.

Indeed, when negotiating with the Soviet Union to bring about a cease fire in the 1973 Arab-Israeli war, then Secretary of State Henry Kissinger balked when President Nixon afforded him the discretion to cut a deal with Soviet leader Leonid Brezhnev in Moscow without first checking with Washington. A shrewd negotiator, Kissinger understood that his hand was strengthened when he could fall back on the need to obtain Nixon's approval as a tool to delay and push the Soviets to sweeten the pot.

However, in the case of the current negotiations with Iran, the use of a good cop-bad cop approach may be undermined by two challenges. First, there is more than one candidate vying to play the role of bad cop. Those auditioning include Israel, Saudi Arabia, France and Congress, and it's not clear all are in sync. Second, it's an open question whether the true intent of these actors is to increase the leverage of the negotiating team or sink the negotiations outright.

The two bad cop candidates the Obama administration is most anxious about are Israel and Congress. Although France apparently objected to aspects of the earlier negotiations that weren't tough enough in rolling back the Iranian program, this is consistent with Paris' historical position on proliferation issues. France views its status as one of the original five nuclear states as a symbol of national power and has a tendency to guard that club even more zealously than its counterparts.

And while Saudi Arabia and its fellow members of the Gulf Cooperation Council may hem and haw about Western powers abandoning them for the convenience of a détente with Iran, these states are not a genuine risk to sink a deal. They depend on the United States as their security guarantor and lack the military capability to pose a threat to Iran should the P5+1 reach a deal with Iran the West can support but the Saudis cannot.

This leaves Israel and Congress as the real potential spoilers. It is unrealistic to expect Israel to withdraw its military option against Iran in response to an interim agreement. Still, the government of Prime Minister Benjamin Netanyahu should tone down the rhetoric and allow the negotiation process to play itself out. It's one thing to be the bad cop that could give the United States enhanced negotiating leverage, but another to be a player that is more interested in derailing the process than moving the ball forward toward a workable deal. A lower rhetorical profile from Tel Aviv could also ease pressure on those in Congress who believe that more sanctions are the answer.

Tehran is no doubt well aware that there is support for tougher sanctions in Congress, so lawmakers have fulfilled their bad cop role. Given the leverage already established, focus should now be on finding workable parameters that slow Iran's nuclear advance in order to create the space for a more comprehensive agreement down the line. And like it or not, this requires showing Iran that good faith efforts on their part would be met with sanctions relief and a ratcheting back of the military threat.

Whether the administration will win this two-front war depends on how well it succeeds in reining in the bad cops so they can play their role without derailing the negotiations altogether.

This commentary originally appeared on U.S. News & World Report on November 22, 2013. Commentary gives RAND researchers a platform to convey insights based on their professional expertise and often on their peer-reviewed research and analysis.