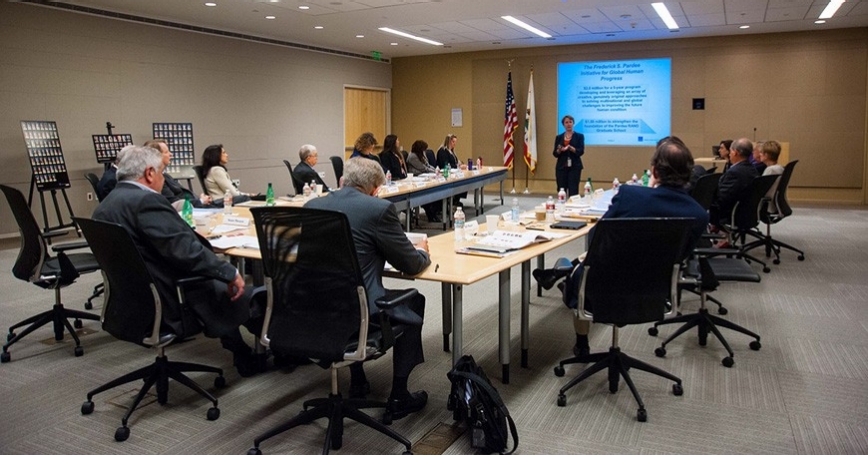 The Pardee RAND Graduate School Board of Governors reviews and provides recommendations to the president and chief executive officer of RAND and to the dean of the graduate school on long-range strategic and financial planning, the Pardee RAND business plan and annual budget, and organizational and programmatic changes within the school. The RAND Board of Trustees elected two new Board of Governors members this week: John Seely Brown and Robert A. Eckert.

John Seely Brown is a visiting scholar and advisor to the provost at the University of Southern California and the independent co-chairman of Deloitte's Center for the Edge. Prior to that he was the chief scientist of Xerox Corporation and the director of its Palo Alto Research Center—a position he held for nearly two decades. He was a cofounder of the Institute for Research on Learning. Brown—or “JSB” as he is often called—is a member of the American Academy of Arts and Sciences and the National Academy of Education. He is a fellow of the American Association for Artificial Intelligence and of the American Association for the Advancement of Science. He has published over 100 papers in scientific journals. His recent books include: The Social Life of Information (HBS Press, 2000), with Paul Duguid; The Only Sustainable Edge (HBS Press, 2005), with John Hagel; The Power of Pull (Perseus books, 2010), with John Hagel; and The New Culture of Learning (2011), with Professor Doug Thomas at USC. Brown has received seven honorary degrees, a B.A. from Brown University in mathematics and physics, and a Ph.D. from the University of Michigan in computer and communication sciences.

Robert A. Eckert is a toy and food industry veteran with more than 35 years of experience and leadership in the highest ranks of business. He serves on the Board of Directors for McDonald's Corporation, Levi Strauss & Co., and Amgen Inc. He is a member of the Eller College National Board of Advisors at the University of Arizona and of the J.L. Kellogg Graduate School of Management Advisory Board at Northwestern University. He is also a member of the American Society of Corporate Executives and the World Presidents' Organization in Los Angeles. He is a director of the Pacific Council on International Policy. Eckert is chairman emeritus of the board of Mattel, Inc., the worldwide leader in the design, manufacture, and marketing of toys with more than $6 billion in annual sales. He was Mattel's chairman and chief executive officer from May 2000 through December 2011. He remained as chairman through 2012. Eckert received a B.S. in business administration from the University of Arizona and an M.B.A. in marketing and finance from Northwestern University.