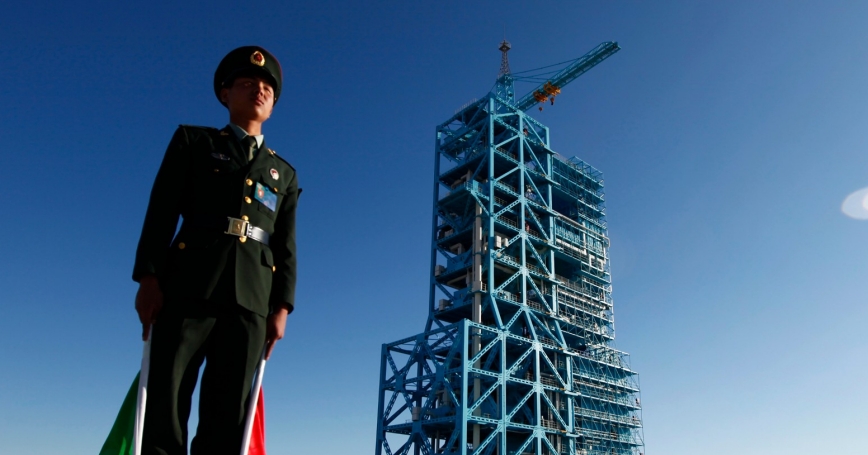 Reports earlier this year that the U.S. Department of Defense leased a Chinese satellite to support military operations in Africa sparked concern that the arrangement could compromise control over U.S. military communications, or, worse, allow Chinese intelligence gatherers access to privileged military data.

The $10 million, one-year contract is for the Apstar-7, operated by APT Satellite Communications of Hong Kong, which has close ties to the Chinese government. It is one of many commercial satellites the Pentagon has been using for years to help meet its voracious appetite for bandwidth. In fact, virtually all commercial satellite capacity used by the DoD is owned by offshore interests. The Pentagon said it was a simple matter of supply and demand — and that the Apstar-7 was the only alternative over Africa.

Two potential issues have been raised: that the data flowing through foreign-controlled satellites may be compromised and that the owner might turn the satellite transponders off at a critical moment.

The Pentagon has issued assurances that its data passing through this and other commercial satellites is sufficiently encrypted to prevent compromise. And simply owning a transponded satellite does not confer special access to the satellite owner — a third party could as easily monitor the downlinks and exploit them (such as the drone videos posted to the internet early in the war in Afghanistan). A sufficiently strong form of encryption should prevent this.

But can the owners shut them off? Yes. Furthermore, transponders on commercial satellites can be easily jammed using standard satellite terminals — as demonstrated by nations unhappy with dissenters broadcasting by satellite and unwitting users who stray into frequencies owned by others.

So how can the Pentagon reduce its reliance on foreign-owned satellites like the Apstar-7? Two ways: It could increase its supply of bandwidth or decrease its seemingly limitless demand.

For years the Pentagon has launched its own satellites to minimize its reliance on commercial capacity. For example, the Wideband Global Satellite system provides commercial-like capabilities on DoD-owned satellites. These and other systems cannot be turned off at the whim of an offshore entity — though they may be overwhelmed by growth in demand. Such satellites can also be built with special features to limit their vulnerability to interference — whether intentional or not. (The Transformational Satellite Communications system was one such program but was cancelled in 2009 because of its high cost and delays).

There are now two Advanced Extremely High Frequency Satellites in orbit, envisioned as part of a space-based network to support protected military communications. More launches of these satellites are planned over the next few years, to grow the DoD's satellite bandwidth. Still, this network was not meant to carry the kind of data loads the military is currently producing. And the creation of a new satellite network seems highly unlikely given current budgetary conditions.

For high-capacity usage, the DoD has also launched the Wideband Global System. Four of these satellites are now on orbit — each providing 2.1 gigabits per second of capacity. Together, these satellites provide more capacity than the military used during Operation Iraqi Freedom, though it is still not enough to meet existing demand and expected growth.

Another alternative would be to make more efficient use of the department's distributed communication network architecture, like the Defense Information System Agency's global content delivery system, which caches content worldwide. This would ease the congestion if coupled with implementation of its netcentric data strategy devised in 2004. This strategy, which also was advanced in a 2008 Defense Science Board report, would enable useful data to be tagged and advertised and discovered and thus large raw data files shared only when needed.

In addition, the risk of any one satellite being jammed or turned off can be mitigated if extra capacity is leased on adjacent satellites — especially those controlled by different owners. Such a strategy requires that the Pentagon take a long-term view — leasing transponders on a variety of satellites well before a war breaks out instead of looking for whatever capacity happens to be available during a crisis. This also requires some investment in capacity that may not be immediately needed. Luckily, large amounts of capacity can be obtained at reasonable cost if acquired through long-term leases. If some of this capacity goes “dark,” it could be replaced by moving high-priority users to other satellites.

Another approach is to limit demand by suppressing “appetite” or employing new technologies to more efficiently meet needs. In today's information age, there is a constant push to share as much information, graphics, audio, video and other data as possible. Not all of this is needed or even useful. The military's “information diet” is heavy on fat, unneeded raw data and information that is of little value. A lot of this low-yield data is being transferred from point to point without ever being viewed, much less analyzed.

Strategies to address the flood of data exist in all sectors. In the private sector, ESPN has advised the U.S. Air Force on how to efficiently review hours of video, skills the sports broadcasting giant developed to efficiently select highlights from the entire library of video it amasses everyday. Likewise, Google uses sophisticated algorithms and tags to deliver to its users only the specific information they are looking for, rather than a torrent of data that may be of only tangential interest. The DoD years ago defined a data strategy that focuses on smartly tagging video imagery and other data sets to efficiently share only what is requested. This strategy has been written, but not widely implemented.

Implementing more efficient leasing strategies to augment DoD-owned bandwidth can help increase and diversify supply. Even as it diversifies its supply, the military should renew its focus on data sharing efficiency to reduce its reliance on foreign satellite capacity and save money. Bandwidth is not a limitless commodity, but rather an expensive resource that should be conserved.

Timothy Bonds is vice president and director of the RAND Arroyo Center. Isaac Porche is a senior researcher at the nonprofit, nonpartisan RAND Corporation.

This commentary originally appeared on U.S. News & World Report on November 7, 2013. Commentary gives RAND researchers a platform to convey insights based on their professional expertise and often on their peer-reviewed research and analysis.