The FDA Ban on Trans Fat Should Be Just the Beginning 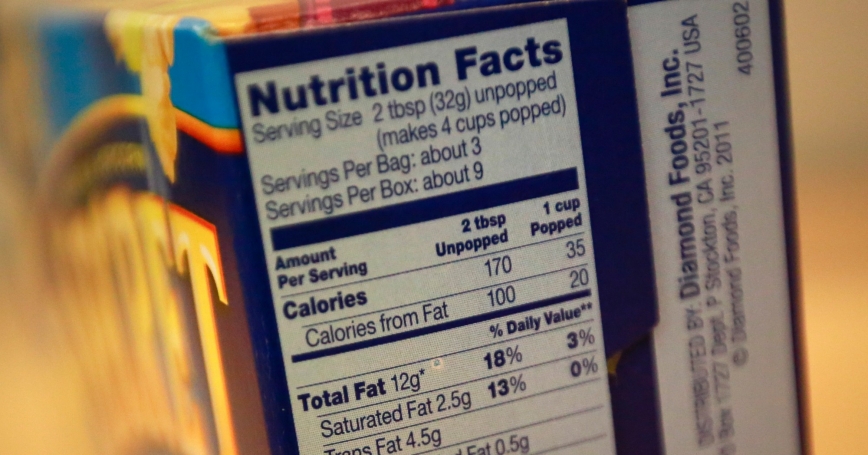 It's been clear for more than a decade that trans fat is a dangerous substance that increases the risk of heart disease. Denmark banned its use in 2003. Several American cities and states have followed suit, but the use of trans fat is still widespread despite the availability of suitable substitutes.

Over the past 10 years, trans fat consumption is thought to have contributed to an estimated 70,000 needless American deaths. Given that universal, voluntary cooperation to eliminate trans fat hasn't happened, the Food and Drug Administration (FDA) is justifiably seeking to designate trans fats as unsafe.

A nationwide ban on artery-clogging artificial trans fat is a long-overdue first step toward improving American diets, fighting obesity and limiting the risk of chronic disease. But it is just the first step in what should be a far broader campaign to help consumers make healthier choices at mealtime.

Public lack of awareness of the impact of prepared foods on individual health is not limited to trans fat. When dining out, even in establishments that avoid trans fats in preparing food, Americans face a range of health risks often without realizing it. People are routinely served far more calories than they can burn.

They are routinely served too many low nutrient foods and insufficient quantities of fruits, vegetables, and whole grains. What should become routine instead is the availability of menu options that put people's health first.

Hopefully, the FDA's trans fat initiative will succeed — previous city/state bans and labeling improvements have already managed to cut daily consumption by Americans from 4.6 grams in 2006 to 1 gram in 2012 — and pave the way for the creation of other standards and regulations regarding the quantity and quality of food that is offered to diners in restaurants.

The lack of such standards makes it difficult, if not impossible, for most people to recognize when they are being put at risk for a chronic disease. If people are served too much of something (like calories), they would have to compensate by eating less later; conversely, if they are served too little of something (like vegetables), they would have to eat more later to neutralize the risk of chronic disease.

But most people lack the information they need to judge or track the quantity and quality of the nutrients they consume.

The FDA should take a disease prevention approach — as it is currently doing with trans fat — in promoting standards that address how all foods are prepared and served away from home. Such regulations could be based on existing U.S. Department of Agriculture (USDA) dietary guidelines that limit exposure to foods that increase health risks and optimize exposure to foods that protect against chronic disease.

Both the FDA and USDA already have standards for portion sizes. Creating standards for food away from home wouldn't prevent people from eating whatever they want, but it would help them recognize the risks that accompany poor dietary choices.

Setting standards that promote public well-being would hardly be new. Building codes are designed to promote public safety, alcohol sales are regulated to prevent youth access, and restaurants already are subject to a variety health regulations. Standards are what make life predictable and secure. They help people plan and prepare. They set benchmarks that drive expectations, serve to ensure a minimum quality and establish conditions that limit harm.

Our food environment lacks sufficient standards to help people avoid the risk of chronic disease. The health risks posed by added dietary trans fat are serious, to be sure, but they are just the tip of the iceberg. Reasonable standards that address all foods could herald a new era in which Americans could be free from the growing burden of diet-related chronic diseases.

This commentary originally appeared on The Health Care Blog on November 26, 2013. Commentary gives RAND researchers a platform to convey insights based on their professional expertise and often on their peer-reviewed research and analysis.