The Missing Option for Afghanistan: A Response to Steve Biddle 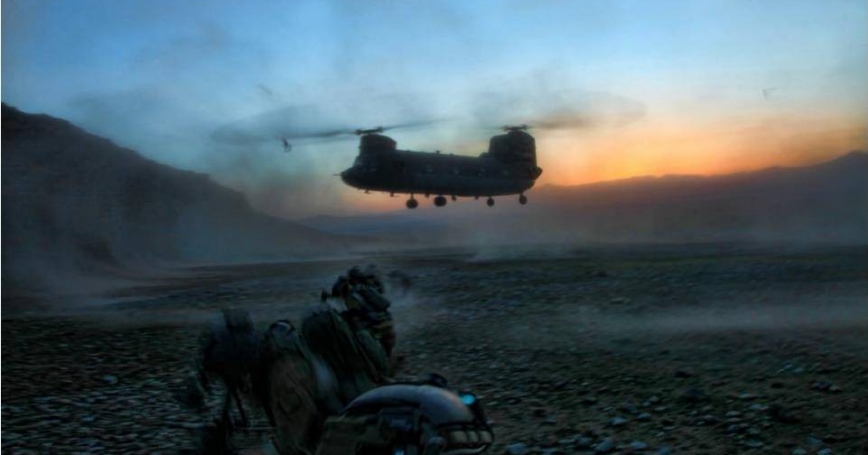 Steven Biddle is one of the more knowledgeable commentators on Afghanistan, having written one of the first, and still most insightful, analyses of the early days of Operation Enduring Freedom. He isn't prone to invoking the historically inaccurate and intellectually lazy notion that Afghanistan is a place where mighty militaries invariably fail, an idea that has informed far too much deterministic “analysis” over the last dozen years. He once rightly noted, “Many Americans see Afghanistan as hopeless and ungovernable — a chronically violent 'graveyard of empires.' It is not. For most of the twentieth century, Afghanistan was internally stable and at peace with its neighbors.”

So his recent essay in Foreign Affairs on “Ending the War in Afghanistan” is notable for its relative pessimism. He argues that there are really only two options: cut a deal with the Taliban, or acknowledge that the war is lost and withdraw completely, with no residual force and no continued donor support. Neither option is good, but both are better than the worst-case scenario. “Losing per se is not the worst-case scenario; losing expensively is.” In his view, the United States and the Afghan government have no prospect of victory. Thus, without a negotiated settlement, we can only choose to acknowledge defeat swiftly and efficiently, or endure defeat slowly and expensively. He argues we are currently on track for the “lose expensively” option.

Biddle's analysis is curious because he acknowledges that the 2010–12 surge of international troops made progress, but he doesn't seem to believe that such progress could be sustained. The idea was that “a troop surge would clear the Taliban from strategically critical terrain and weaken the insurgency so much that the war would be close to a finish by the time the Afghans took over. That never happened,” Biddle argues. “The surge made important progress, but the tight deadlines for a U.S. withdrawal and the Taliban's resilience have left insurgents in control of enough territory to remain militarily viable well after 2014,” he adds. Biddle is right that the withdrawal deadline undermined the surge — something critics of the deadline predicted well in advance — but resists the obvious conclusion: to sustain recent progress, the United States should not withdraw from Afghanistan.

Biddle's blindness to the obvious conclusion is a result of the presuppositions on which his argument depends. He simply assumes that the withdrawal of international forces is a fait accompli that cannot be changed. He assumes the current counterinsurgency strategy, such as it is, also cannot be improved. Both are true so long as a prior assumption also holds: that the United States' political will to continue the war has long since been exhausted.

Biddle follows the trend among commentators generally in treating political will as an exogenous factor, fixed for all intents and purposes, something policymakers simply have to accept. But the percentage of Americans who believed the war in Afghanistan was a mistake showed a small but significant downtick, followed by a leveling off, from late 2010 through early 2011, according to Gallup. That's noticeable because support for the war is on a long-term decline (following the pattern of support for most wars). The short interruption and reversal of the long-term trend corresponded with the surge of troops and with the U.S. making progress against the Taliban. In other words, the American people haven't lost support for fighting the war in Afghanistan. They've lost support for losing the war in Afghanistan. If they believed the war was winnable or that we were winning, they would likely rediscover their political will.

Policymakers — especially the president — can influence public opinion. They don't have to accept the lack of public support for the war in Afghanistan as fixed. They have a couple of tools at their disposal. First, they can make the argument for why the war is important. Data suggests the president would have a receptive audience: last year almost 60 percent of Americans expressed concern that withdrawing from Afghanistan too quickly will make Afghanistan a safe haven for terrorists, according to Gallup. They are right. If the war goes badly, al Qaeda or some similar group is likely to regain safe haven there. Forcefully and regularly articulating this case could stabilize, or even reverse, sliding support for the war.

Second, the president can change policy. The deadline for withdrawal has been counterproductive, and Biddle is right that a small residual force of U.S. troops would not make enough of a difference to help the Afghans turn the tide after 2014. The obvious alternative is to halt or dramatically slow the withdrawal, and maximize the post-2014 stay-behind force. The United States need not sustain its peak level of over 100,000 troops in Afghanistan now that the Afghan army and police are near their projected end-strength. But the president could recognize that the most successful part of his Afghanistan policy over the past five years was sending more troops there — which is also when support for the war stabilized. Keeping as many troops as possible (I argued for 30,000 in Survival earlier this year) would minimize risk and maximize our chance of consolidating our gains.

Such a change in policy would likely be unpopular at first, but would payoff as the gains become clearer: for starters, it would increase our bargaining leverage in the negotiations Biddle rightly calls for. And it would create another option alongside the two Biddle outlines. We don't have to settle for a choice between losing and losing expensively: we can choose to sustain our commitment to the Afghans and secure our vital interests in South Asia. There is thus a heavy burden on the president to make a politically risky move against popular opinion in light of longer-term considerations — but, at its best, that is the function of the presidency.

Paul D. Miller is a political scientist at the nonprofit, nonpartisan RAND Corporation.

This commentary originally appeared on ForeignPolicy.com on November 5, 2013.