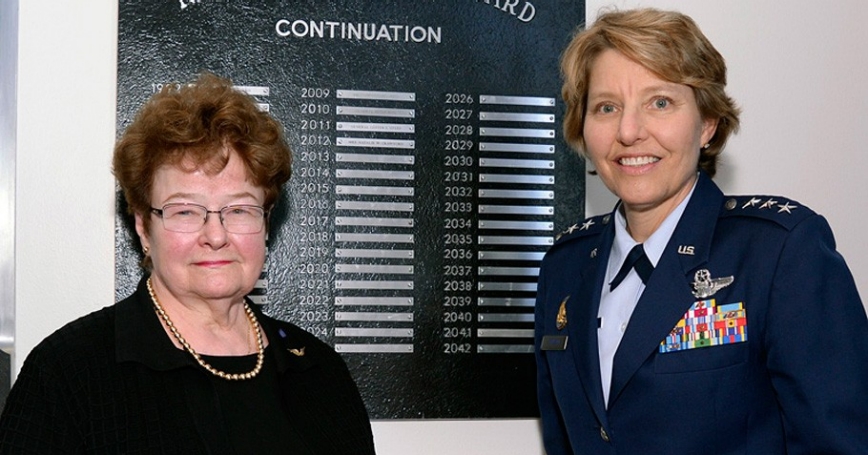 Crawford was selected for the award by a committee coordinated by Sue Christensen of the Academy's Plan and Programs office. “Ms. Crawford has selflessly worked behind the scenes for nearly 50 years to improve Air Force aircraft, weapons and space systems capabilities and has supported Air Force Scientific programs,” Christensen said.

The award was presented in a ceremony on November 1 and Crawford's name was added to a plaque in Arnold Hall at the U.S. Air Force Academy.