A Global Focus on Dementia 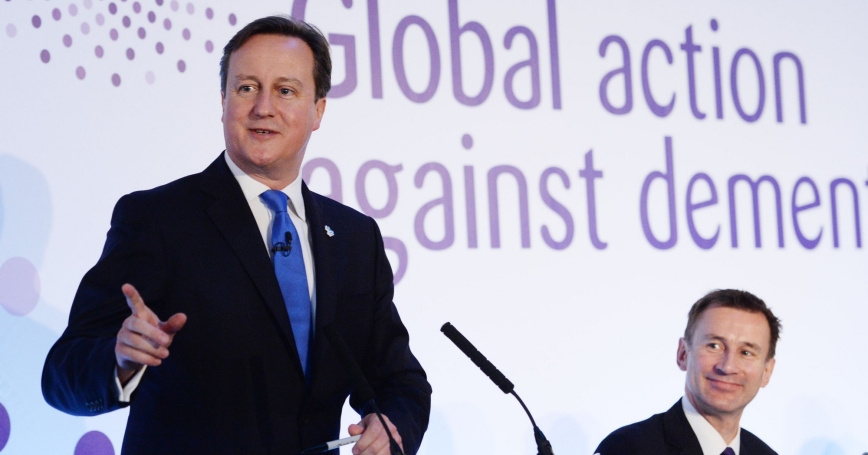 by Regina A. Shih

The Group of 8 industrial nations is convening a special session today (Dec. 11) to seek an international approach to dementia research at a time the disease is being recognized as a 21st century global health crisis of historic proportions.

The G8's dementia summit is an important first step toward a coordinated international response to a growing health crisis that, if left unchecked, will extract an unprecedented toll in human suffering and devastate the budgets of families, communities, and health systems worldwide in the coming years.

As important as the summit will be in drawing attention to dementia and its impacts on lives and budgets, more needs to be done. Government and private interests need to recognize that dementia poses a threat not just to its victims, but to health care systems and economies as well. Given the extent of dementia's impact, the level of investment in research on cures for the long term and on dealing with the fallout in the short term should match the severity of the problem.

Last April, a RAND research team led by Michael Hurd published a ground-breaking article titled, “Monetary Costs of Dementia in the United States,” in The New England Journal of Medicine. It concluded that 3.8 million Americans currently suffer from the disease and that number is expected to grow to 9.1 million by 2040.

The costs are already staggering, the report said. With a price tag for medical services and institutional and home-based care estimated at between $157 billion and $215 billion annually, the disease is more costly to the United States than either heart disease or cancer.

And, that is just in the United States. Globally, the World Health Organization estimates that 35.6 million people suffer with dementia and that number will nearly double to 65.7 million by 2030 and reach 115.4 million by 2050.

A chronic disease of aging that robs people of cognitive function, dementia leaves its victims unable to tend to even the most basic activities of living. The RAND report found that between 75 percent and 84 percent of costs are attributable to long-term services and supports, which often leave surviving caregivers impoverished and estates depleted.

Building on RAND's existing research on costs of dementia, aging, and health care quality for the elderly, we are working to develop an action plan that outlines the most promising steps that can be taken to improve access, quality, and outcomes of long-term care for persons with dementia. This effort will start by engaging stakeholders in the United States to understand how long-term services and supports can be improved and expanded to better serve dementia patients and their caregivers.

The goal of the G8 summit is to facilitate worldwide coordination and collaboration on dementia by bringing together health and science ministers, leading experts, senior industry figures and the Organisation for Economic Co-operation and Development. This is a worthy goal, but one that must be accompanied by a serious global commitment to investing in research and understanding stakeholder needs.

We are not alone in calling for this renewed and intensified focus on dementia research. British Prime Minister David Cameron, in announcing the G8 dementia summit, was mindful of the spiraling costs associated with the disease and the need to leverage the world's best research resources.

“That's why we're using our G8 to bring together health ministers, clinical researchers and healthcare companies. If the brightest minds are working together on this then we've got a greater chance of improving treatments and finding scientific breakthroughs,” Cameron said.

Regina Shih is a senior behavioral/social scientist at the nonprofit, nonpartisan RAND Corporation.