A Long-Term View for the EU: The Health of Nations 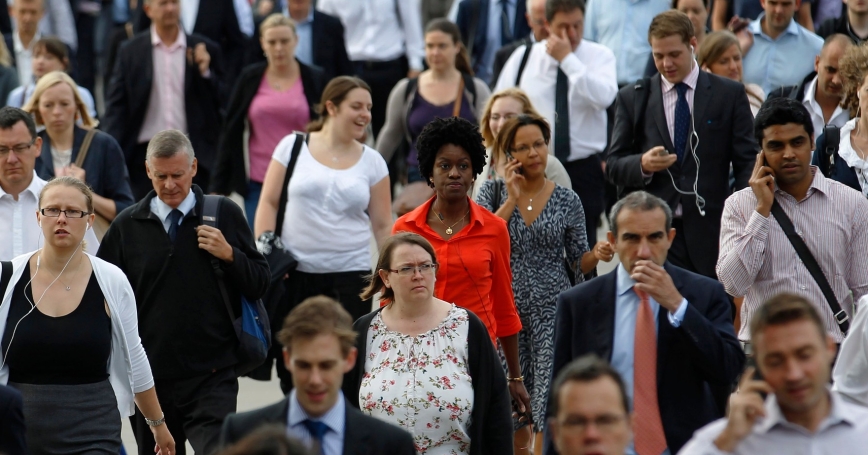 When asked to list important global societal trends and how they will affect the European Union, it is tempting to paint a dire picture. Our report, “Europe's Societal Challenges,” released today, acknowledges the many challenges facing the EU and suggests ways to mitigate current downward trends.

The dashboard of socio-economic indicators used by the EU to assess the state of its economy and society do not give much room for optimism. Unemployment was at an all-time high of 10.9 percent in October 2013 for the EU overall, hiding startling figures of 26.7 percent for Spain and 27.3 percent for Greece. In addition, poverty and social exclusion have soared in the EU, with more than 124 million people at risk. After decades during which income inequality declined, it has now started to rise. Moreover, the trust citizens have (PDF) in institutions and governments, including those that are democratically elected, has dropped significantly since the onset of the crisis.

Prospects for younger people look particularly bad. One in four 15- to 24-year-olds in the European job market is unemployed, and in some member states that ratio is one in two. Even worse, many young people are not using the crisis to upgrade their skills or qualifications: 19.7 percent of those aged between 24 and 29 are so-called NEETs (not in education, employment or training).

When analysing long-term trends, it is important not to place too much weight on short-term cyclical developments. Indeed, after recessions in the past, Europe was able to recover in just a few years. But this time, although many member states will be seeing positive growth again in 2014, productivity growth is unlikely to return to pre-crisis levels. The long-term trend is one of declining growth, and Organisation for Economic Co-operation and Development (OECD) forecasts have projected that the Eurozone's real GDP will be overtaken by China and India and lose further ground to the US. The EU may need to acknowledge that it is likely to enter an era of slow growth. The mantra of becoming the “world's most competitive economy,” as echoed in the Lisbon Strategy from the year 2000, now seems redolent of a very distant past.

But it's not all dire news. There are certainly many promising prospects for the European economies. Big data, quantum computing and 3D printing, for example, all have the potential to create additional value or lead to productivity gains. A recent study suggested that the Internet has created 2.6 new jobs for every one lost to new technology efficiencies by small- and mid-sized businesses around the world.

However, notwithstanding the pessimism caused by the crisis, there seem to be a number of structural drivers underpinning the recent trends. Our report concludes that this is where Europe's policymakers, especially the newly elected parliamentarians, the new commission president and his team of commissioners arriving in 2014, must take note.

Earnings gains from productivity growth tend to be heavily concentrated among high-income workers. At the same time, projections suggest a considerable surplus of low-skilled workers, which could lead to long-term and permanent joblessness among young people without secondary training and older workers who cannot retrain to meet requirements for new skills. As a consequence of this skills mismatch, income inequality is projected to expand. It is expected that young workers, female workers and workers aged 55 and over will be hardest hit. Immigrant workers and their children may also be disproportionately represented among those affected.

Inequalities that arise from economic stress, distorted expenditure on welfare and healthcare and changing population structures may result in particular groups within populations becoming increasingly vulnerable. There is a risk of greater poverty and disenfranchisement among these groups, with important consequences in a range of areas.

Aside from fixing the economy, our report argues that the real challenge for European policymakers will be to break the trend of rising poverty risks, increasing income inequality and long-term unemployment without relying on economic growth as a panacea. Austerity packages have exacerbated the gap between rich and poor as they have disproportionally affected benefits to lower income groups. The interaction of the widening skills gap, digital divide and unequal benefits of technological innovations could lead to a vicious cycle for vulnerable groups, such as young people, the older poor, low-skilled workers, migrants and their children. At the same time, the affordability of safety nets for those who drop out of the labour market, because they are older, disabled, ill or care for others, is increasingly a challenge.

Investing in health and education, preferably as early as possible (e.g. through early childhood education and care interventions) will help reduce costs in the long term, avoid exclusion, and equip citizens with the skills that are in demand in the labour market. By shifting the strategic focus beyond growth and jobs, as recently suggested by the Stiglitz Committee and the OECD, the successor of the current Europe 2020 Strategy should aim to invest in human capital and avoid sluggish productivity growth achieved at the expense of social inclusion, public health, education and skills, security or freedom.

In preparing for this new growth paradigm, we advise the incoming EU leadership to look beyond wealth, as measured in GDP, and to concentrate on the socio-economic health of EU nations.

Stijn Hoorens is associate director at RAND Europe and head of RAND's Brussels office. He led a study on Europe's Societal Challenges in the next two decades, commissioned jointly by the European Commission, Parliament, Council and the External Action Service. The work is part of the European Strategy and Policy Analysis System (ESPAS) set up to develop a lasting framework to assess global trends and to develop policy responses across EU institutions over the next institutional cycle (2014–2019).