A 'Nixon to China' Moment with Iran? 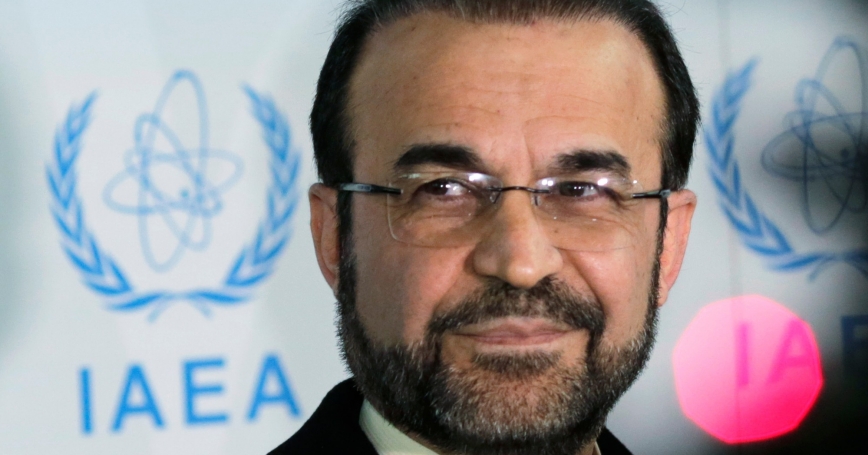 The Nixon administration's 1972 strategic breakthrough to normalizing relations with China — after two decades of hostile confrontation — transformed the dynamics of the Cold War and stabilized East Asia to America's benefit, at least for a time. The current negotiations with Iran designed to eliminate its nuclear weapons capability seem to lack a broader strategic objective: stabilizing the Middle East with a regional balance of power. What does the China experience tell us about prospects for a strategic breakthrough with Iran?

Comparison of the two situations suggest it is unlikely that the current negotiations with Iran will stabilize a region increasingly polarized by strategic, religious and ethnic rivalries, with America's allies and partners fearful of Iran's long-term goal of a regional Shiite hegemony.

In the short run, a deal on the nuclear issue that is acceptable to the United States and its regional allies and friends might not even stick due to internal Iranian opposition — just as Mao Zedong's opening to the United States nearly succumbed to domestic Chinese factionalism. The China opening was made possible by Mao's fear of the Soviet Union — a strategic concern that he (and later Deng Xiaoping) shared with President Nixon and subsequent American leaders. Today, Iran and the United States lack such a shared and fundamental security concern — the kind of common interest that gave relatively long-term stability to normalized U.S.-China relations. Indeed, they have fundamental differences over the future structure of regional power.

That said, Iran — like China — does have strong and persisting economic incentives to change course. Deng Xiaoping threw out Mao's politicized approach to economic development. His "kaifang" (opening up) policies fundamentally changed the trajectory of China's politics and led to its dramatic economic takeoff. An important aspect of this opening was receptivity to Western scientific and cultural contact.

Is Supreme Leader Ali Khamenei prepared to do more than constrain Iran's nuclear program in order to end the sanctions that are crippling the country's economy? Given his stated opposition to "Westernization," and the religious foundations of his rule, it seems unlikely he will support an open door policy — even in the face of a public anxious for moderated relations with the world, as was evident in the recent election of President Hassan Rouhani. Thus, an uncertain bet for the United States is that a nuclear deal that eliminates the sanctions and facilitates Iran's economic modernization would, over time, bring with it a moderating political transformation.

Even if Khamenei were prepared for a broader strategic change of course, would his internal politics sustain it? In the case of Mao's opening to the United States, the chairman provoked strong internal opposition, including a failed assassination attempt by Defense Minister Lin Biao, and efforts by revolutionary hard liners — the "Gang of Four," led by Mao's wife — to undermine the process of normalizing relations with the United States. Only Deng's purge of the "Gang" after Mao's death kept the normalization process on track.

There is no indication that the supreme leader is prepared for an initiative that would sideline the Revolutionary Guards and religious conservatives. His "red lines" for a nuclear deal seem at the margin of what the United States and its negotiating partners and allies need to constrain an Iranian nuclear "breakout" capability. If a final agreement were to give some confidence on the "breakout" issue, would Iran's hardline opposition elements subvert the deal, if not Rouhani's leadership? Such an agreement would cut against their fundamental interests.

Across the table in Geneva from Rouhani and his negotiating team is the P5+1 coalition, with the U.S. representatives responsive to America's domestic politics and the concerns of Israel, Saudi Arabia and other regional Sunni states. President Nixon did a remarkable job of defusing congressional opposition to dealing with "Red China," and with the international impact of his diplomatic shock. Support for U.S.-China normalization reflected widespread concern with avoiding another Korea-style war with China over Vietnam, as well as a maneuver that checked Soviet aggressiveness.

Today, President Obama struggles to build domestic and international support for a deal with Iran, with Congress divided over the prospect of another regional conflict versus living with a nuclear-capable Iran. It may well be that the terms required by our domestic and international interests for an acceptable agreement will be a bridge too far for Iran's side of the equation. A stalled, or failed negotiation for a final deal would leave Iran and the West each with unpromising alternatives: an Iran facing domestic political instability as its economy goes into further decline; and the West facing an unconstrained Iranian nuclear program. To break out of this stalemate, Israeli or U.S. military action would become a heightened possibility.

Should a nuclear deal be consummated with Iran, the China experience suggests problematic longer-term consequences. U.S.-China normalization, in the short run, facilitated regional stability by creating the context for ending the Vietnam War. It ended two decades of U.S.-China military confrontation and created the international conditions supportive of China's economic modernization. But today — after four decades of robust economic growth — a rejuvenated China is asserting its modernized military capabilities in a way that now threatens regional stability and raises the prospect of renewed military confrontation.

How would a rejuvenated Iran use its power some decades down the road? Given Iran's ambitions for regional preeminence and the deeply imbedded Shiite-Sunni divide, it is at best uncertain that Iran will pursue policies of regional reconciliation and stability. Thus, it is not surprising that the prospect of a deal limited to the nuclear issue is highly threatening to other Middle Eastern powers, who anticipate a fundamental regional shift toward the influence of the Persian Shiites. Consequently, the Geneva negotiations should be complemented by parallel, and even more significant, negotiations over Teheran's actions which threaten regional stability — not the least its support of Syrian President Bashar Assad and its backing of Hezbollah.

What does this all add up to for the prospect of a comprehensive deal going beyond the current interim agreement? We are likely to see Rouhani and his negotiators hold to positions that will be supported by the supreme leader and regime hard liners. They will want a deal that preserves Iran's prospects for regional preeminence — both a resurgent economy and a nuclear capability, or its prospect, justified by "the right to enrich." If the P5+1 holds firm on conditions that would significantly constrain, or even eliminate, an Iranian "breakout" capability, will a deal come to closure, or be sustained?

The choices now facing those crafting the next phase of negotiations in Geneva thus entail the prospect of short-term gains, significant risks of an unstable outcome and problematic longer-term consequences. One can conclude that four decades of normal U.S.-China relations, and their contribution to ending the Cold War, was worth the current uncertainties with China. Avoiding the likely short-term costs of military action against Iran's nuclear program must be weighed against a deal for the longer run that increases the likelihood of a strategic realignment in the Middle East favoring Iran.

Richard H. Solomon is a senior fellow at the nonprofit, nonpartisan RAND Corporation. Previously he served on the NSC staff, in the State Department as director of policy planning and assistant secretary for East Asia, and as president of the U.S. Institute of Peace.

This commentary originally appeared on U.S. News & World Report on December 24, 2013. Commentary gives RAND researchers a platform to convey insights based on their professional expertise and often on their peer-reviewed research and analysis.