Should the United States End Assistance to Syria's Rebels? 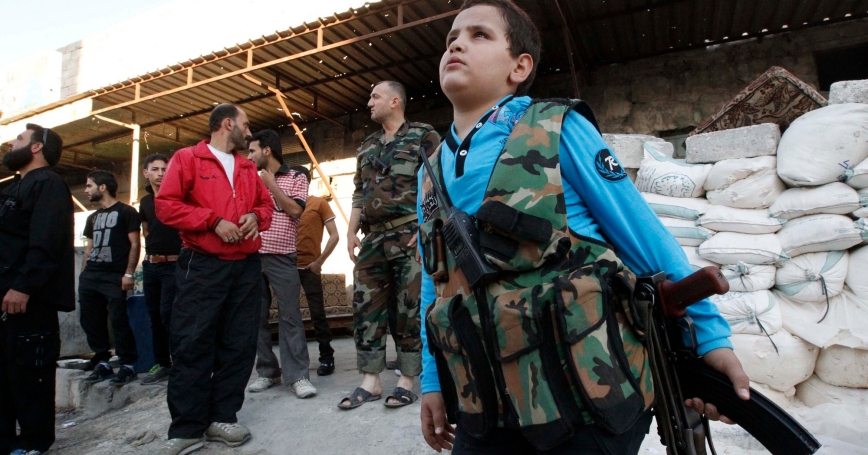 The United States announced recently that it was suspending aid to the rebels fighting to overthrow the regime of Syrian President Bashar al-Assad. This comes amidst reports that other Western countries are now gradually withdrawing their military support to the rebel forces. Should the suspension of U.S. assistance be made permanent?

There are some good arguments for ending assistance:

The rebellion in Syria is becoming more radicalized. Al Qaeda's affiliates have become the chief beneficiaries of the rebellion.

As demonstrated by the recent takeover of rebel bases by extremist elements, the rebels cannot hold on to the material given to them. Whatever the West provides risks ending up in the hands of the jihadists.

The rebels, at least those backed by the West, cannot defeat Assad. Therefore, continuing to support them only adds to the level of violence without a realistic expectation of success.

We cannot do this by half measure. Trickling aid to some of the rebels does nothing. If the United States wants to alter the situation on the ground, it must sculpt a more comprehensive approach. The United States' previous experience in supporting rebels against a dictator did not exactly turn out as planned in Libya, where anarchy has taken hold.

It was never clear how U.S. policy could at the same time support the non-al Qaeda rebels, weaken al Qaeda, and bring down Assad. It is not easy to see how this can be done now without a major military commitment.

Tired of costly interventions, many Americans would say that what happens in Syria may be tragic for the Syrians, but it is not America's fight — the United States had no business supporting Syria's rebels in the first place. Ending U.S. involvement is belated wisdom.

A stable and predictable dictatorship is preferable to continued war. At least, Assad will keep al Qaeda at bay. There are other ways to stay invested in Syria, like humanitarian assistance and serious diplomacy in Geneva.

At the same time, here are some important reasons not to abandon Syria's pro-Western rebels:

Ending assistance will not end the fighting. It will only accelerate the radicalization of the rebellion. The remaining fighters will likely migrate to the jihadists, who will not quit. Abandoning the more secular rebel groups virtually guarantees that al Qaeda will dominate the opposition to Assad.

It leaves the United States without any connections on the ground in Syria, it will have even less ability to influence the course of events than it has now.

Abandonment of Syria's more moderate rebels will leave a thuggish dictator in power, unchallenged except by the more extremist elements.

Ending aid would shred any pretension to principles. U.S. policy must be flexible and pragmatic in order to deal with fluid events in the Middle East, but to have opposed a popular military takeover in Egypt because it did not conform to democratic form while choosing not to support a popular revolt against a military dictator in Syria is uncomfortably contradictory. If fear of al Qaeda is the overriding concern behind all U.S. policy decisions, is dropping the pro-Western Syrian rebels really a step toward destroying the jihadist threat? That could still be done without abandoning the more acceptable rebels.

The United States will get nothing from Assad in return — no gratitude, no political reforms, no olive branches. More likely, a collapse of the rebellion will leave in place an even more paranoid and brutal government, one now totally dominated by Alawite loyalists, determined to settle scores. Retribution, not reconciliation will characterize post-rebellion Syria.

It will confirm to Sunnis in the Middle East and throughout the world that the United States is willing to see them crushed.

The situation in Syria remains fluid. The rebels seemed to be doing well until mid-2013. Then government forces, with help from Russia, Iran, and Hezbollah, were able to block further rebel progress. But this is a protracted conflict. The tide of war could shift again. In fact, the chances that Assad can actually “win” remain very small.

The American investment in Syria thus far can be accurately described as timid and minimal. The United States can do more to assist the rebels without directly using American military power or sliding into a strategy of escalation.

A reversal of American policy in Syria will be seen as confirming (unfairly or not) that the United States is incapable of any long-term commitment. It will undermine U.S. influence on a wide range of issues in the region.

Suspending assistance to Syria's rebels will dismay America's allies in the region, who already have mounting doubts about American credibility. It will demonstrate American weakness.

Is there a new American strategy to supplant its support for the rebellion? Will the United States attempt to protect threatened populations? Increase it efforts to resettle refugees? Achieve some kind of compromise in the upcoming Geneva talks?

If the last is important, then talk of ending American support for the rebels seems ill timed. Why would the United States want to undercut its own position just a few weeks in advance of international negotiations aimed at resolution of the Syrian conflict? One does not have to be Machiavelli in order to know that American (and therefore Western) backing of the rebels, even if not much more than in theory, represents America's only leverage in the talks. If the United States is walking away from Syria, what will there be to talk about in Geneva?

This is not an easy call for the U.S. administration, with a lot of unknowns, but the arguments for continuing aid are deep.

This commentary originally appeared on The RAND Blog and GlobalSecurity.org on December 23, 2013. Commentary gives RAND researchers a platform to convey insights based on their professional expertise and often on their peer-reviewed research and analysis.