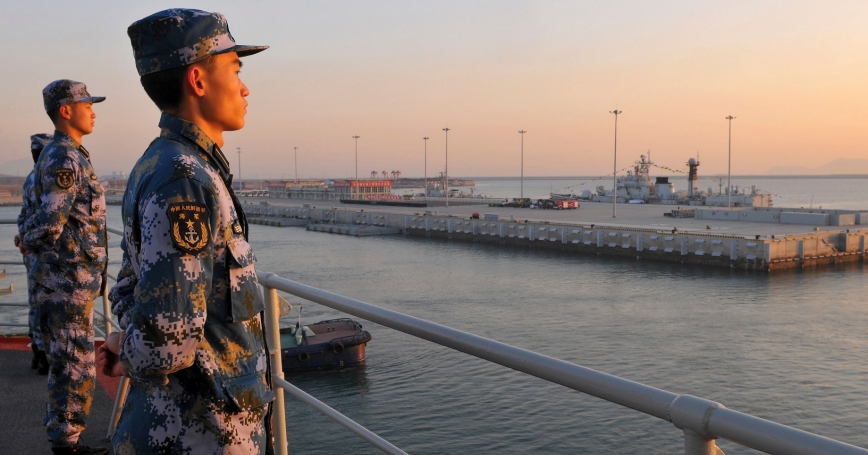 In response to an inquiry from The Nelson Report, RAND's Scott Harold offered some thoughts on China's new air defense zone policy and how Japan and South Korea could be brought closer together by their respective responses.

Chinese President Xi Jinping is widely regarded as the most powerful leader one year into his term since Mao Zedong. The idea that a newly promoted batch of People's Liberation Army (PLA) generals would be freelancing the new air-defense-zone policy to push the China Military Commission (CMC) Chairman, President, and General Secretary of the Communist Party of China (who has a close alliance with much-feared Central Commission for Discipline Inspection (CDIC) chieftain Wang Qishan) to act in ways that Xi might not want to do strikes me as unlikely.

Since the PRC's claimed air defense zone was announced last week, South Korea's English-language media have highlighted the perceived threat to the South Korean-controlled submerged rock of Ieodo in the East China Sea, talking up the need to extend the Korean air defense zone to cover it. Shifting to procure three more Aegis-enabled destroyers, Finance Minister Jeung-Hyun Yoon has made positive noises that Seoul appreciates Japan's patience and efforts to improve ties. And Seoul has announced interest in joining the Trans-Pacific Partnership (TPP). From where I sit, the ROK response looks pretty strategic and broad-gauge.

One option for Japanese Prime Minister Shinzo Abe now might be to announce a slight redrawing of the Japanese air defense zone to put Ieodo outside of it, and to announce that the move was done out of respect for Korean sensitivities, calling Ieodo by that name (i.e., not Socotra or Suyanjiao). Japan might also reference its interest in scientific cooperation or exchanges on oceanographic data with the Korean research team that works on the research station the ROK built there in 2003. While not on par with the rocky outcrop known as Dokdo in South Korea (and Takeshima in Japan), Ieodo is also a “holy cause” for some Korean patriots, so this would be a major sign of respect.

Because Japan doesn't claim Ieodo (even though they are closer to it than China, and the Japanese air defense zone already covers it), this could be a big, zero-cost points-scorer for the Abe administration. In addition, Abe could welcome South Korea's expression of interest in the TPP and note that he hopes it can join the agreement at an early stage. This would effectively establish a Japan-Korea free trade agreement (FTA), counterbalancing China's quest to sign a PRC-ROK bilateral FTA to put pressure on Tokyo — a strategy that Chinese analysts at the University of International Business and Economics described in 2010 as a “divide-and-conquer strategy” to use against Japan.

One final thought: Abe may be able to engage his very diplomatically skilled wife, who has been at the forefront of friendly people-to-people outreach to both South Korea and China. Perhaps the arrival of new U.S. Ambassador Caroline Kennedy could provide some opportunity for Abe Akie to reach out to other prominent ambassadors, such as the ROK's Amb. Lee Byung-kee.

Scott W. Harold is an associate political scientist at the nonprofit, nonpartisan RAND Corporation. This commentary is derived from a published exchange he had with The Nelson Report.