Why Did Terrorists Attack Volgograd? 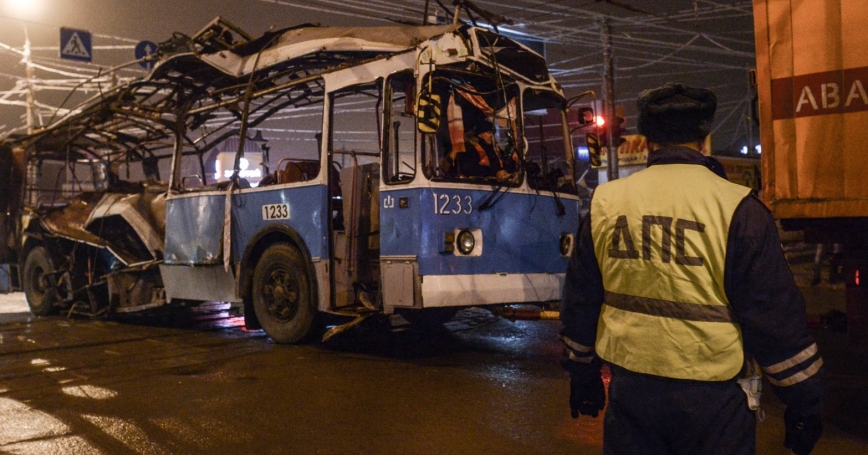 A bomb ripped apart a bus in Volgograd on Monday, killing 14 people in the second deadly attack in 24 hours

Terrorist attacks are intended to be public events. We quickly know what happened and where, but unless the terrorists accompany the attack with a claim of responsibility and an explanation, figuring out who did it, why they chose a particular location or target and what they hoped to accomplish are often matters of informed speculation. So why did terrorists attack the Russian city of Volgograd?

Circumstantial evidence supports the widespread presumption — although it is still a presumption — that Islamist extremists who have been challenging Russian rule in the Caucasus are responsible. Most likely, they are fanatics connected with the shadowy Caucasus Caliphate. This latest, and more Islamist incarnation of the Chechen resistance movement has been responsible for a continuing campaign of terrorism across Russia. Its leader, Doku Umarov, has declared his determination to disrupt the forthcoming Winter Olympics in Sochi, even at the cost of innocent civilians, so bombings in public places just six weeks in advance of the event make his outfit a prime suspect. But in this turbulent part of Russia with its mosaic of conflicts in Chechnya, Dagestan and Ingushetia, motivated attackers are plentiful.

As Umarov himself put it, the Sochi Olympics are “being held on the bones of many, many dead Muslims buried in our land.” Russia began its conquest of the Caucasus centuries ago, but never completely pacified its people who have launched repeated rebellions over the years. Prompted by alleged Chechen disloyalty, Stalin deported a large portion of its people to Siberia and Kazakhstan in the 1940s — tens of thousands died along the way. The survivors were allowed to return, but not until 1957.

Terrorists carry out dramatic acts of violence to attract attention to themselves and their causes and to create an atmosphere of fear and alarm. Both terrorist objectives have been served. The Volgograd attacks have brought renewed world attention to the unresolved conflict in the turbulent Caucasus. The bombings no doubt have rattled Russian nerves. While Umarov's reputation among extremists will rise, President Putin's reputation as defender of Russia is at stake.

Umarov, the self-proclaimed emir of Muslim resistance in the Caucasus, is determined to avenge centuries of Russian oppression. Putin, meanwhile, is heavily invested in a successful Sochi Olympics as a means of restoring Russia's status in the world and redressing the humiliation of the 1980 Olympics in Moscow, which more than 60 nations boycotted in the wake of the Soviet Union's invasion of Afghanistan.

To ensure maximum effort to disrupt the Olympics, Umarov reportedly lifted a ban on civilian casualties. If high body count is the terrorists' tactical objective, then train stations and trolley buses are obvious targets. They provide easy access and crowds of strangers in confined environments that enhance the effects of terrorist bombs. According to statistics compiled by the Mineta Transportation Institute, terrorists in Russia have attacked surface transportation targets on more than 200 occasions since 2000, killing 362 and injuring more than 1,200 people.

But why Volgograd and why now? Would it not have been more effective to carry out a terrorist attack in Sochi itself, and to do so during or just before the Olympics? The easiest explanation is that the terrorists had an operational capability in Volgograd and chose to use it before it was detected by authorities. Russian authorities reportedly have thwarted terrorist plots in other parts of Russia. And Sochi right now must be a very hard target. Carrying out attacks in Volgograd also reminds Russians that heavy security in Sochi is no guarantee against terrorist attacks elsewhere in Russia during the Olympics.

Or could the attacks in Volgograd be the opening salvo of a terrorist campaign that will be carried out between now and the opening of the Olympics on Feb. 7? Whether Umarov has managed to build a network capable of such a surge has to be one of the authorities' chief concerns, although historically it has proved extremely difficult for terrorists to sustain a high level of activity over a period of weeks in Russia. We shall see.

It also is possible the attacks in Volgograd could be a diversion calculated to distract attention from terrorist plots elsewhere? Could the terrorists have weapons prepositioned and operatives already in Sochi? It is not that far-fetched. Chechen assassins killed the previous pro-Russian president of Chechnya with an explosive device built into a football stadium where it was known he would be sitting.

There is yet another possibility. Russian intelligence is certainly monitoring some of the terrorists' plots and may yet swoop in to disable them just before the Olympics, giving the terrorists no time to repair damage and prepare new operations. Launching attacks now could force Russian authorities to impose ever more heavy-handed security measures, exposing Putin's Russia as a police state.

Whatever the motivations, the attacks in Volgograd sent a chilling reminder that a serious terrorist threat exists at a time when the world's attention is about to focus on Russia as Olympic host. The timing was surely no accident.

This commentary originally appeared on U.S. News & World Report on December 31, 2013. Commentary gives RAND researchers a platform to convey insights based on their professional expertise and often on their peer-reviewed research and analysis.