A Warm Bed on a Cold Morning: When Waking Up Is Hard to Do 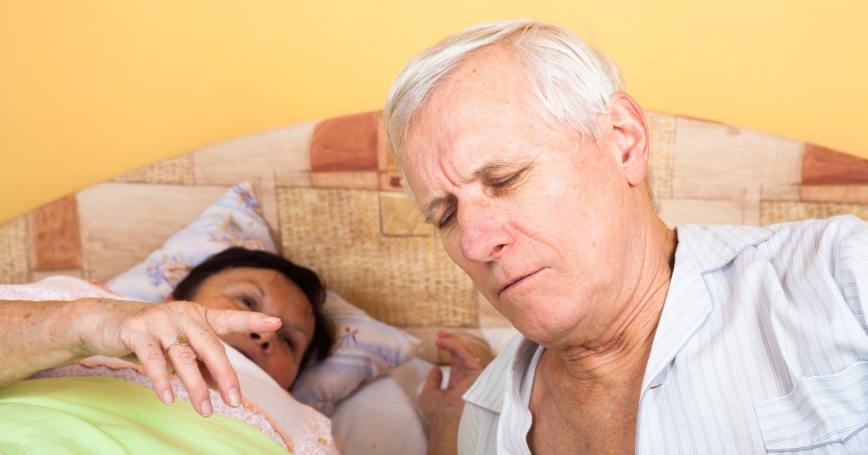 The so-called Polar Vortex of 2014 appears to have run its course, leaving in its wake a large swath of America still wondering what just hit it. After days of single digit temperatures and sub-zero wind chills, many Americans are just plain sick and tired of winter weather. And when I say tired, I mean, literally tired. In fact, the bitter cold and the havoc it has wreaked on schedules, all in the wake of a hectic holiday season, is enough to make some people feel like crawling back into bed and hibernating until spring. But as seductive as a warm bed may be on a cold morning, staying in bed too long can lead to disrupted sleep and a sleep-sapping case of the winter blues. These are the times when we need to resist the urge to hibernate and force ourselves to get going. Here are some tips to keep the winter chill from disturbing your sleep and your mood.

Let's face it, waking up is hard to do particularly when facing the cold reality of a dark winter's morning. Thanks to Celebrex commercials we are all very familiar with Newton's First Law — “A body at rest tends to stay at rest, while a body in motion stays in motion.” A similar construct applies to sleep, which we call “sleep inertia.” Simply stated, it is very difficult for your brain to make an abrupt shift from a sleeping state into a wake state. In other words, a body at rests tends to want to stay that way. When we are forced to wake up abruptly, our brains are essentially in an in-between state — not fully awake, and not fully asleep. This results in feelings of grogginess and fatigue that can last for a few minutes, an hour, or longer. Although there is no real “remedy” for sleep inertia, there are some things you can do to reduce the intensity or duration of this uncomfortable transitional state.

Maintaining a regular sleep schedule based on sufficient hours of quality sleep will allow you to avoid the increased risk of sleep inertia that comes from sleep deprivation. And now that you know that sleep inertia is a normal biological state with no known remedy, my best advice is to just force yourself out of bed as quickly as possible. Don't think about it. Use the invigoratingly cold temperatures to your advantage by throwing the covers off and immediately putting your feet on the floor. Once you've done that, the hardest part of the battle is done. A few jumping jacks, push-ups or running in place before beelining to the warm shower, can help get the blood pumping and shake the cobwebs off.

With the temperatures as dangerously cold as they have been, many of us are doing everything we can to limit our time outside, resulting in reduced exposure to light. Seasonal affective disorder (SAD), a type of depression that usually strikes during the winter, is thought to be caused by lack of sunlight. Reduced exposure to light can disturb your internal biological clock (circadian rhythm) and your sleep-wake cycle, leading to poor sleep quality and depressed mood, irritability, and fatigue during the day. Researchers from the University of Chicago found that office workers that are exposed to natural light are more physically active and sleep an average of 46 minutes longer at night than their sunlight deprived colleagues. A relatively inexpensive ($100 or less) light box can provide hope for the windowless. I recommend using a light box of 10,000 lux for approximately 30 minutes each morning, immediately upon awakening. You can read a book or do your make-up as you sit in front of the light box and get some energy-generating morning light to kick-start your day, and set yourself up for a more restful sleep the upcoming night.

3) Reward yourself with some kindness.

These temperatures are unpleasant, there's no way around it, but taking care of yourself and finding little moments of pleasure during the day can help you avoid the winter blues and keep your sleep schedule intact. Show yourself some kindness with a special latte (decaf if it's late in the day, of course) or other treat. Give yourself the time to try a new exercise class — now would be a great time to try out the “hot yoga” craze — get a good workout and actually feel too hot for a change. The idea here is to reduce the tendency to slip into negative moods by increasing the amount of pleasurable activities in your life. Take some time and write yourself a list of practical, but pleasurable activities and make sure to do at least one per day. Having a really down day, boost it up to two.

Wendy Troxel is a clinical psychologist and behavioral scientist at the nonprofit, nonpartisan RAND Corporation and an adjunct assistant professor at the University of Pittsburgh, Departments of Psychiatry and Psychology.

This commentary originally appeared on The Huffington Post on January 15, 2014. Commentary gives RAND researchers a platform to convey insights based on their professional expertise and often on their peer-reviewed research and analysis.