Ask Me Anything: Deborah Cohen on How to End the Obesity Epidemic 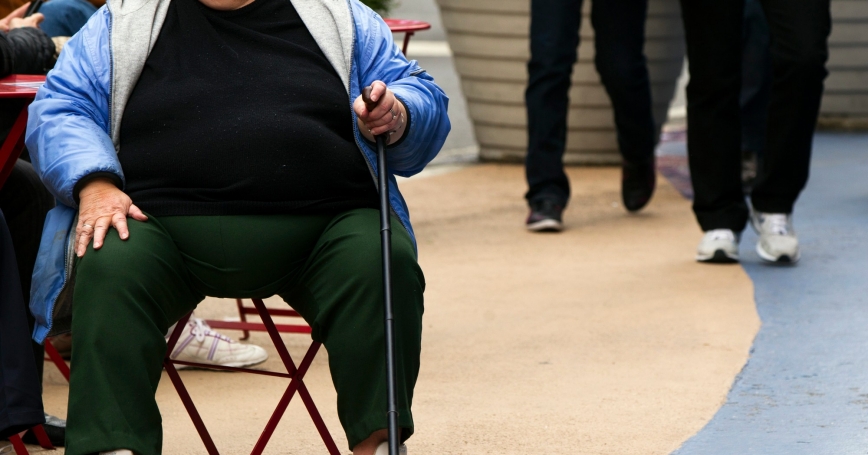 After the chaos and overindulgence of the holiday season, January is when many people attempt to improve all kinds of health behaviors. We aim to get more sleep, reduce our stress, join a local gym, or finally kick that smoking habit.

But perhaps the most common New Year's resolution is improving our eating habits. According to Dr. Deborah Cohen, who hosted an “Ask Me Anything” session on Reddit yesterday, that's much easier said than done.

Cohen is a public health expert who specializes in how environmental factors influence health. She's also the author of A Big Fat Crisis, a new book that unpacks:

In an op-ed published this week in the Los Angeles Times Cohen described how the odds are stacked against dieters. In the Washington Post last week she described common myths about obesity. And her book has already gained the attention of the New York Post, Boston Globe, and Huntington News, among others.

In yesterday's “Ask Me Anything” session, Cohen answered questions on a variety of issues related to obesity and diet. Here's a taste:

Which individual, organization, government, or company should be blamed for not combatting obesity—or even for encouraging it for their own gains?

Cohen: Over the past few decades, the food system has been designed to maximize the sale of calories. I think the most important lever is at the point of purchase, where people choose what to buy and eat. So restaurants that serve too much food and food of poor nutritional quality are responsible. Supermarkets that encourage impulse buying of junk food—they're paid by manufacturers to do so—are also responsible.

Do you think that “big is beautiful” and “plus-size models” encourage obesity?

Cohen: No. It's a way to cope with the current high rates of obesity, but it fails to point out the epidemic's true causes. What we need to do is shatter the myth that body size has anything to do with moral character. The fact is that the obesity epidemic is more about irresponsible business practices than irresponsible people.

Have you tried the Grilled Stuft Nacho at Taco Bell? Thoughts?

Cohen: No, but I am working on a project with loncheras (food trucks) in Los Angeles to help them develop and sell “La Comida Perfecta”—the perfect meal. These meals have at least one cup of vegetables, half a cup of fruit, no more than three ounces of meat, include whole grains and some dairy equivalents, and are less than 700 calories. You should try one!