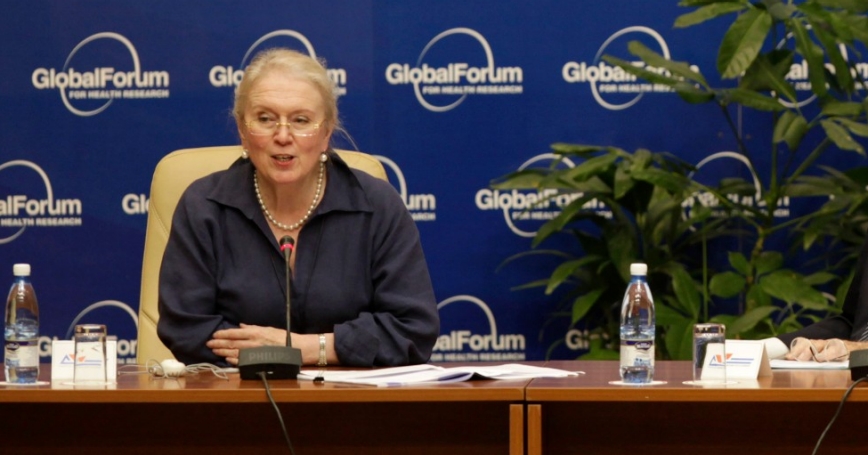 Dr. Gill Samuels CBE joined the RAND Europe Council of Advisors during its meeting in January.

Samuels is a physiologist and neuropharmacologist by training and was Director of Cardiovascular Biology at Pfizer, contributing to the discovery and development of a number of medicines. Subsequently she was appointed Executive Director of Science Policy for Europe. Since her retirement in 2005 she has continued her interest in policy and strategy development in complex environments, with a focus on both innovation and practical deliverability, and the use of data and evidence to support decisionmaking.

She has served on the boards of a number of research councils, including the Medical Research Council and the Biotechnology and Biological Sciences Research Council, as well as UK government initiatives such as the Human Genetics Commission, Commission on Intellectual Property Rights, Biosciences Futures Forum, Medicines Foresight Panel, and SETFair (Science, Engineering, and Technology Fair) on women's careers in science. Samuels has also been a Special Advisor to both the British Council and the World Health Organisation. Until recently she chaired the Foundation Council of the Global Forum for Health Research and was a member of the board of the NGO DNDI, the Drugs for Neglected Diseases Initiative.

Samuels was a founding member of the Rosemary Franklin Award of the Royal Society and of the Athena Programme for the advancement of women in academia. She is the immediate past Chairman and current Vice Chairman of the University Women's Club in London.

Awards include CBE (Commander of the British Empire), First Woman of Science Award from the Confederation of British Industry, Honorary DSc from Sheffield University, Honorary Fellowship from Cardiff University, Lifetime Fellow of the Royal Institution, and, much to her amusement, number 6 on the 2011 Reuter's list of Baby Boomer Achievers.